Nations let up on coronavirus restrictions and face 'a new normal'

Normal looks different around the world, from workers in India finally able to catch trains home, to shoppers on Rodeo Drive in Beverly Hills. 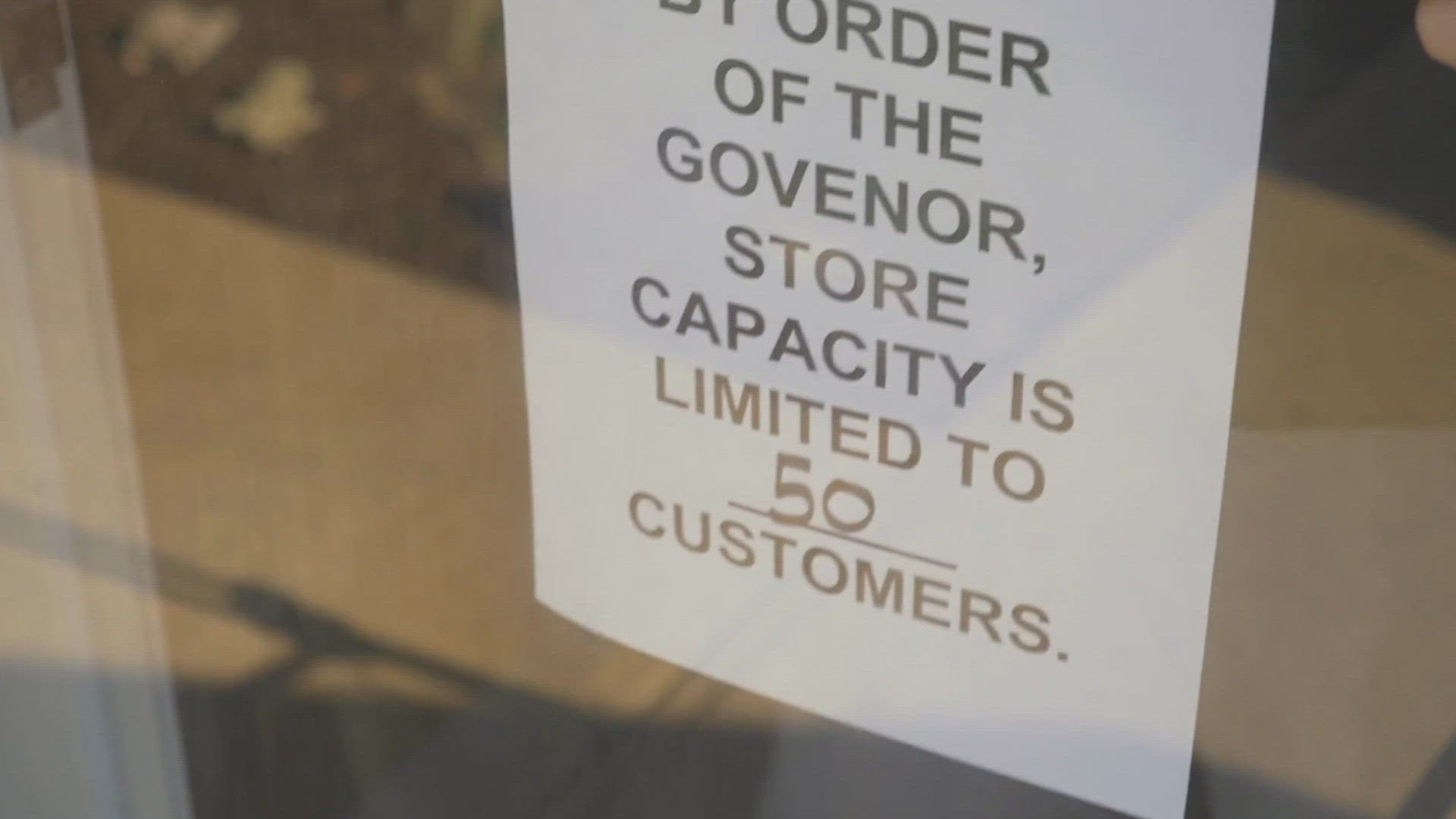 As nations around the world loosen coronavirus restrictions, people are discovering that "the new normal" is anything but.

Yet some realities have emerged: schools, offices, public transport, bars and restaurants are now on the front lines of post-lockdown life.

How each of those key sectors manages social distancing and tamps down on expected new outbreaks will determine the shape of daily life for millions as researchers race to develop a vaccine that is still likely months, if not years, away from being available to all.

What a return to normal looks like varies widely. For hungry migrant workers in India, it was finally being able to catch trains back to their home villages to farm while city jobs dried up. For hundreds of cruise ship workers stranded at sea for months, it was finally reaching shore Wednesday in Croatia. For wealthy shoppers, it was returning to the newly reopened boutiques of America's iconic Rodeo Drive in Beverly Hills, California.

In Italy, where good food is an essential part of life itself, once-packed restaurants and cafes are facing a huge financial hit as they reopen with strict social distancing rules. The losses are forecast to pile up to 30 billion euros ($32 billion) this year.

"We have to turn upside down all the activity that we did before," lamented chef Raffaele di Cristo, who now must wear a mask and latex gloves as he prepares food at the popular Corsi Trattoria in Rome. "Everything is changed. Slowly, slowly, we will try to understand and to adapt to this coronavirus."

Corsi reopened for business Monday with half its tables removed to ensure the mandated 1-meter (3-foot) spacing between tables. Hand sanitizing gel was placed at the entrance and a new ordering system was installed so customers can read the menu on their phones.

Some shops in Italy have complained about a shortage of gloves keeping away customers. Veneto Gov. Luca Zaia said Wednesday he would change the rules on wearing gloves in clothing stores and shoe shops and substitute sanitizing gel instead.

Slovakia reopened theaters, cinemas and shopping malls on Wednesday, all with new restrictions on visitor numbers, even though it has had only 28 deaths from COVID-19.

The head of the Dutch hospitality industry welcomed a decision to allow bars and restaurants to reopen on June 1, but warned about the impact of mandatory social distancing rules.

"The restrictions are unfortunately unworkable" for many businesses, said Rober Willemsen of Royal Hospitality Netherlands, adding that more government support is needed to ensure the survival of many bars and restaurants.

Cambridge became the first university in Britain to cancel all face-to-face lectures for the upcoming school year, saying they will be held virtually and streamed online until summer 2021. Other institutions have taken different tacks: the California State University system has announced that most classes will be online for the fall. The University of Notre Dame in Indiana will bring students back to campus but redesigned its calendar to start the semester early in August and end before Thanksgiving, along with ordering masks, testing and contact tracing.

In South Korea, hundreds of thousands of  high school seniors had their temperatures checked and used hand sanitizers as they returned Wednesday, many for the first time since late last year after their new term was repeatedly pushed back. Students and teachers were required wear masks and some schools installed plastic partitions around desks.

France is limiting spaces in its primary schools, giving priority to the children of essential workers and those in need. Some younger students even go on alternating days, while high schools remain closed.

In the new normal, people's gratitude at being able to shop or eat out again is mingling with worries about job security.

Business was slow Wednesday at a Paris farmer's market with a mixed mood among the masked, gloved vendors. A man selling peonies and petunias said he was glad to get out and see shoppers again, while a woman selling asparagus and tomatoes behind a makeshift plastic screen grumbled that her customers were buying less than usual.

Fears about job security are not unwarranted. Airline engine maker Rolls-Royce announced plans Wednesday to cut 9,000 workers as it grapples with the collapse in air travel due to the pandemic. In general, those jobs come with good pay and benefits, and losing them is a sharp blow to local communities.

Some businesses are adapting quickly to new realities. In Kenya, safari operators have resorted to sharing live broadcasts  on social media in hopes that attention to endangered and other species doesn't fade.

Many governments, including those in scores of U.S. states, are in fierce disagreement over what the new normal should even be.

As beaches reopened in Barcelona, Spanish Prime Minister Pedro Sánchez asked lawmakers to back a plan to extend the nation's state of emergency by another two weeks until June 7. Spain's main opposition, the conservative Popular Party, rejected the move.

"You are like a headless chicken running around not knowing what to do," Popular Party leader Pablo Casado told Sánchez. "To endorse your extension would be irresponsible."

While infection rates have been falling in Asia and much of Europe, the pandemic is still spiking in Latin America. Brazil this week became the world's third worst-hit country with more than 250,000 confirmed cases despite limited testing. In Lima, the capital of Peru, coronavirus patients are filling up the city's intensive care beds.

U.N. Secretary-General Antonio Guterres warned Wednesday that the pandemic could push millions into extreme poverty in Africa, where the virus has reached every country. Guterres said Africa needs more than $200 billion and "an across-the-board debt standstill" for struggling nations.

"(This must be )followed by targeted debt relief and a comprehensive approach to structural issues in the international debt architecture to prevent defaults," he added.

More than 4.9 million people worldwide have been confirmed infected by the virus, and over 323,000 deaths have been recorded, according to a tally by Johns Hopkins University that experts believe is too low for reasons that differ country by country. The United States has seen nearly 92,000 deaths and Europe has had nearly 165,000.

Russia and Brazil  are now behind only the United States in the number of reported infections, and cases are also spiking in India, South Africa and Mexico. Russia announced Wednesday that its coronavirus caseload has surpassed 300,000, with the death toll almost reaching 3,000.

Corder reported from the Hague and Blake from Bangkok. Associated Press writers around the world contributed to this report.