Montgomery County will remain in Phase 2 of reopening, officials say

"We worry about bringing in cases from the outside," Montgomery County Executive Marc Elrich says 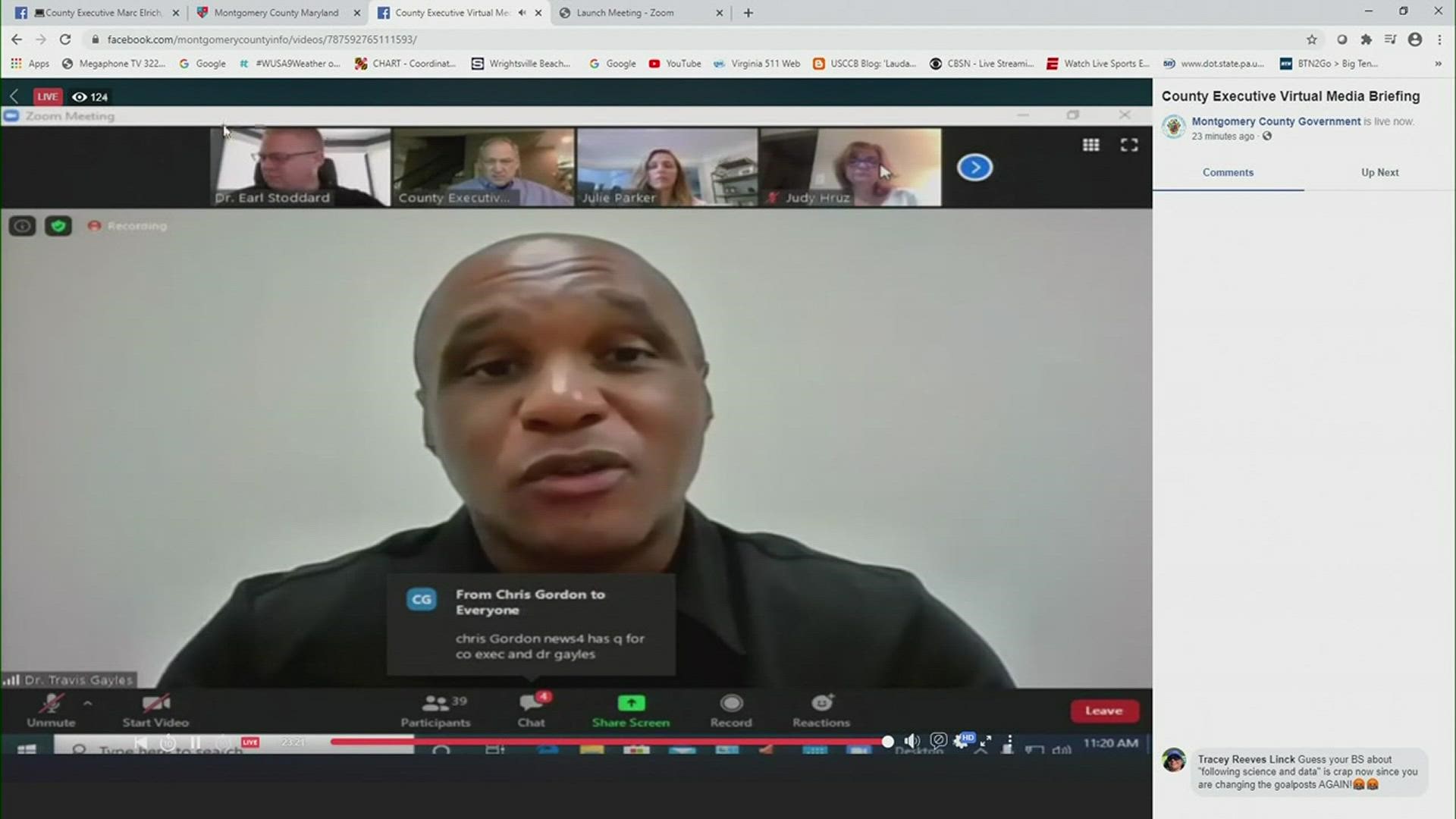 ROCKVILLE, Md. — Montgomery County Executive Marc Elrich said the jurisdiction will remain in Phase 2 reopening status over concern about an uptick in regional coronavirus numbers and sharp spikes in other states.

As cases of coronavirus across the United States increase to more than 3 million, Elrich said the county and region will need to remain vigilant.

"We worry about bringing in cases from the outside," Elrich said.

The D.C. region saw a sharp uptick in cases as the week began, with Virginia leading the way in new cases.

Virginia recorded 638 new cases Tuesday, up from an encouraging low of 354 the day before.

In addition, the 7-day average of new cases in Virginia is now trending slowly upward after hitting a low on June 21.

Maryland also saw a one-day spike in new cases from 272 Monday to 497 Tuesday.

Virginia is the only jurisdiction in the region to have moved into a phase 3 reopening plan, further loosening restrictions on indoor dining and gyms, as well as allowing gatherings of up to 250 people.

Elrich said he is concerned for Montgomery County.

"Everything we see is that it's harder to control this than people realize," Elrich said. "You can't just open things up and assume that everything you're doing is perfectly safe. We're already watching states roll back some of their openings. There were too many crowds and too much of a bar scene and all that has had a negative impact elsewhere. So while we're watching cases sky-rocket in a number of states and a general upward trend in the United States, we're trying to keep ourselves on a different trend."

Under Phase 2 in Montgomery County, which began June 19, concerts, theaters, senior centers, libraries, and many county recreation facilities remain closed. Indoor dining is allowed at 50% capacity. Retail stores and gyms are allowed to operate at a limited capacity of one customer per 200 square feet of space.

No crowds over 50 are allowed to gather, and masks are mandatory in retail stores statewide in Maryland.