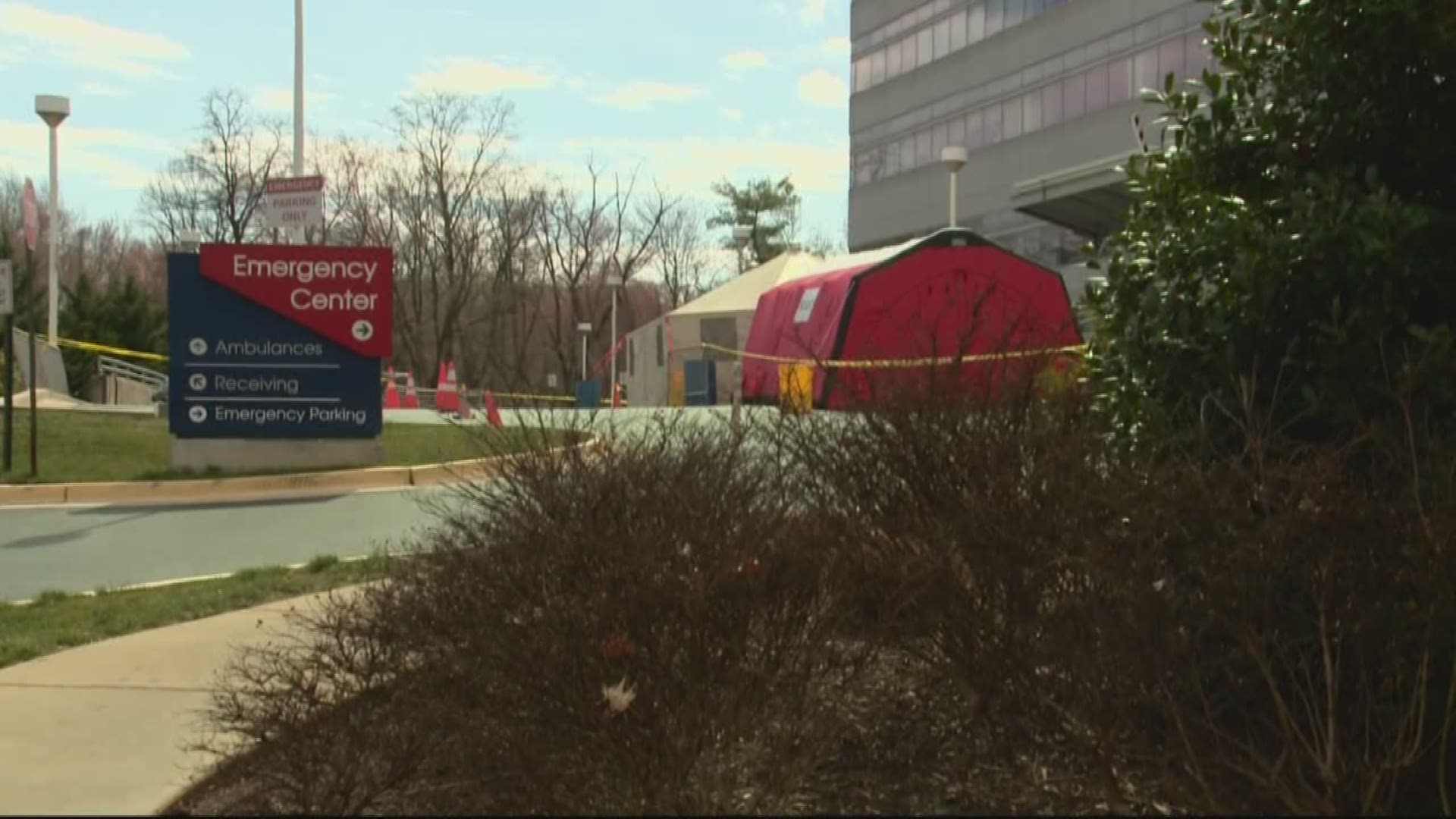 BETHESDA, Md. — All across the region, tents are going up outside hospital emergency rooms.

Montgomery County's Health Officer said the tents will help doctors and nurses screen patients before they go into the hospital.

Dr. Travis Gayles said he also hopes to have drive-through testing sites up and running in the county within days.

You can't see the tents from outside Suburban Hospital in Bethesda yet, but the Gayles said they've already been installed at four hospitals all across the county.

Workers have erected a couple of tents outside Holy Cross Hospital in Silver Spring, but they do not appear to be operational yet.

Gayles said described how expected the hospitals would use the tents.

Dr. Gayles said the tents are initially being set up simply for screening, but if the situation gets worse, they could also be used to expand the capacity of the hospital.

"Increased testing," he said. "Standing up a mobile command center of sorts."

Lots of people are asking how long this is going to last. Dr. Gayles said it really depends on all of us. If we're effective at social distancing and other measures, we could slow the spread of the virus and it could be weeks.

If we don't, it could be months.