Montgomery County Council approves extra $5 million for restaurants and retail. Here's who will be getting it 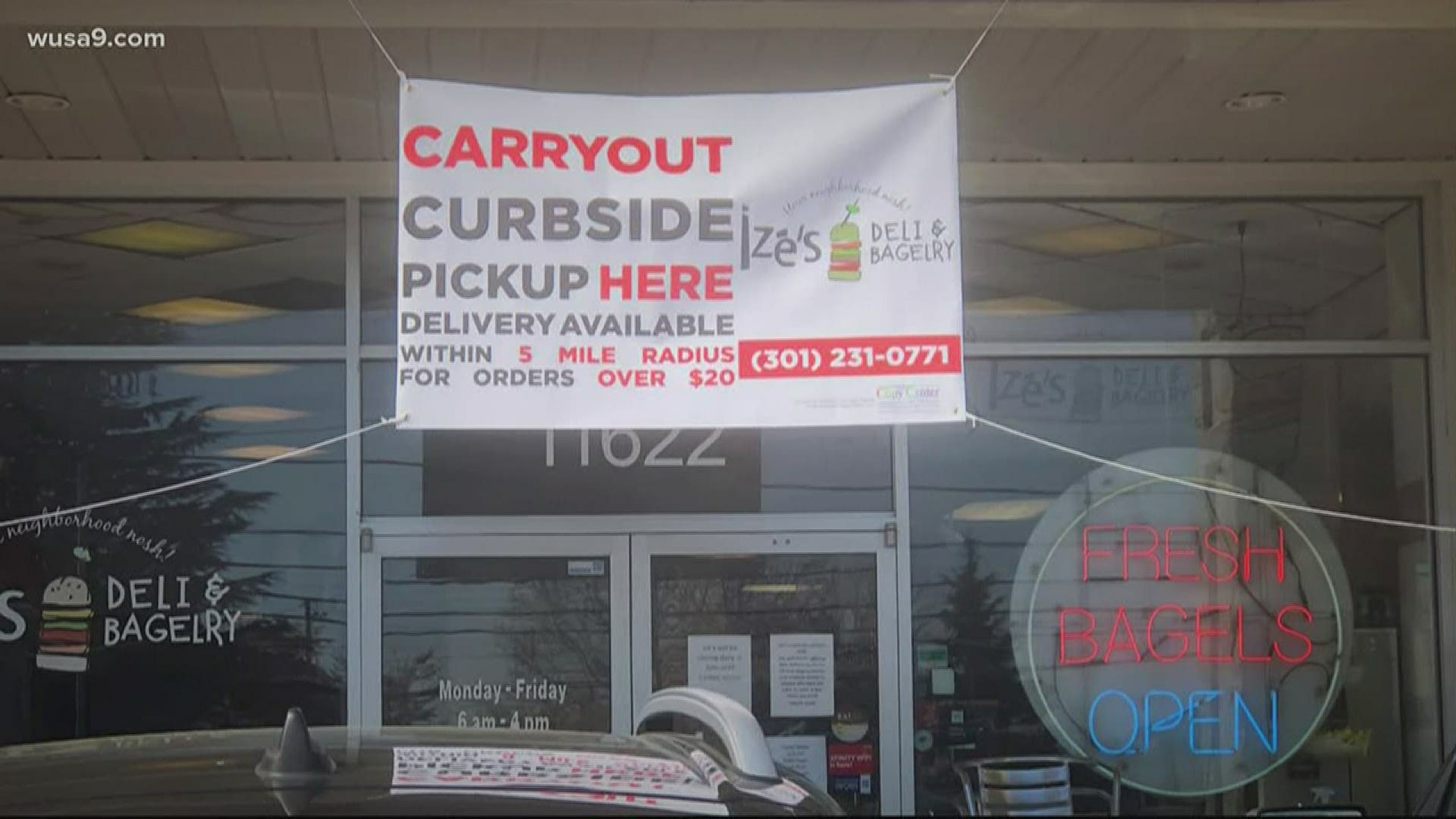 The council passed the PHEG program a couple of weeks ago, allocating $20 million to grants to help small businesses. The council set 25% of that, or $5 million, aside for restaurants and retail stores.

“Not only are they the creators of so many jobs… but they have their whole life savings at risk," Councilman Tom Hucker said. "They’re trying to pay their mortgage. They’re trying to keep their family afloat… and they don’t have any income coming in at all, and it’s not their fault.”

The special appropriation approved Tuesday adds to the money set aside specifically for restaurants and retail, bringing the total funds available to $10 million.

Each business can apply for a grant of up to $75,000. Hucker said the County Executive wanted to roll out the money in two phases, beginning with the smaller grants of $10,000 or less. Then, he said they'll evaluate the larger requests.

RELATED: Small business owners say Montgomery County grant could determine whether or not they survive the pandemic

Lee Greenberg, who has owned Ize's Deli and Bagel in Rockville for 17 years, said he applied for the county grant the day the application was available. He has also applied for both federal and state loans and grants. So far, he has yet to receive any relief while his business suffers.

“Since we’re down so much in sales, we’re struggling to make ends meet," Greenberg said.

He said sales have declined 60%, largely because his wholesale and catering customers have canceled. Greenberg said he's not sure what's going to happen to his business if he doesn't receive some help in the next 30-to-60 days.

"The longer this goes on, the worse it’s going to get," he said. "Eventually, that money's going to have to come due."

Greenberg and multiple other small business owners have been asking the council how they are deciding which businesses get the money – and how much.

Q: Who decides which business receives a grant?

A: "Staff in the county finance department."

Q: How are they determining how much money each business should get and who deserves a grant?

A: “There won’t be enough money to go around, and we should really try to  target it to the people that need it the most, I believe. The small businesses and to the ones that do not have another source of income for example.”

Q: How many people have applied for the grant so far?

A: “We’re not going to be able to help everyone. The program has been very very popular. There are 4,800 businesses that have applied for the grant."

Q: Will this be a separate application program than those who may have already submitted an application that fall under restaurant and retail?

A: “No, anybody who has already put in an application, there will just be increased chances that they get some funds.”

Q: When can business owners expect a grant?

A: "Hopefully, by the end of the week checks will begin being sent out."

“The overall goal that I think we all agree on is opening the economy as soon as it’s safe," he said. "Giving them a little hope that there is a light at the end of the tunnel, so they can stay in business."

RELATED: Technically, you're not allowed to buy gardening or painting supplies during Maryland's stay-at-home order

RELATED: Maryland barbers & stylists can reopen, partially. Not all are sure they want to