Metrobus is now free during the coronavirus crisis, but is for 'essential trips only' 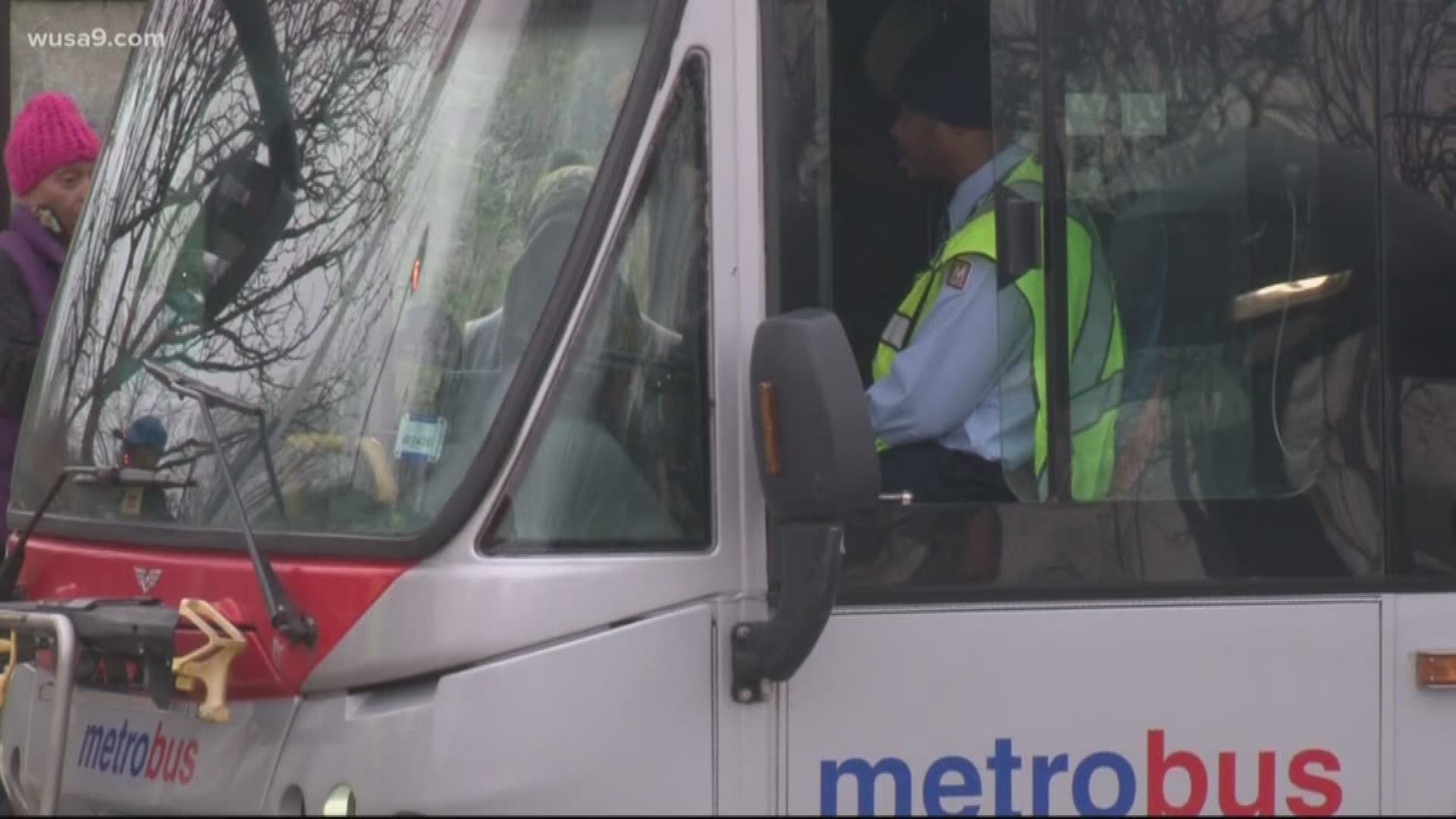 WASHINGTON — Metro’s board of directors has approved an emergency action to no longer require bus riders to pay fares. The transit agency also announced that beginning Tuesday, Metrobus riders will now only be able to enter through the rear door.

WMATA’s board of directors approved the move during a Monday afternoon teleconference in hopes of protecting bus operators from the spread of novel coronavirus. On Saturday, the transit agency confirmed that a Metrobus operator from the Bladensburg bus garage in Maryland tested positive for COVID-19.

The board motion waives bus fares for up to 60 days. It cites the Centers for Disease Control’s recommended 6 feet of social distance, noting that “the location of the farebox on Metrobuses makes such distance between customers and the bus operator impossible.”

A Metro spokesman sent WUSA9 a photo of yellow plastic chains now installed in the front of buses, which the agency said can break away in the case of an emergency. Metro said it will still allow those needing a wheelchair lift to enter from the front door.

Metro said the request was by made union leaders to better insulate workers, who told WUSA9 they felt exposed to the spread of disease even behind plastic shields installed on most buses.

"We have the most dangerous job in the city right now," said Raymond Jackson, of ATU Local 689.

A Metro spokesman told WUSA9 that bus ridership is down 65%, and underscored that the system is only open to essential trips during this public health crisis. Right now, weekday Metrobus service is scaled back to a Sunday schedule.

“Our front-line colleagues make a choice each day to leave their homes at a time of great anxiety and uncertainty,” said Metro General Manager Paul Wiedefeld in a statement. “They do it out of a sense of duty – and to support this community. In turn, I ask the community to support them by staying home.”

RELATED: Photos: This is what the Metro looks like during the coronavirus