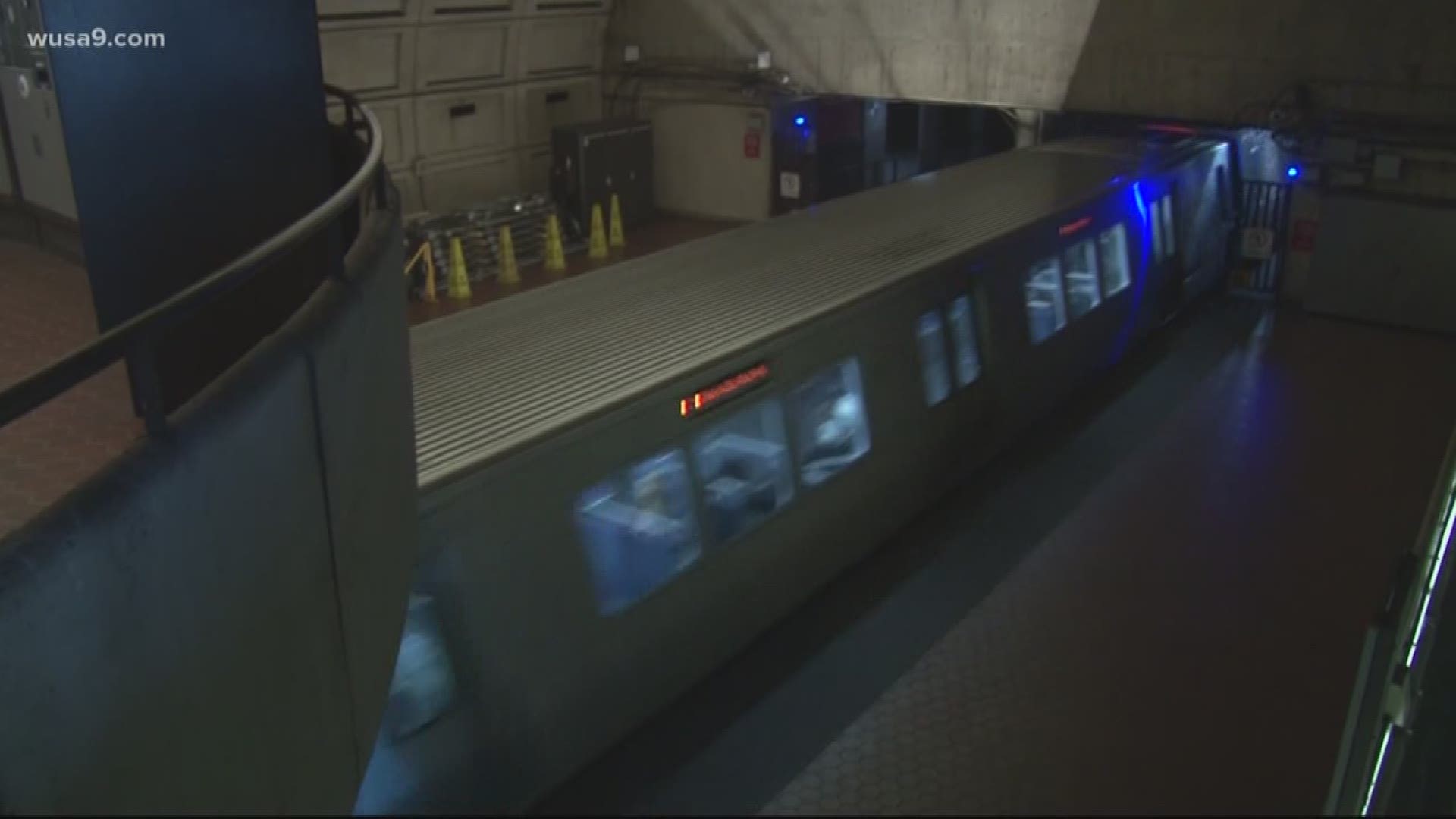 WASHINGTON — As Metro employees work to keep trains and buses running for essential trips only, additional protections are being implemented to keep the transit's workforce safe during the COVID-19 outbreak.

Starting Monday, Mar. 30, Metro says customers will no longer be able to board the front or rear cars of the train to create an additional buffer between the train operator’s compartment and the general public.

When a train arrives at the station, Metro officials say that the doors of the first and last railcars will remain closed when the doors on the remaining six cars open. Metrorail customers will only be permitted to occupy the train’s “middle” – second through seventh – cars.

Metro says that despite the fact that rail ridership is down about 93%, they will continue to operate all 8-car trains — the longest possible length — to allow plenty of room for safe social distancing in the remaining six cars.

Since activating Metro’s Pandemic Task Force in late January, Metro has ramped up its response to the growing pandemic. Now in Phase 3, the highest level of response, Metro is operating at reduced capacity to provide essential trips only, a position that helps reduce the risk of exposure to employees on the job.

On Friday, Metro closed 19 stations amid coronavirus concerns. After previously closing 17 stations due to decreased ridership, and a desire to conserve cleaning supplies, WMATA announced on March 26 that the Tenleytown and Van Ness stations were being closed, due to an overnight worker testing positive for coronavirus.

Officials said Metro has two to three weeks of disinfectant in its inventory and it can conserve if it cuts back on cleaning escalators, elevators, etc.