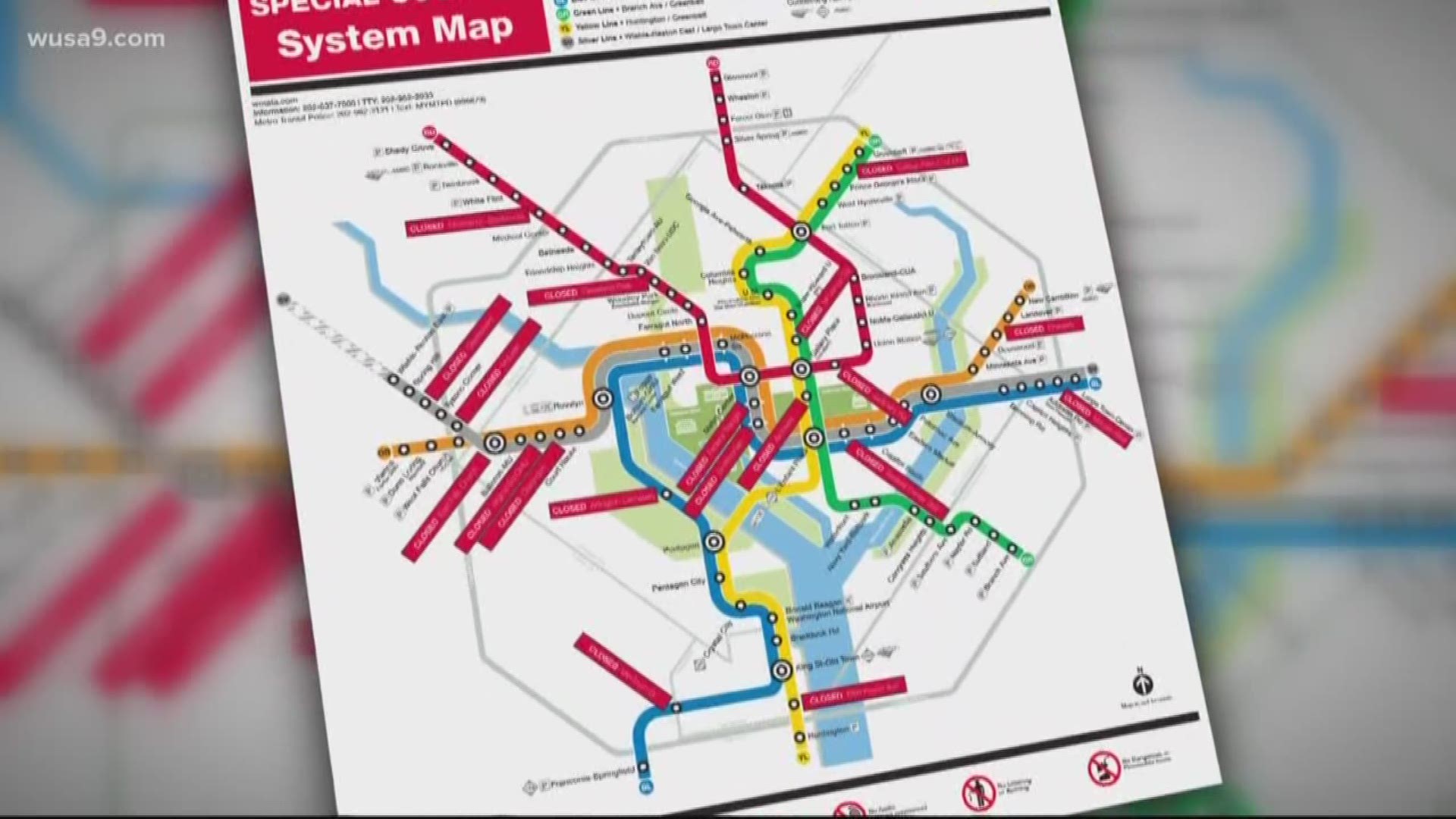 WASHINGTON — Metro has now officially closed 19 stations amid coronavirus concerns. After previously closing 17 stations due to decreased ridership, and a desire to conserve cleaning supplies, WMATA announced Thursday that the Tenleytown and Van Ness stations were being closed, due to an overnight worker testing positive for coronavirus.