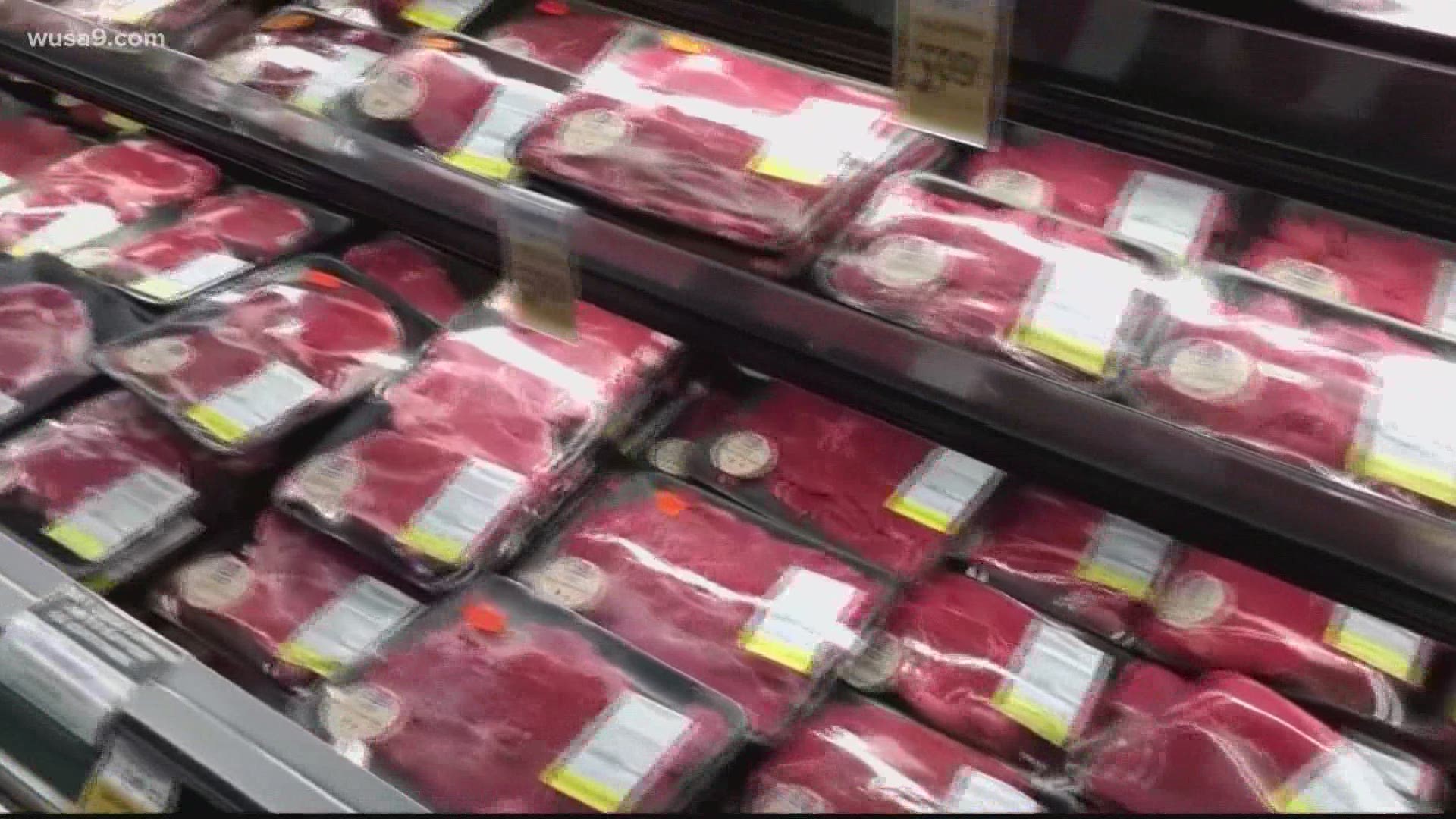 WASHINGTON — Some of the biggest meat companies in the country are facing a racial discrimination complaint from their workers.

During the pandemic, meat and poultry processing plants have been hot spots for coronavirus. A majority of those workers are people of color.

“30,000 meat packing workers have tested positive for COVID 19 and more than 100 have died,” Paul Bland of the legal advocacy group Public Justice said.

Back in April, President Trump issued an executive order to keep these plants open as the pandemic spread. Since then, in Maryland and Virginia, we have seen poultry workers demand more safety measures from their companies.

“The meat packing industry operates in a way that clearly violates CDC guidelines,” Bland said. “People are too close together and line speeds are too fast.”

This month, the meat and poultry worker groups asked Public Justice to help. In the past Public Justice has filed lawsuits, but this time the group is looking at a racial discrimination complaint. Bland explained 90% of the workers who got the virus are people of color.

In mid-July, Public Justice filed a racial discrimination complaint with the USDA against Tyson and JBS Foods.

“We are asking for an order from the Office of Civil Rights saying to these meat packing corporations you have to clean up your operations and operate more safely or you won’t received federal dollars,” he said.

WUSA9 reached out to both companies. Both strongly disagree with the complaints.

JBS foods sent as statement that read in part:

“The numerous nationalities, races and cultures in our workforce are the true strength of our company…Our efforts have followed, and often exceeded, CDC guidance. We welcome any review of our practices and response to the pandemic.”

Tyson has not responded to our request for comment.

WUSA9 also asked the USDA what the status of the complaint was. A spokesperson responded and said The USDA has said they do not comment publicly on complaints filed with the agency.

Meat and Poultry workers have filed a racial discrimination complaint against meat companies. They say the companies aren't properly protecting them from the pandemic and the majority of workers are people of color. #GetupDC @wusa9 pic.twitter.com/40IZWEslj4

RELATED: More than half of Maryland crab processing plants shut down due to lack of staff