Wearing masks may be mandated in Virginia 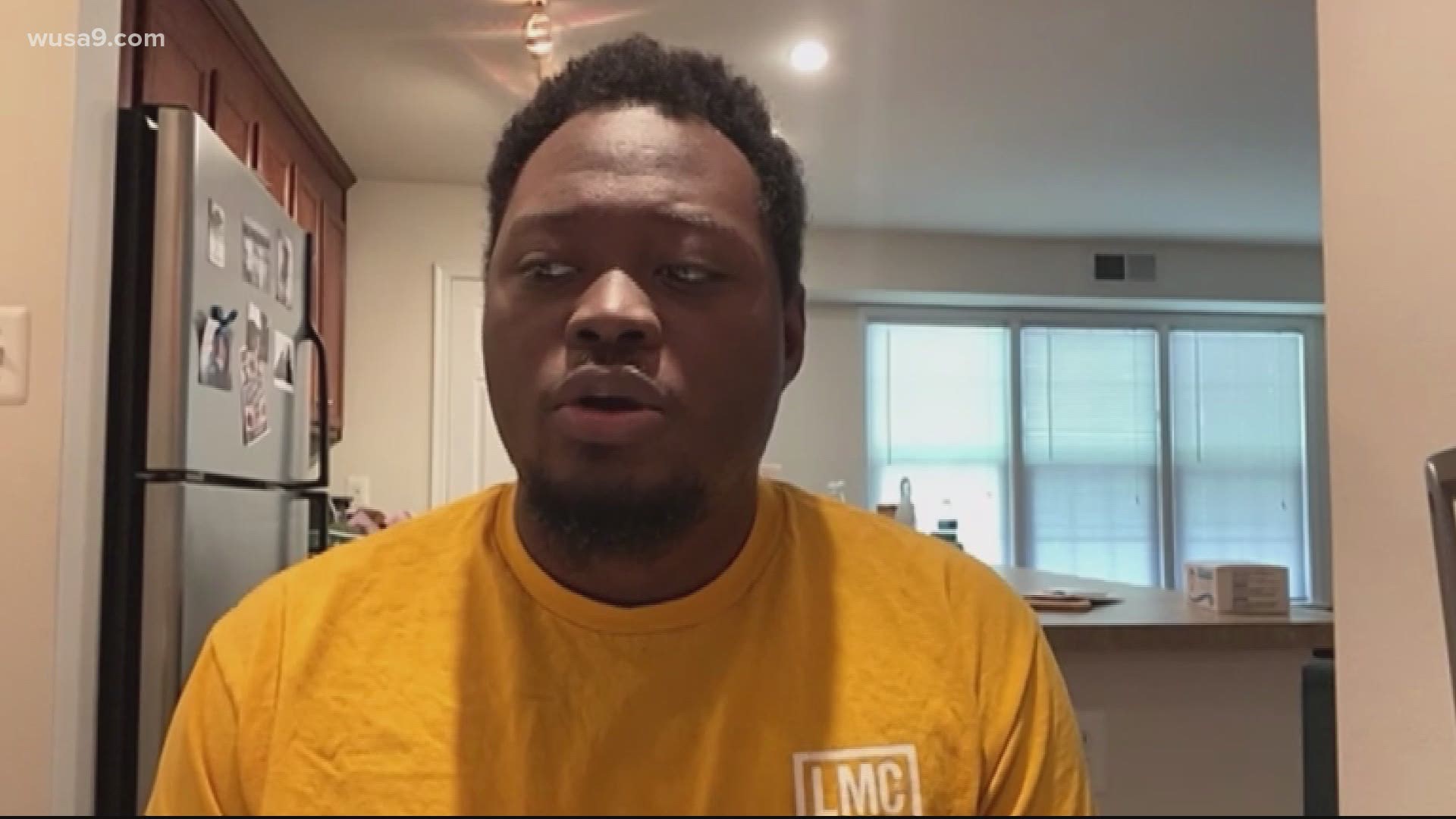 ARLINGTON, Va. — Face coverings could soon be required whenever entering businesses across the commonwealth.

So are people willing to mask up to help out?

WUSA9 spoke with a few Northern Virginia neighbors who said they’re on board with wearing masks.

"To see what it's like, and what it did to 34-year-old male who's in wonderful health. I can only imagine what it would do to my mother, who has battled cancer and has had a heart attack in the past," Kate Lancaster said.

For Lancaster, wearing a mask is an easy decision. The Woodbridge native said her boyfriend survived the coronavirus.

"Even if there was no mandate, I want to do this. I want to wear a mask as much as I possibly can. I don't think that I ever thought about how I could be affecting others," Lancaster said.

Allen Bowens couldn't have predicted he'd have to be so guarded when he relocated to Arlington, Va. just two months ago.

"Never in a million years would've imagined this," Bowens added.

Bowens is newlywed and a singer. He thought he'd be able to explore the streets of the DMV and curate music for his fans. Now, his goal is surviving the pandemic. He said wearing a mask for errands doesn't bother him.

"I would be OK with it, because you never know who could be at risk in the store, and honestly you never know, even if you're carrying the actual virus," he added.

Khaneisha Pagan, a real estate agent living in Alexandria, said wearing a mask has already become a way of life.

"I live in a condo building and they have asked us actually, even in the elevators going to pick up packages from the concierge, to wear masks," Pagan said.

Pagan said she and her team have seen a number of people buying and selling homes during the pandemic and she has the resources to provide masks for her clients as well.

"I bought a box of masks for my clients so when we go to view properties, we are actually adhering to that already. So, I'm excited about it because I think until we're able to really control it with a vaccine or any other scientific mechanism, I think this is going to be a good way to go about it," Pagan added.

Northam is expected to release more details about needing a mask during a news conference Tuesday.

RELATED: You may soon be required to wear a face mask in Virginia. Here's why

RELATED: Northern Virginia has not met all reopening metrics yet

RELATED: WHO warns 1st worldwide coronavirus wave not over