"Nothing is carved in stone," Maryland Governor Larry Hogan said.

GLENN DALE, Md. — The target for getting schools open again in Maryland is now April 24. But Governor Larry Hogan said that as COVID-19 cases continue to rocket upward, that date should not be considered set in stone.

"None of us can say that in four weeks everything is going to be great," Hogan said Wednesday. "Nothing is carved in stone. The decision is to spend the next four weeks trying to figure it out."

Parents like Prince George's County mother Damita Coates Wray said under the circumstances the decision was "no surprise."

"It's unsettling," Coates Wray said. "Its foreign territory. It’s hard to do any kind of planning in this scenario."

Coates Wray has a son and daughter who attend the Chesapeake Math and IT (CMIT) Academy North High School in North Laurel. She is a member of a parent group called Mocha Moms, which she says provides a sense of community to mitigate the stress. 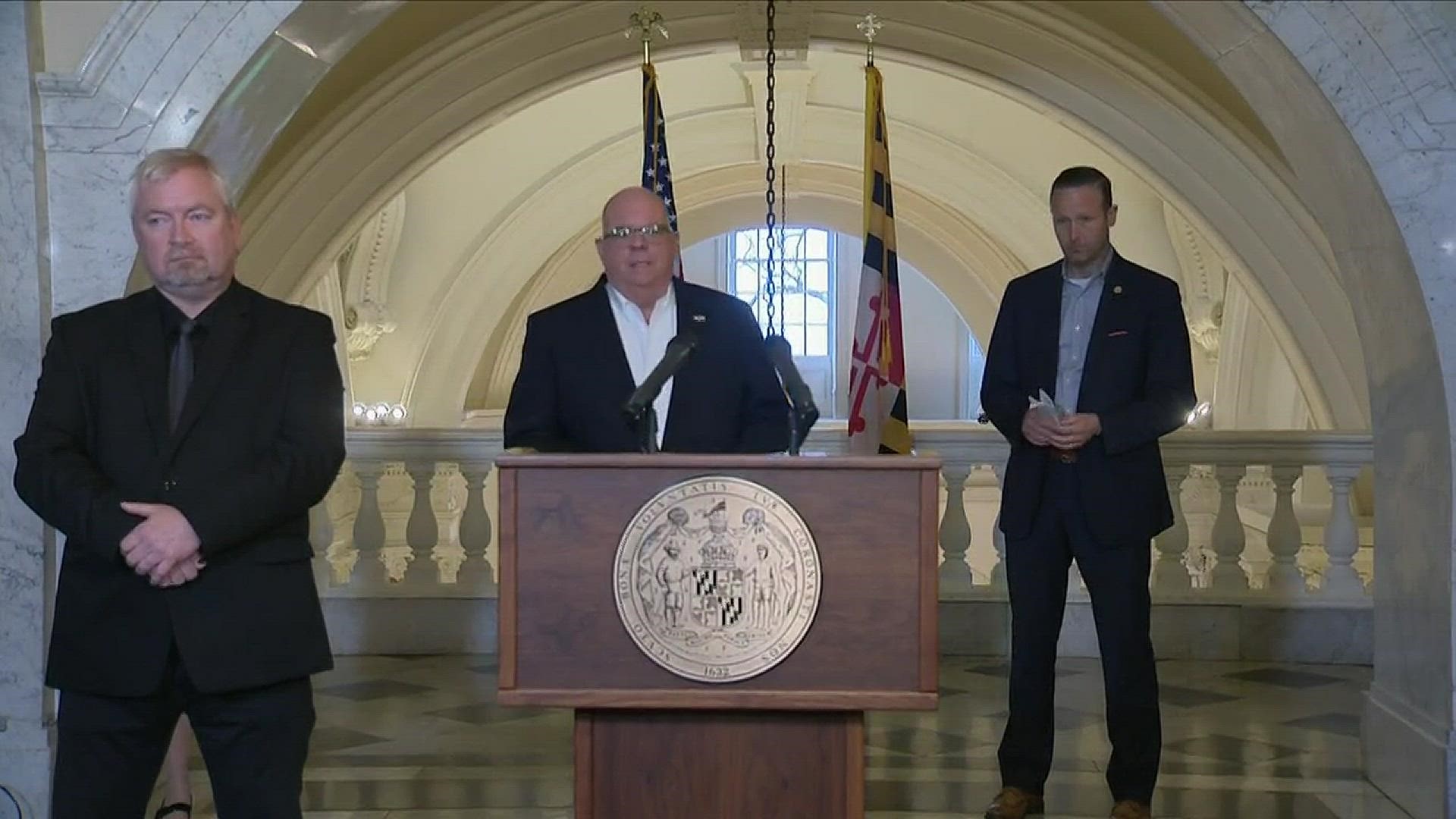 Her daughter, Dailyn Wray,s aid the novelty of being home from school has worn off.

"Right now everyone's just kind of sitting at home, not really knowing what to do," the 8th-grader said.

Dailyn is using her laptop as teachers pump out on-line assignments. But not all kids have computers or internet access.

Prince George's County's School CEO Monica Goldson has directed the school system to survey the families of all 136,000 students to see what might be possible.

RELATED: DC school lottery results to be released on schedule. Here's how to get yours

Joshua Omolola, a senior at Parkdale High School and the student representative on the Board of Education, said teachers are inventing solutions on their own.

"The Friday we left school, every student got at least two or three homework assignments," Omolola said. "I know that my teachers, and most teachers I’m checking in with, they’ve been posting stuff on Google Classroom. I actually just got off a Zoom call with one of my classes. We're having a discussion on a book we were assigned."

Board of Education member Edward Burroughs said there are challenging days ahead.

"There is no playbook for what do to in this case," Burroughs said. "This crisis has escalated so quickly."

RELATED: We're all in this together: How to get and give help during the coronavirus outbreak