Estimates from the CDC project the state may have already had at least 1,100 more deaths since March than it would have without the coronavirus. 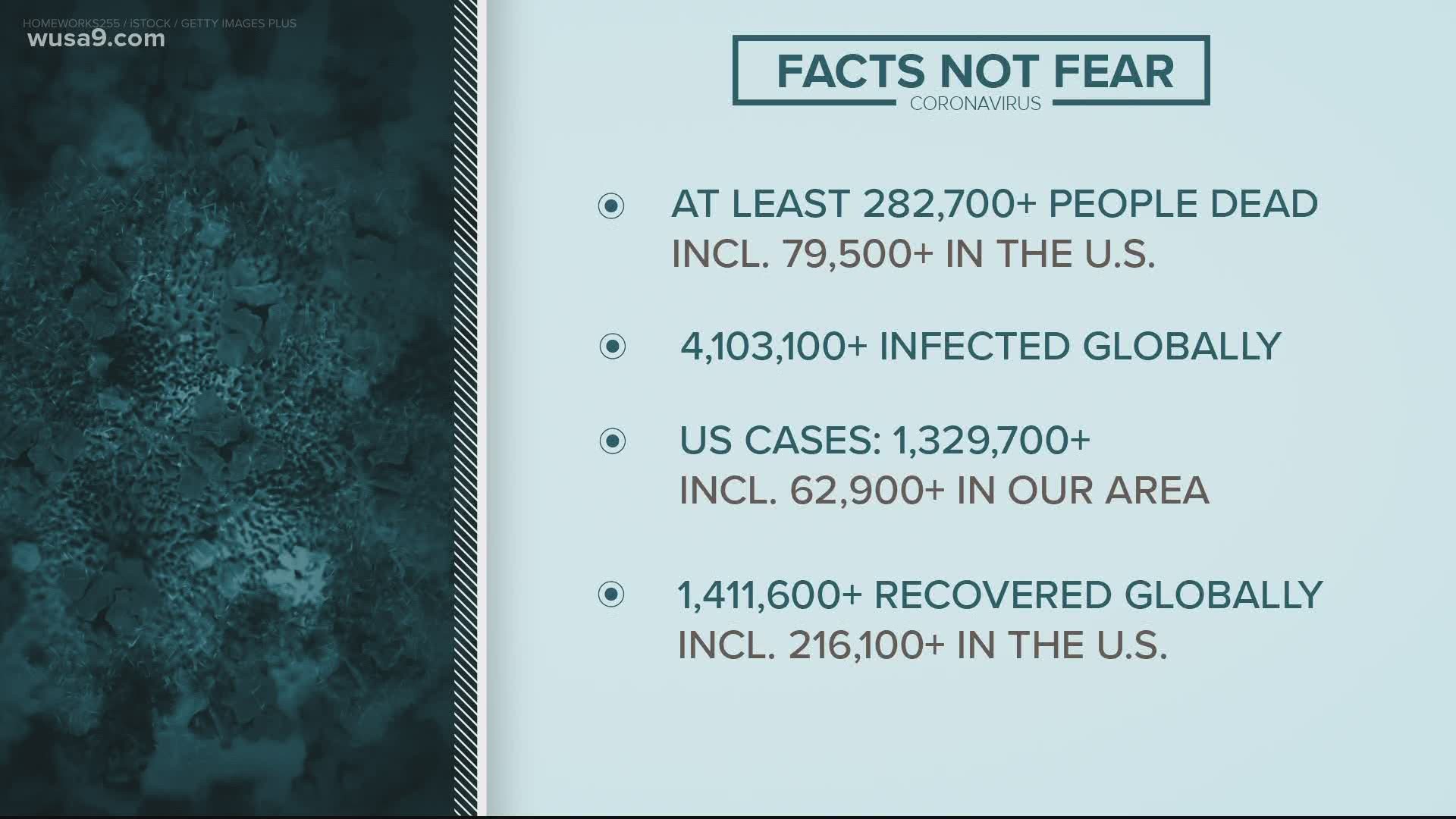 WASHINGTON — The coronavirus pandemic has so far resulted in more than 1,100 deaths in Maryland in March and April than otherwise might have been expected, according to estimates from the Centers for Disease Control.

The CDC uses weekly death totals reported by states to estimate what it calls excess deaths – the number of deaths above what historical trends predict for that week of the year. The current model ranges from the first week of January 2017 through April.

The excess death model is one way of getting an early, broad strokes look at how the virus is impacting the number of deaths, both directly and indirectly. Say, for example, a state reports 500 excess deaths during a week, and only 400 of those are attributed to the coronavirus. The remaining 100 could be deaths caused by secondary effects of the pandemic.

"These deaths could represent misclassified COVID-19 deaths, or potentially be indirectly related to COVID-19 (e.g., deaths from other causes occurring in the context of health care shortages or overburdened health care systems)," the CDC says.

Since weekly death reports to the CDC can lag behind the actual numbers – particularly when health departments are overloaded by a pandemic – the CDC uses a historical model to estimate what the actual death totals could be.

In Maryland, which reported its first case of COVID-19 on March 5 and its first death from the virus on March 18, the CDC model shows deaths began exceeding the historical average during the last week of March. Estimated deaths above the excess threshold during the month of April are as follows:

In total, the CDC estimates Maryland has seen 1,144 excess deaths since the last week of March. Of those, more than 750 are directly attributed to COVID-19.

A number of states have either such significant lag between reporting, or such low rates of complete reporting, that the CDC cautions its estimates may not be accurate for them. Virginia is one such state. WUSA9 is not reporting the excess deaths estimates for Virginia so as to avoid printing misleading figures, though if you would like, you may see the CDC’s model for the commonwealth here.