Maryland barbers & stylists can reopen, partially. Not all are sure they want to 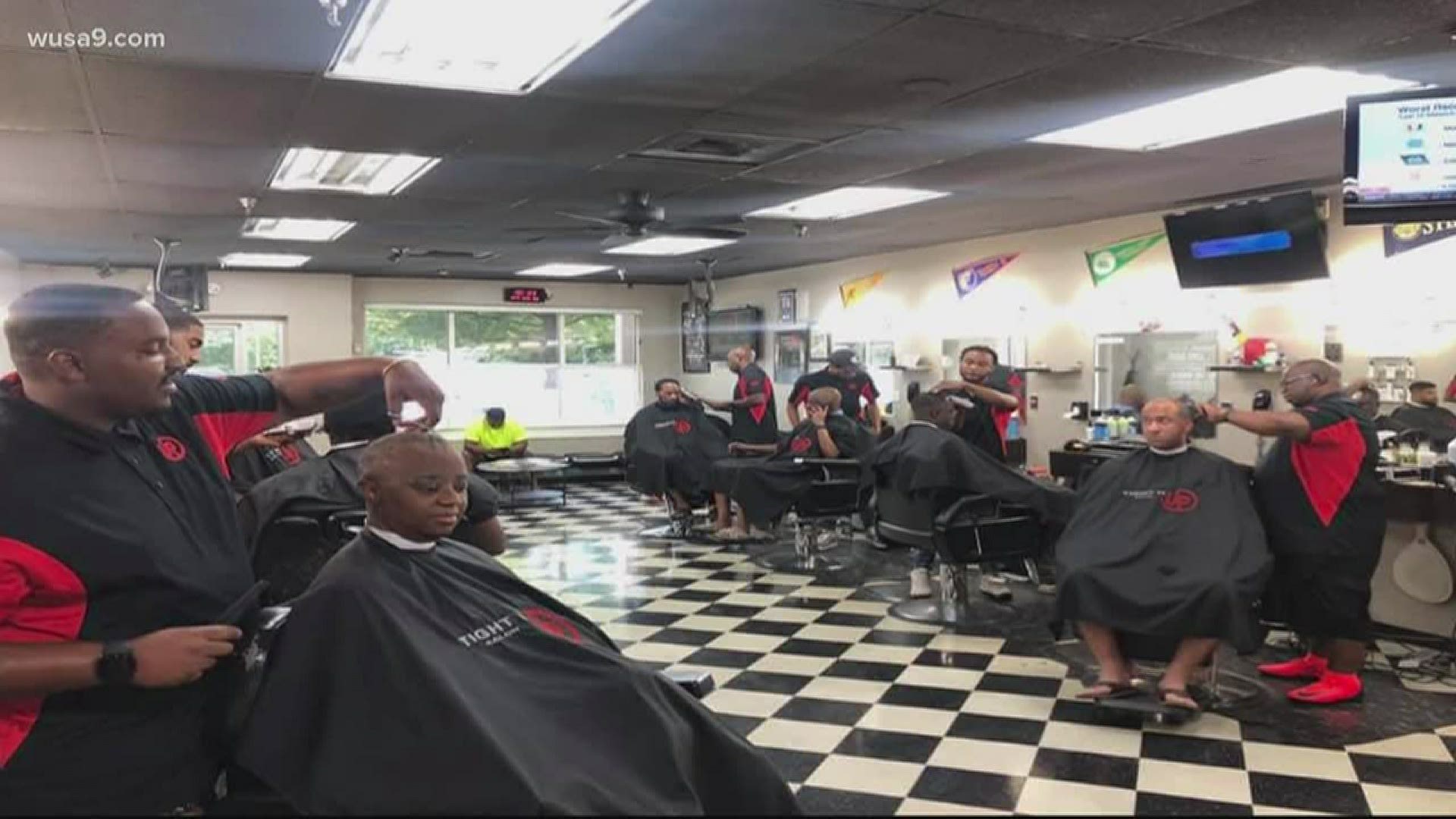 ANNAPOLIS, Md. — Essential workers can now get their hair cut by professionals in Maryland, but not all barbers and salons are sure they will offer up their services during the coronavirus’ spread.

The guidance amends an order originally produced by the Governor’s Office on March 30 that directed the state’s barbershops and salons to close.

The new guidance says barbershops and salons in Maryland can now provide their services to essential workers, under certain conditions.

The guidance says professional hair stylists can only accept one customer at a time on an appointment basis. Those same clients must provide written documentation of their employer’s grooming standards as well.

"It is generally assumed that this enforcement recommendation will be used for military personnel, first responders and other essential workers required to maintain certain, well-documented grooming standards as part of their profession, or where ungroomed hair could pose a safety risk," the guidance states.

Clinton Truesdale owns Tight N’ Up barbershop and salon in Bowie. He said the last month has been difficult.

RELATED: Here's when the DMV could start easing social distancing

He said he realizes the new guidance could help small businesses, but he said he felt the entire situation presents a “Catch 22” scenario to barbershops and salons.

Truesdale said while he would like to help essential workers, he is also worried about the possibility of him or his workers contracting CCOVID-19 from people who are on the front lines battling the disease.

“They are the ones who are high risk, the police officers, nurses, the doctors and stuff like that,” he said.

“I don't want to compromise not only myself, but other health care workers,” she said. “I'm sure they're working really hard to keep the numbers where they are.”

She said, at first, she was excited by the news from Governor’s office, but was later disheartened when she learned the guidance dictated just who she could and could not serve.

Dixon said she believes there is not enough testing yet to justify the re-opening of barbershops and salons.

“We don't have the ability to test,” she said. “What helps us to protect ourselves and lessen our risk out there?”

But, some people in the hair care industry say they are sure other barbershops and salons will reopen their doors in light of the new guidance.

“We don't have income,” said Ta’ler Robinson, owner of The Ta’ler Brooke Experience salon in Baltimore. “So, I completely understand that part.”

However, Robinson said she does not want to risk her health for money either.

“I know that he's [Hogan] doing his best to keep us all safe and healthy,” she said. “However, I'm a little unsure and hesitant about it as well.”

In the meantime, Robinson is supplementing her business by constructing wigs for women and producing hair care tutorials on her Instagram page.

“I went digital,” she said. “So, for myself, I'm not servicing clients. I'm not doing home visits.”

Meanwhile, Truesdale says he is waiting to receive financial support from other means. He applied for a loan from the U.S. Small Business Administration.

“I heard back from my bank today and they were saying that everything was set up,” he said. “Perhaps when the SBA get refunded they would look at my documents over again.”

WUSA9 has reached out to Governor Hogan's office for comment.