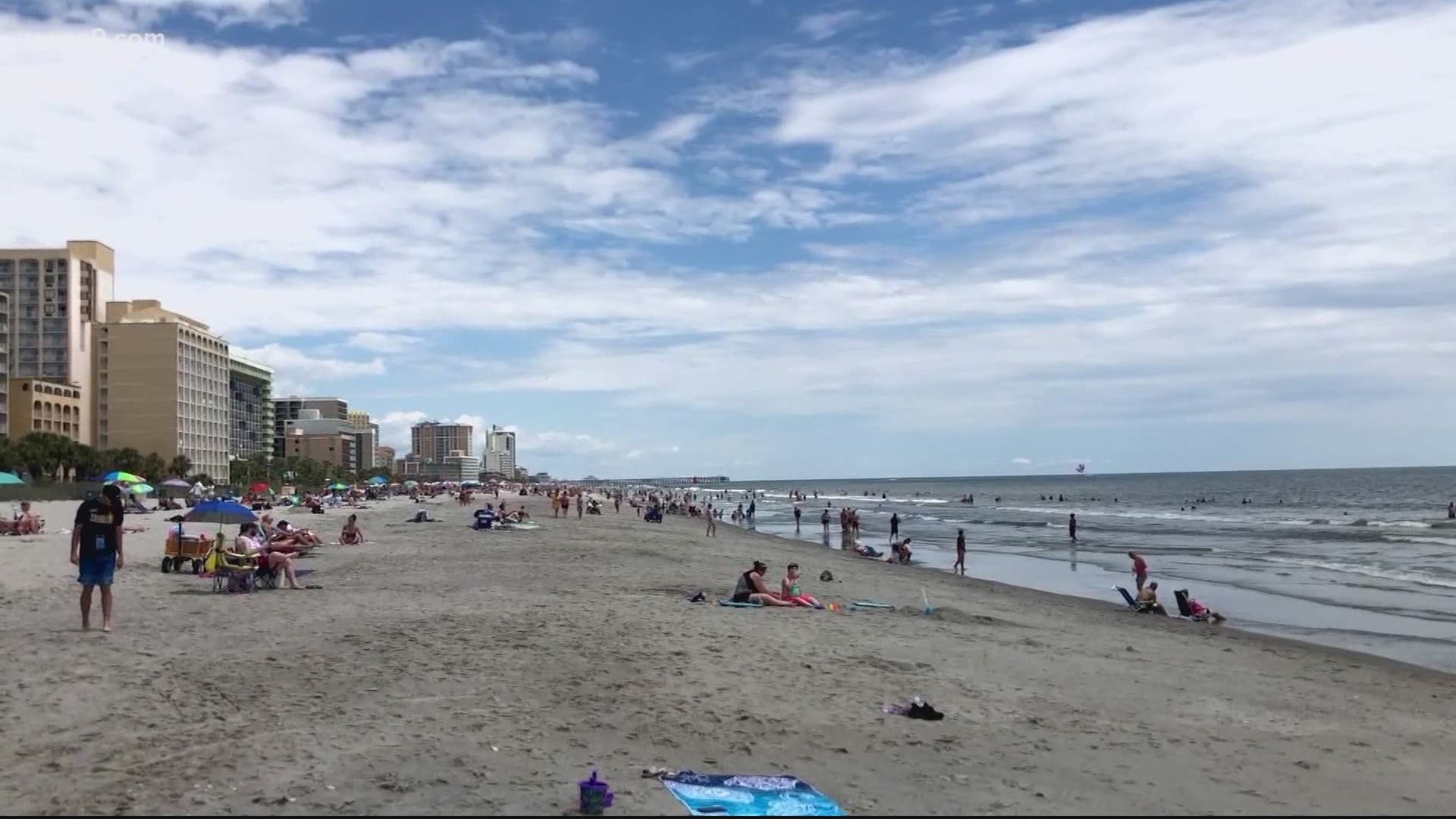 LEESBURG, Va. — Loudoun County health officials have observed a noticeable increase in the number of young people who have gotten sick from the coronavirus. The apparent culprit is an out-of-state "beach week."

Over the last week, Virginia Department of Health data shows 383 people have gotten sick from the coronavirus in Loudoun County.

That number represents 58% of all the infected people in that age group since the pandemic began in early March.

Loudoun County Health Director Dr. David Goodfriend said it appears many of the teenagers and young adults affected had traveled to Myrtle Beach, South Carolina over the last two weeks.

“Talking with them and talking with their doctors, it quickly became evident that they had a lot in common,” he said. “They had gone on a trip together, hundreds of them actually, to a type of beach week celebration in Myrtle Beach, South Carolina."

According to CBS affiliate, WBTW-TV in Myrtle Beach, six states have warned their residents about going to Myrtle Beach due to a coronavirus outbreak in that region.

“When people go to a beach week, they have a lot of people in the house spending the night together, going to parties together, not social distancing, not using hand sanitizer, face coverings,” Dr. Goodfriend said. “The virus is going to spread and it spreads quickly. And, then when people are driving back, even if you didn't pick it up, while you were down there, you can pass it on to other people in the car.”

So far, Loudoun County has yet to see any cases of people contracting the virus in Myrtle Beach and spreading it to other people in Northern Virginia.

“Their family members are likely exposed and some of their friends may have been exposed before they've been tested,” he said. “So, for them as well, it's very important that they stay in quarantine. What we don't want to happen is what's going on in Myrtle Beach to come up here to Loudoun County.”

Dr. Goodfriend said, so far, Virginia’s health officials and Gov. Ralph Northam have done a good job of working to keep the coronavirus’ spread at bay. However, he said it was important that Virginians continue to social distance and wear masks to prevent the virus from spreading even further.

“We're seeing this in Loudoun County, but it could happen anywhere,” Dr. Goodfriend said. “And, really, that's our message for parents for young adults. Be vigilant throughout the summer. It's very easy to think as we reopen our societies that it's okay to go back to normal, but we can't and if we do, we would expect to see outbreaks like we saw with the Myrtle Beach trip.”