Businesses across the DMV are taking a creative approach by promoting take-home party orders. WASHINGTON — New Year’s Eve would normally be a lucrative time of the year for bars and restaurants, but COVID-19 restrictions are creating more of a strain than a celebration.

Under Mayor Muriel Bowser’s latest executive order, indoor dining is banned in the District until January 15 due to a “surge of COVID-19 cases that has worsened dramatically in the past month.”

The recent changes are on top of another rule that prohibits alcohol sales after 10 p.m.

The combined restrictions have created a dampen for businesses like Shaw’s Tavern on Florida Avenue in Northwest, which would normally see packed crowds for their sold-out event on New Year’s Eve.

Manager Jake Hoke said while they have been lucky to stay open during the pandemic and understand the importance of reducing the surge of positive cases, ringing in the new year during a pandemic is a sobering reminder of how the industry has been struggling.

“Doing a New Year's Eve celebration that ends at 10 p.m. is very tough,” Hoke told WUSA9. “We're doing our best as far as keeping morale high and making sure people get as many hours as possible.” 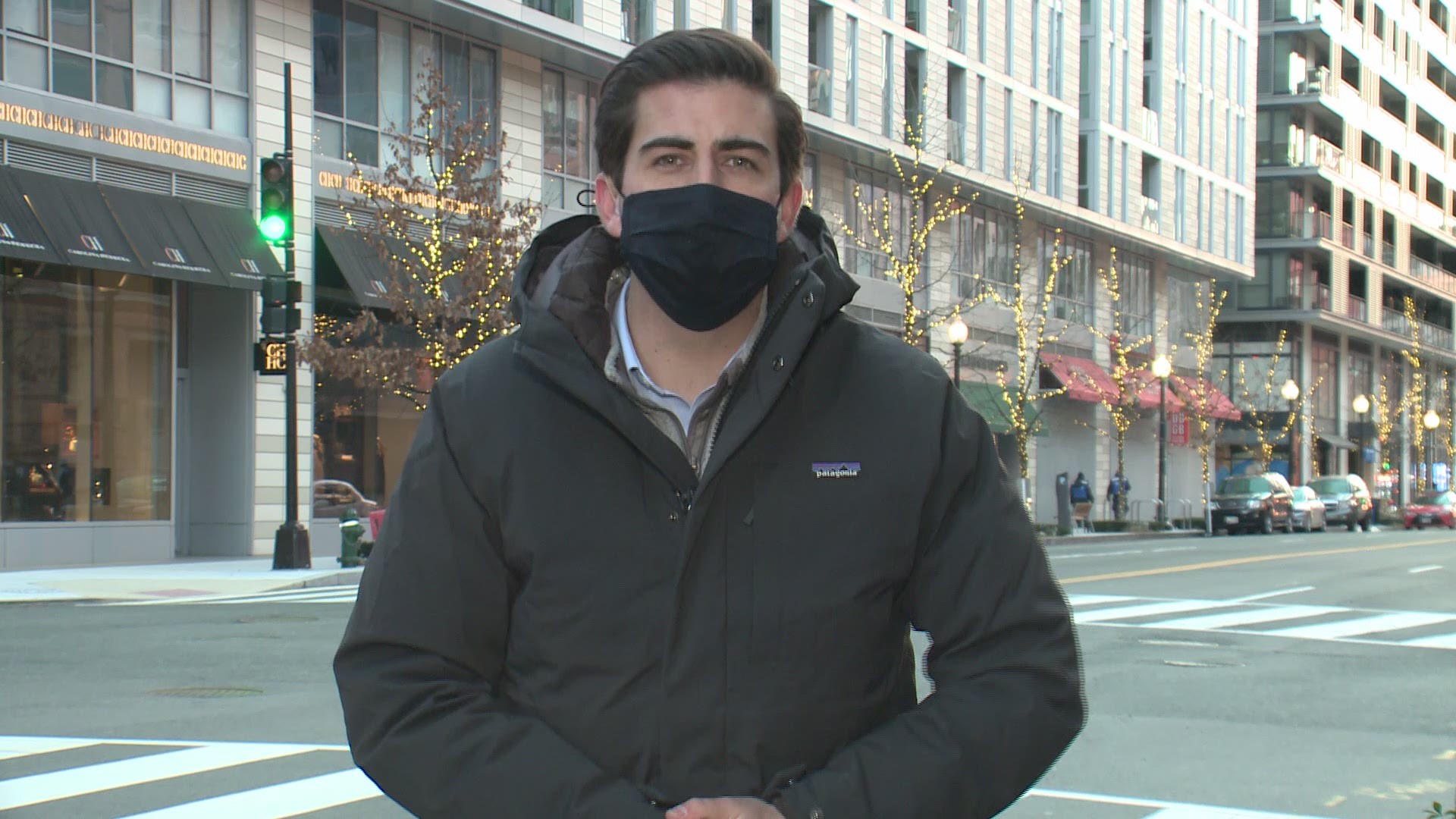 Hoke fears the tavern might have to resort to a limited number of employees again, like when the pandemic first hit in March. Normally, New Year’s Eve festivities and the month of December would bring in the big bucks thanks to private parties, but Hoke said they are now losing out on close to a million dollars.

To help celebrate while staying open, Shaw’s Tavern is now offering take-home party boxes that include a pizza, a champagne bottle, and noisemakers for $20.21.

Most restaurants in D.C. are taking a similar approach to accommodate people planning to party at home.

Diane Gross of Cork Wine Bar and Market said their boxes will include a dinner, snacks, champagne, party hats, noise makers and breakfast for the next morning. The business would typically seat 120 guests on New Year’s Eve but so far, there have only been reservations for 35 people.

Gross is also taking a creative approach by opening at noon that day and start celebrating every hour on the hour.

“It’s New Year’s somewhere. We thought we can have some fun with it because what else can you do?” Gross jokingly questioned.

Cork Wine Bar and Market is the first to receive the Streatery Winter Ready Grant from the city. The business has been surviving thanks to her wine store, but she admits they will miss out on at least $15,000 on Thursday. She considers making $4,000 a win during this time.

“I'm not afraid to put the numbers out there so people can see these are nights restaurants really rely on,” she said.

On top of having to work around the new restrictions this holiday season, owners also expressed concerns about the weather since outdoor seating is only allowed.