While the vaccine approval process continues, the work is underway to educate communities on vaccine safety and earn trust. 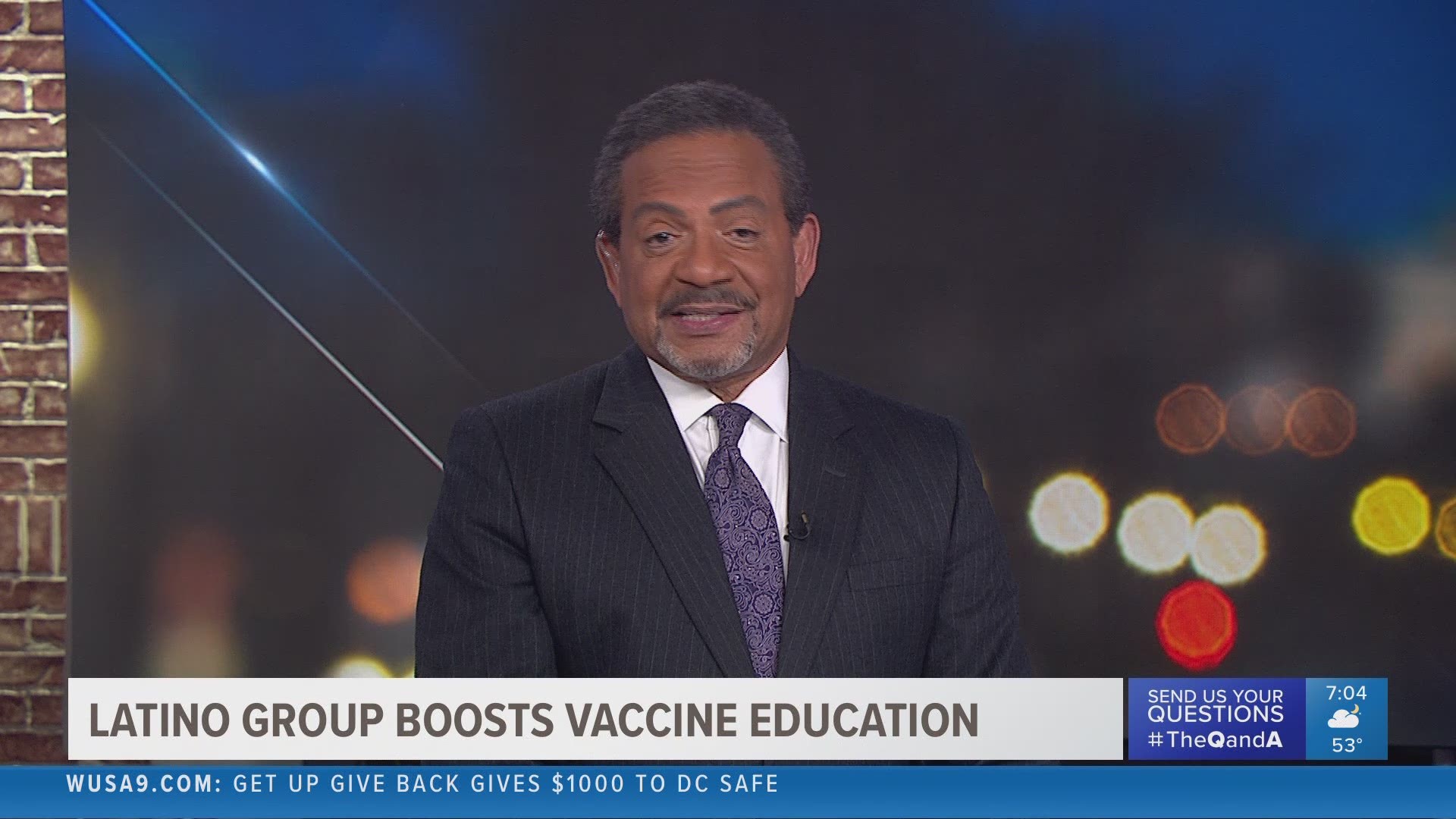 LANGLEY PARK, Md. — The United States has given the green light for the first COVID-19 vaccine, launching a nationwide campaign needed to defeat the pandemic with the FDA authorization of the Pfizer coronavirus vaccine. CBS is reporting that the first doses of the Pfizer vaccine will ship in less than 24 hours.

But what is being done within communities that have an inherent distrust of vaccines to foster an understanding of the benefits of receiving the vaccine when it is available?

"Our zip code, 20783, is the number one zip code in terms of number of positive COVID cases in the state," George Escobar, the executive director of CASA, said. "Obviously, we needed to lean heavily in on finding a solution to this," he said.

CASA is an organization that advocates for Latino and immigrant people in Maryland, Virginia and Pennsylvania. Based in Langley Park, Maryland -- an 80% Latino and immigrant community -- CASA partnered with the Operation Warp Speed team and Moderna to encourage more Latinos to participate in the COVID-19 vaccine trials, which they said was no small feat.

"We had to address the obstacles to just accessing these kind of research facilities in the first place right," Escobar said.

Instead of asking participants to take public transit to a university research center, they partnered with the University of Maryland Center for Vaccine development to build one in their Langley Park headquarters.

"Second, is just getting the information out in a culturally and linguistically appropriate way," he said.

That's why CASA brought on promotoras de salud, like Irma Justiniano, as a community organizer that is not only part of the community, but can speak to what it’s like to participate in the trial, first hand.

Justiniano, who spoke to WUSA9 in Spanish, said she received the first dose in August. She's one of a hundred Latinos to participate in the Moderna COVID-19 vaccine trial through CASA.

"I didn’t have any symptoms," she said.

Justiniano doesn’t know if she received the vaccine or a placebo, but she said she felt fine after receiving both doses this summer.

As a promotora de salud, Justiniano goes to places in the community where she knows she can engage with the community: bus stations, grocery stores, local businesses. She talks to people about how to stay safe during the pandemic and asks if they're interested in participating in the vaccine trial.

Escobar says grassroots efforts like this, are proving to be the best way to effectively engage with the Latino community.

"You saw folks hitting the streets today and still trying to recruit people for the vaccine research because it's still ongoing," he said. "We still have more work to do."

If you are a Latino and interested in participating in the vaccine trial through CASA, you can fill out a form on their website. Escobar said you should hear back from someone within a week to set up an appointment.