DC's Bailiwick Clothing is donating the profits from special shirt sales to laid-off service workers in the DC area. 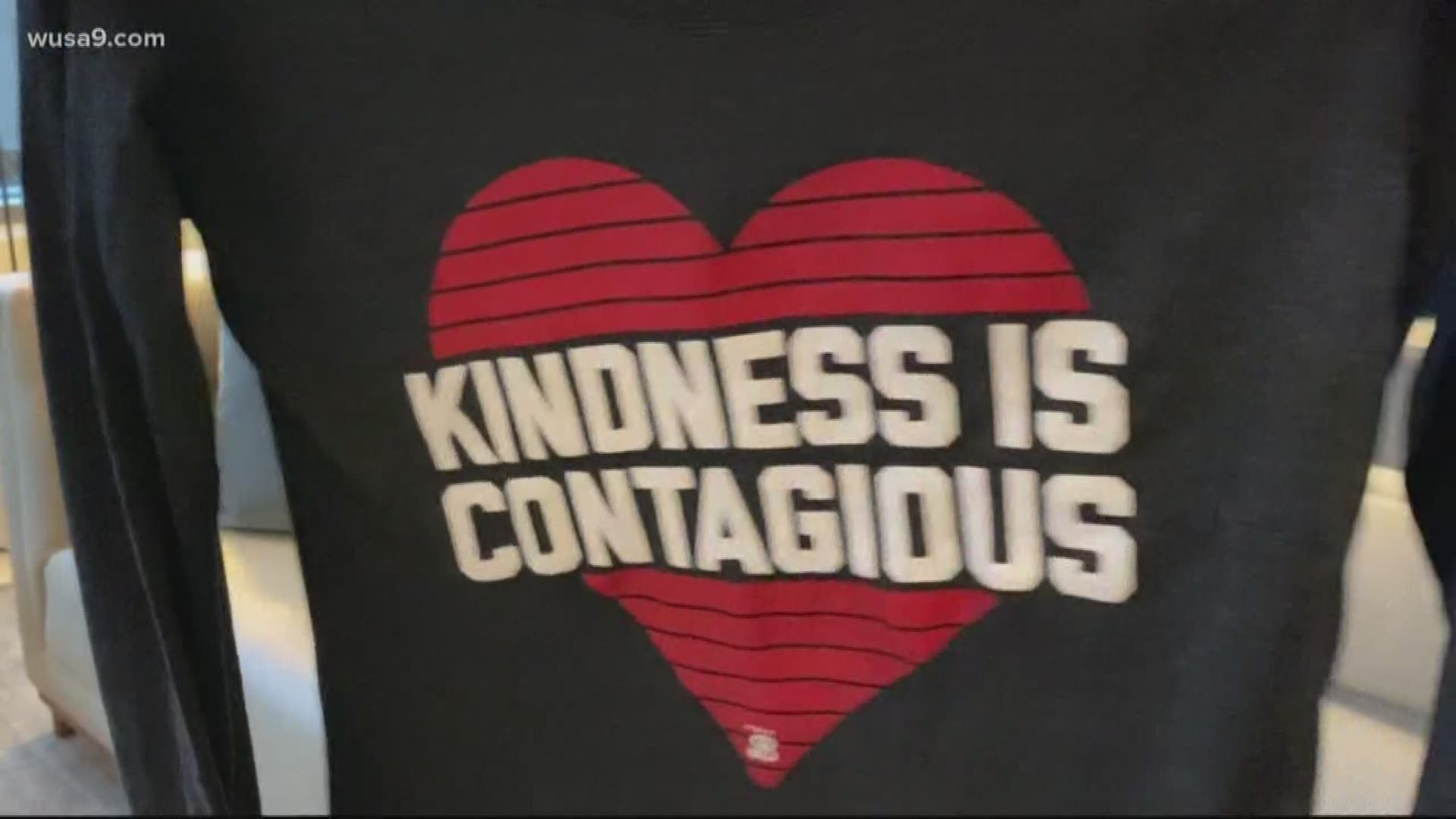 WASHINGTON — There's a good chance you've seen those D.C.-branded shirts with the 202, Chocolate City or inscription of a Washington neighborhood.

They’ve been worn by celebrities, athletes, politicians and those who are simply looking to show D.C. pride.

"Every time we see anyone wearing our shirts, it gives me a little pinch. A little pinch of joy,” J.C. Smith said. Smith owns Bailiwick Clothing with his brother.

They’ve been producing D.C.-themed shirts for several years, and often include limited edition designs for happy occasions like the Washington Nationals winning the World Series.

Smith was preparing to produce a special shirt for the Cherry Blossom Festival, until the coronavirus began to rapidly spread in the United States.

Smith decided to help in a way he knows best: by designing and producing a special shirt within a week.

Unlike his usual sales, all the money made from this "Kindness Is Contagious" shirt will go to the Hook Hall bar in D.C. and the Restaurant Association of Metropolitan Washington.

They've set up a relief fund for hospitality workers and are handing out care packages daily.

He said many of the small shops selling his shirts are now closed, so, his business is also taking a hit.

While social distancing is key right now, J.C. said he wants as many people to remember "Kindness Is Contagious" and spread it in some way.

"Think about what someone else is going through. Be kind and find a way, no matter how small or big it is, to give back. You never know when it could be your time. When you need help,” Smith said.

Bailiwick Clothing sold more than 130 shirts over the weekend, with more orders still coming in.

Smith hopes to raise more than $2,000 dollars by the end of the week.

RELATED: Sick of shortages and empty grocery shelves? There's an app for that