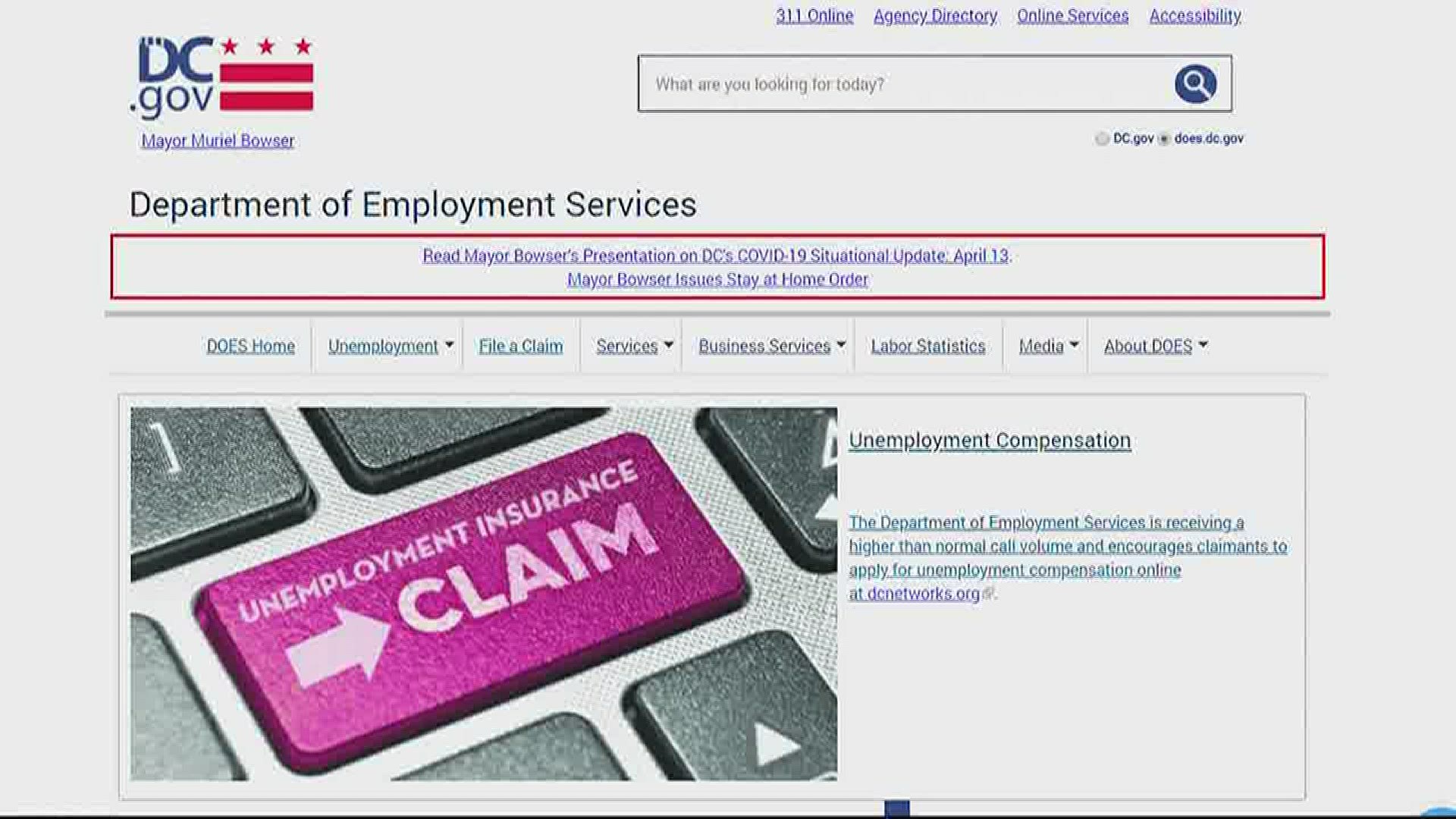 WASHINGTON, D.C., USA — A WUSA9 investigation uncovered major concerns with the way D.C. verifies the identity of some people applying for unemployment. After our story, the District looked into the issues, and now, the city is taking action.

After four weeks of waiting, Duane Stowes is finally receiving his unemployment checks.

And D.C. city government says it’s now reevaluating how people file for them.

“While we work toward full modernization, our agency is making every effort to enhance the existing UI (unemployment insurance) system to best serve District workers during this time of unprecedented demand,” a spokesperson for D.C.’s Department of Employment Services said in a statement to WUSA9.

Stowes lost his job as a hotel bartender in March due to cutbacks because of coronavirus. When he filed for unemployment to support himself and his 14-year-old son, D.C. asked him to verify his identity by emailing his Social Security card and government-issued photo ID with the words “Identity Documents” in the subject line, along with the last 4 digits of his Social Security number and his first and last name.

Stowes did as asked. Experts told WUSA9 that’s a huge identity theft risk. In fact, Maryland, Virginia and West Virginia told us they would only ask people to submit personal information through a secure government website – not by email.

Credit: District of Columbia
D.C.'s request for ID as part of the city's unemployment system.

When he first spoke with WUSA9, Stowes said he sent two different emails to the Department of Employment Services asking for confirmation they had received his documentation. But after weeks of waiting, the agency hadn’t responded.

“And that's part of my anxiety right now, not knowing,” Stowes said Friday. “They’re not returning my phone calls letting me know that they received it. But now I think my stuff is hanging around the world wide web somewhere you know.”

The District initially said people aren’t asked to email personal information unless they fail an initial verification process through the Department of Employment Services website. Stowes says he can only assume that’s what happened with him.

Another man, who asked WUSA9 not to use his name, said he also failed that initial verification, but said with the obscure questions he was asked, he’s not sure how he could have ever passed it.

“But it asked me some questions which I've never been asked before,” he said. “The birth month and the age of two cousins of mine who used to live in this address that I was associated with, but I only lived there for two weeks.”

That man was also asked to email identifying documents, and also said he has not received any confirmation from the city they got that email he sent with all his personal information.

The Department of Employment Services called its current system “complex, but secure” but did not rule out changes to the way it does things.

“In doing so, information security remains our top priority in delivering funds to those who so desperately need them,” the DOES spokesperson said in her statement to WUSA9.

“And I'm hoping this story gets out and helps thousands of other people who apply for benefits as well,” Stowes said.

WUSA9 was curious how many people who apply for unemployment in D.C. end up having to go through this enhanced, but unsecure, ID verification system. We have asked the Department of Employment Services for that number and are still waiting for the answer.

RELATED: VERIFY: How to identify unemployment scams and avoid them