A USPS spokesman says the agency has a sufficient supply of personal protective equipment. 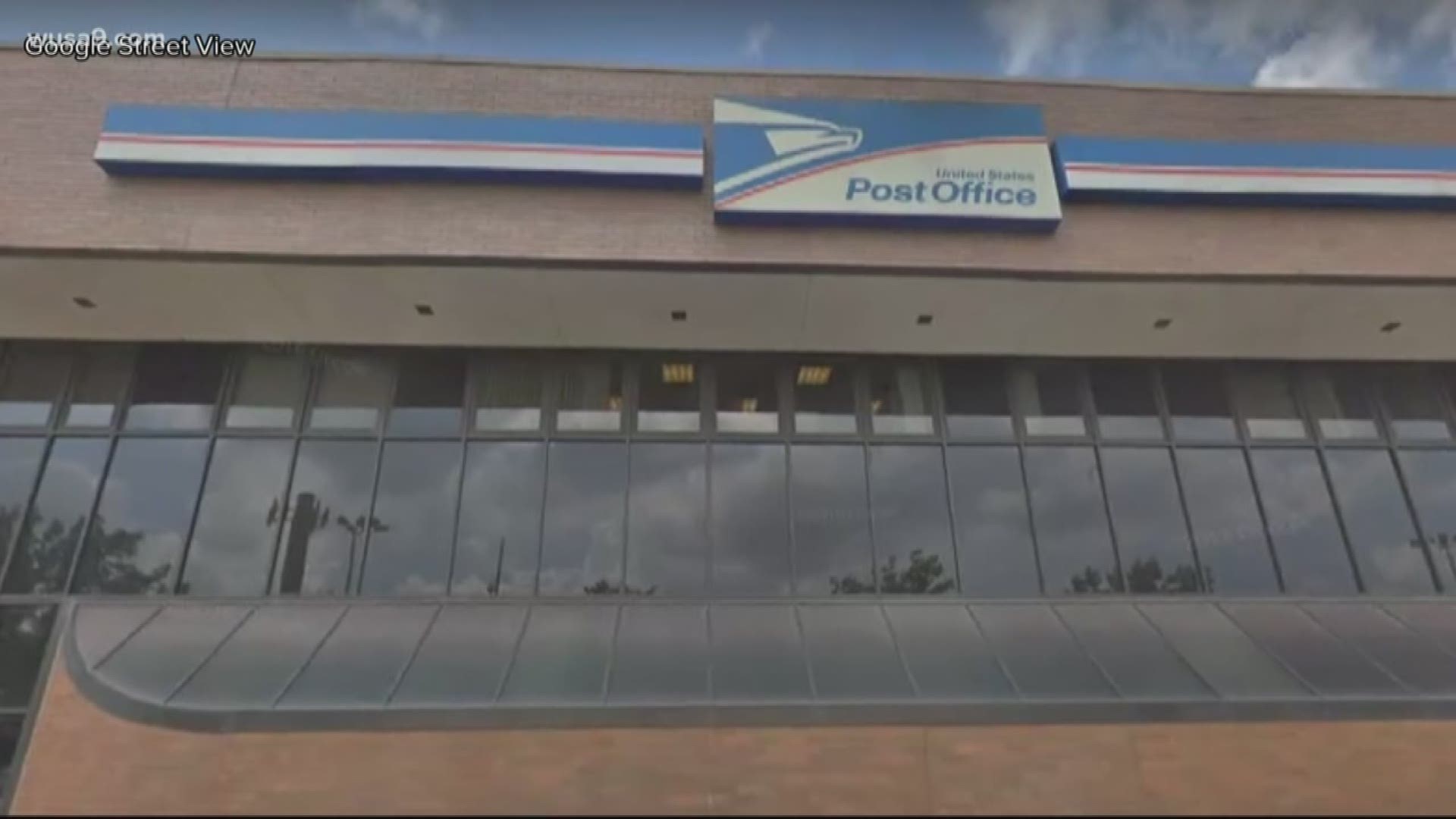 WASHINGTON — Despite at least one confirmed case of coronavirus among its D.C. workers, the U.S. Postal Service is not providing enough personal protective supplies to keep its staff safe, one employee says.

"I have a mask, gloves -- I got them myself," D.C. mail carrier Sheldon Curtis, who works a route in Southeast Washington, said. "I got wipes. I got Lysol wipes. Everybody got their stuff by themselves."

WUSA9 asked Hotovy through an exchange of emails about Curtis’ claim that USPS is not providing adequate gear, like masks and hand sanitizer.

"We are encouraging healthy behaviors and protocols including frequent hand washing, use of sanitizers, and additional cleaning of work spaces, and are encouraging any employee who feels they are sick to stay home," Hotovy's statement read.

Curtis tells WUSA9 he had open-heart surgery four years ago and believes coronavirus would be fatal if he contracted it.

"I wouldn’t be able to fight it off like a person that’s healthy," Curtis said.

Curtis said he sorts mail for a few hours each morning alongside 41 other employees at the USPS River Terrace processing center off Benning Road before delivering mail on his route through Ridge Road, Texas Avenue and the Benning Ridge neighborhood.

"My family (is) now out, my wife is teleworking, and my kids are out of school," Curtis said. "I don’t want to contract it to bring it back to my family. I just don’t want to catch it. I’m scared that any type of complications, the virus can take you out of here."

Curtis tells WUSA9 he feels like he's putting himself at risk every time he goes to work.

About 20 minutes by car from Curtis' route is D.C.'s Brentwood postal facility.

"The U.S. Postal Service has learned that one employee at the Brentwood postal facility tested positive for the coronavirus disease," Hotovy said in a statement provided to WUSA9.

The facility remains open to mail carriers, employees and the public.

Curtis said his facility at River Terrace has only been willing to offer latex gloves to its employees.

WUSA9 asked D.C. Mayor Muriel Bowser on Wednesday whether the U.S. Postal Service should consider scaling back service to better protect its employees and the public.

"We would, of course, expect that proper conditions are being offered at the post office," Bowser said. "According to our [stay-at-home] order, postal service is essential work."

A similar discussion is also taking place at the national level.

Sen. Bernie Sanders sent a letter to the Postmaster General after published reports revealed postal employees in various parts of the country were being urged to continue working despite showing symptoms of coronavirus.

Sanders also raises the issue of postal workers who reported being without personal protective equipment.

Sanders demanded a response by April 7, asking what USPS is doing to protect both its employees and customers from the spread of COVID-19.

Curtis will continue on his mail route for now, because he said he does not have a choice. He said he has to work to pay the bills and put food on the table. He also said mail volume has been down, he estimates, by about 20%.

WUSA9 asked Curtis what he believes USPS should do to protect its employees and the public.

"I think we should be shut down," he said.