A 31-year-old Maryland resident was one of those people who did not originally want to believe that catching the coronavirus could happen to him until it did. 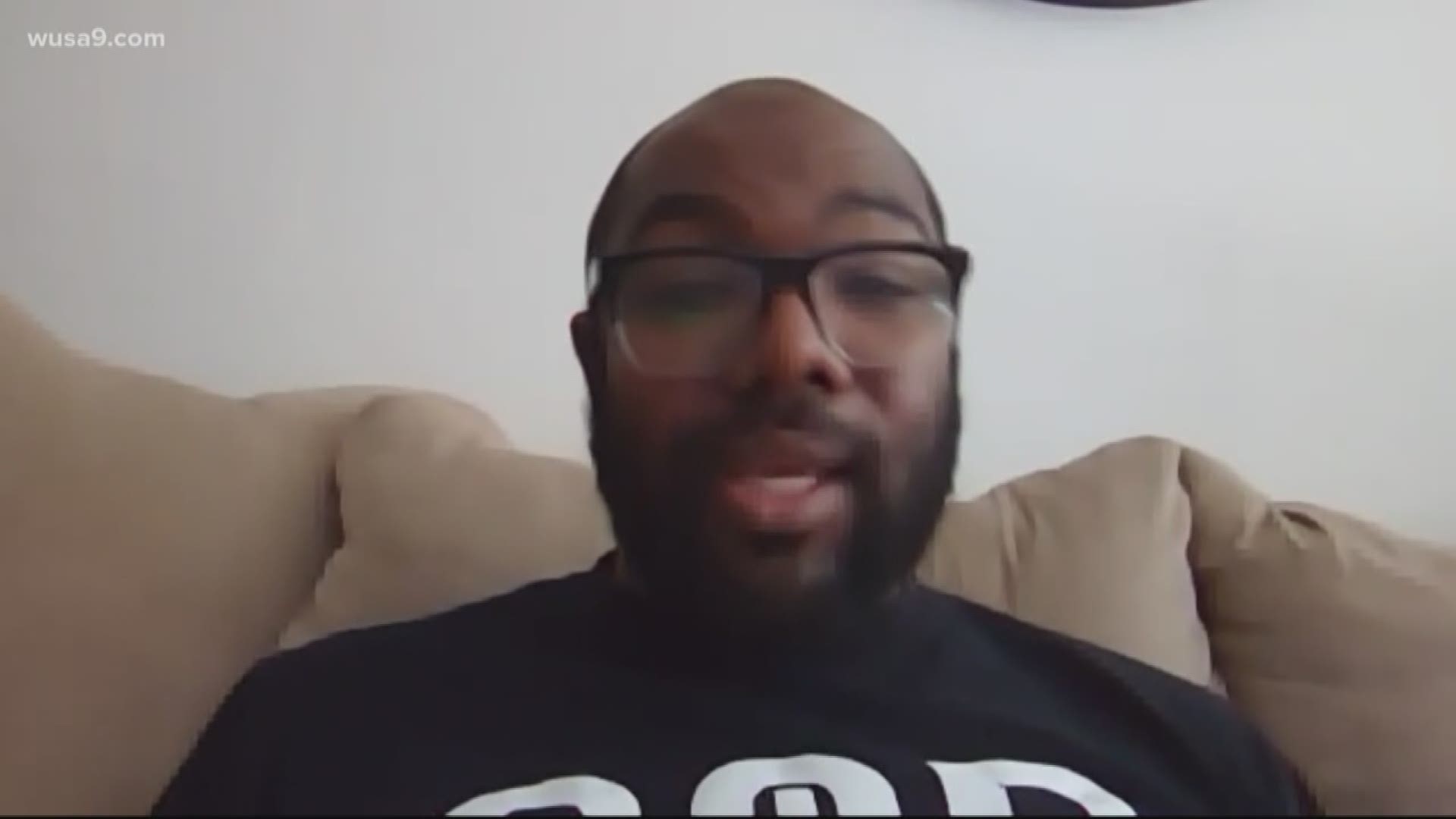 SILVER SPRING, Md. — A 31-year-old from Maryland was one of those people who did not originally want to believe that catching COVID-19 could happen to him until it did.

"This is difficult for me to say aloud, but I did have a positive diagnosis for corona," Kenneth DeMario Fishe said in a social media video.

Fishe was in recovery after testing positive for the coronavirus when he shared his story with thousands of people on Facebook and WUSA9.

The North Carolina native admitted to still hanging with friends and going to a party in March despite social distancing recommendations.

Fishe, who has asthma, said his cough intensified and he went to a testing site at Holy Cross hospital that Friday.

"I'm trying to walk, and I can barely breathe," he described more symptoms surfacing. "Then, they take my temperature and my temperature is at 100.4."

Fishe had three of the main symptoms of COVID-19, but was unable to get tested.

"They were just like, 'OK, since you're an asthmatic, we can assume that you have it,'" he recalled.

Five days later, Fishe had no relief, his symptoms got worse, and he still did not know for sure if he had the coronavirus.

Fishe ended up at Suburban Hospital where he was able to get the coronavirus test and a chest x-ray.

He said doctors found traces of pneumonia and his coronavirus test came back positive on March 27, which was nearly 10 days from when he first felt symptoms.

Fishe was asymptomatic but still in quarantine as of April 8. He described the experience as life-changing and hoped his story helps limit the number of people forced to go through it.

He credited his faith and support from friends and family for making it through recovery.