The last responders: Here's how DC's medical examiner is responding to COVID-19

"We all say we hope tomorrow is the last day," Dr. Mitchell says. 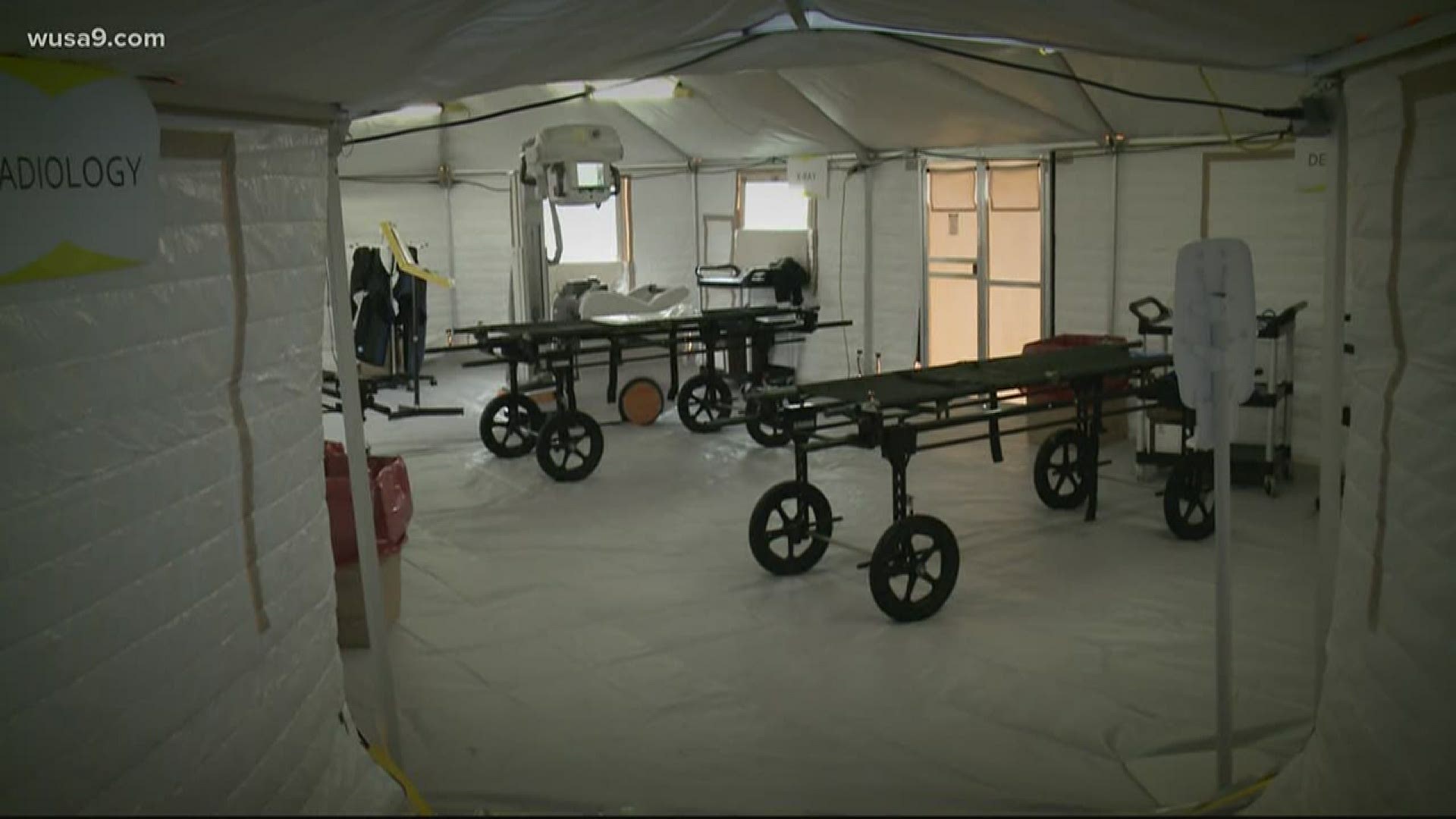 WASHINGTON — Amid the coronavirus pandemic, there are first responders, and then there are those who respond last to the virus. In D.C., many of the latter work at the Chief Medical Examiner's Office.

The bodies of those who die from the virus in Washington are taken there for autopsy. As of Wednesday night, the District had reported at least 127 deaths related to COVID-19.

"We all say we hope tomorrow is the last day,” Dr. Roger Mitchell, who has been the city's chief medical examiner since 2014, said.

Shortly after starting in this post, he says the city and his office began preparing extensively for a mass casualty event. That included more personal protective equipment and space to handle nearly 1,000 deaths.

Dr. Mitchell said, thankfully, with this current pandemic, it hasn't reached that scale in the District.

"Let me be clear, it's very difficult to be prepared for something like this,” Mitchell said.

He said there are still many unknowns about the coronavirus. Mitchell said they've already performed several autopsies to figure out as much as possible about COVID-19, and who it's impacting.

Mitchell is planning to present some of the findings from those autopsies in the coming weeks, hoping it might help with developing a vaccine or better patient care.

A licensed minister, he also meets with the families of those who died.

Mitchell said his faith has been getting him through this period.

“This too shall pass,” he said. "When people ask me, how are you doing? I often say, Lorenzo, better than I deserve because there are a lot of people that are suffering."

With so much to figure out, he’s reminding the public to show those you love how much you really care.

"Call and check on your grandmother and father. Spend time if you have the technology on Zoom or some other platform. Have conversations with them. Drive by and honk if you get sick of not seeing your mother,” Mitchell said.