No showering, reservations and temperature checks required when these gyms reopen

'Our challenge is trying to get our members to a place where they feel comfortable that it’s safe to come into the gym and workout.' 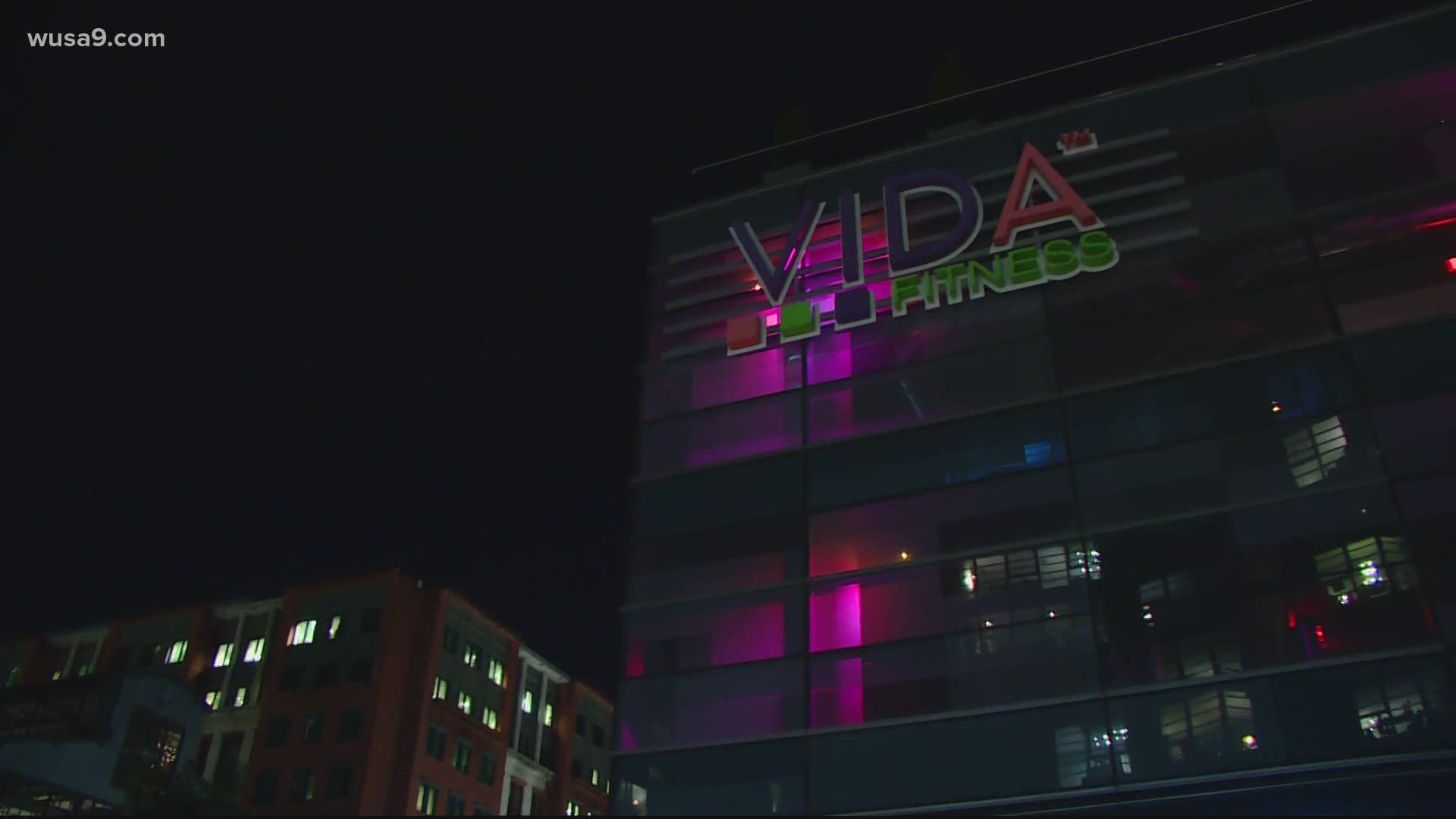 WASHINGTON — Area fitness centers have a lot to work out when COVID-19 restrictions are lifted.

David von Storch is the owner of VIDA Fitness Clubs, one of the region’s upscale fitness chains.

Von Storch said he never imagined closing his gyms throughout Washington for more than a month and a half. On top of that reality, he’s had to change his business model.

"In just one week, we went from thinking we were ahead of the game to really scrambling to try and keep up."

"When you check in, you'll get a workout towel and also a disinfecting towel,” Von Storch said when talking about the new procedures at his fitness centers upon reopening.

With fewer people allowed inside, members will now be required to make reservations online, get their temperature checked at the door, no showering will be allowed, and there will be a 1.5 hour workout time limit in place.

Equipment is also spread six feet apart and the fitness centers will close an hour early to disinfect the facilities with fogger machines. "The world is different now,” he said. “Our challenge is trying to get our members to a place where they feel comfortable that it’s safe to come into the gym and workout,” he continued.

For many gyms in Virginia that could open as early as next week, there are similar plans in place.

A prime example is 24 Hour Fitness, which has locations throughout Northern Virginia.

They're also requiring reservations online, a digital check-in and only allowing people to workout for one hour, with plans to shut down for 30-minute cleaning periods throughout the day.

“Since 24 Hour Fitness made the difficult decision to close all our clubs nationwide on March 16, we have been carefully planning for the eventual reopening of some of our clubs as state and local governments and public health agencies indicate it is safe to do so. As we prepare for that moment, we are re-imagining the club experience which begins before club members leave their homes,” a 24 Hour Fitness spokesperson said.

RELATED: Virginia on track to begin reopening May 15 unless 'something drastically changes,' Northam says

RELATED: Montgomery County buses to have face coverings for riders who need them