Northam said if businesses aren't following COVID-19 guidelines, their licenses are on the line. 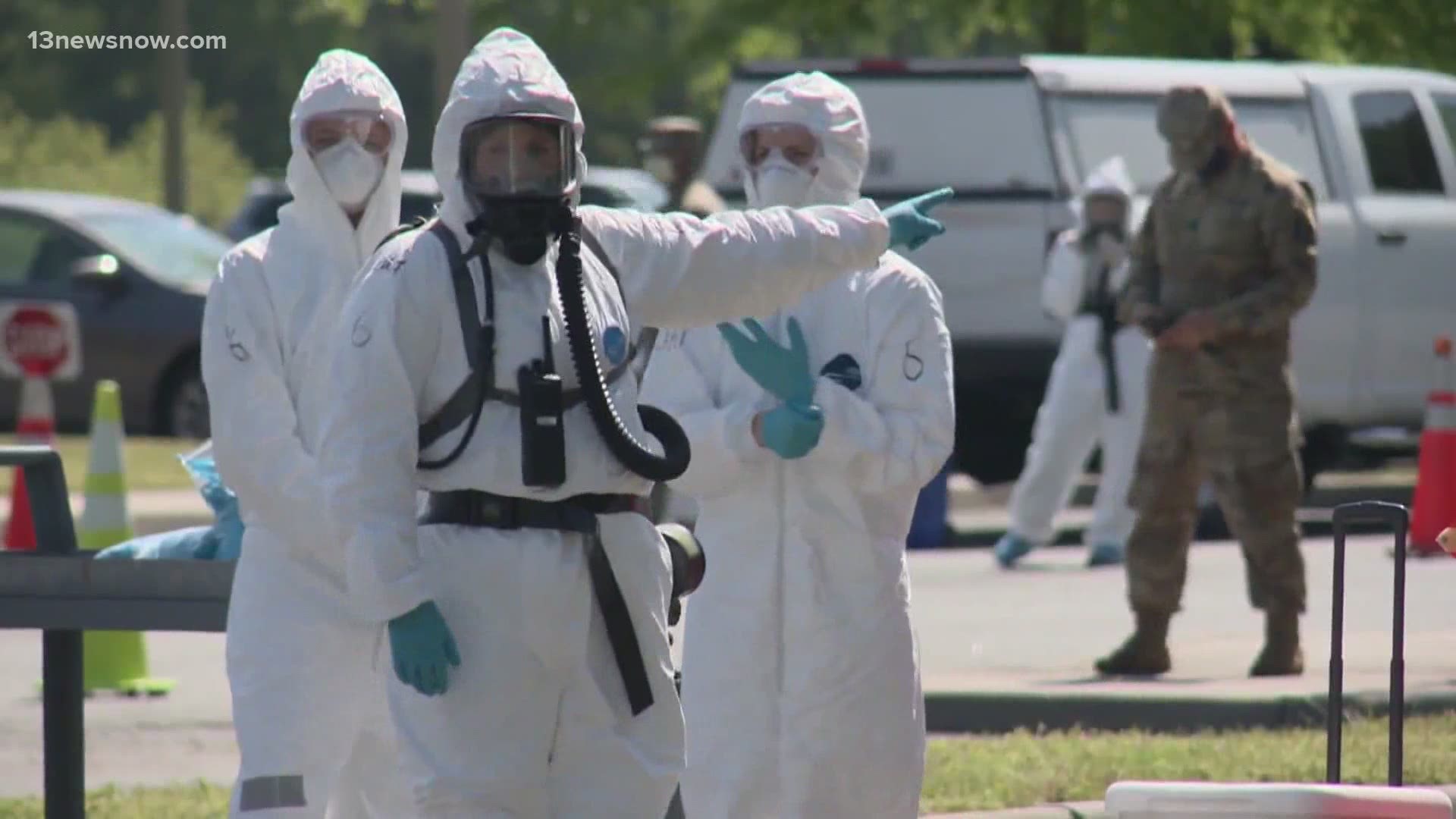 RICHMOND, Va. — Governor Northam demanded a more robust enforcement of the current restrictions in place to fight the coronavirus, especially in Hampton Roads.

The governor briefed the public Tuesday on the recent rise in cases statewide, which is being driven by a drastic increase in cases in the southeast corner of the state.

Northam says a large portion of those cases is from the Tidewater region and stated that substantial community spread is happening because people are not abiding by the mask mandate he enacted in May.

Now, he's calling for stronger enforcement of current health measures in order to head off the spread of the virus.

He directed health officials and licensing agencies to conduct unannounced visits to businesses as needed to make sure those establishments are following safety guidelines.

Northam said if businesses aren't following regulations, their licenses are in jeopardy. A health official told 13News Now that three restaurants in Virginia Beach had to temporarily close for not following guidelines laid out in Phase 1 and Phase 2. All of them have reopened.

"No shirt, no shoes, no mask, no service," the governor said.

Northam also requested letters from health district directors around Hampton Roads to submit recommendations on other guidelines that can be implemented to ensure cases don't continue to rise. The health commissioner will also be sending a letter to these health districts to remind them of their authority to enforce current restrictions.

State leaders will also consult the Virginia ABC Authority to decide if there should be an earlier cutoff time for alcohol sales at restaurants.

The Virginia Department of Health will also be deploying 100 people across the state to ramp up enforcement, but with a focus on Hampton Roads.

Northam will also be following up with local mayors on their beach access plans they submitted in May.

“It’s going to take everyone working together to do this. This is not political. It’s about our health and well-being and it’s also about our economy," Northam said.

RELATED: Virginia reported its highest COVID-19 count in a month on Friday. Here's where cases are growing

Cases are increasing overall statewide, according to state health data, with small upticks in central and southwest Virginia.

On Monday, July 13, 984 confirmed cases were added to the state tally. Seventy-three of those were from Chesapeake, 96 were from Newport News and 157 came from Virginia Beach.

Last week, Northam was in Chesapeake at a COVID-19 testing event where he said he's keeping a close watch on the numbers and that he would increase restrictions if necessary.

The last briefing Governor Northam held about how Virginia is handling the pandemic was on June 25. He spoke on what was expected for Phase 3 of Virginia, which started on July 1.

Even then, he said, "If we see the numbers trending in unfavorable directions, then we're obviously going to have to make some difficult decisions."