Virginia is increasing capacity limits for some events starting today

The governor said Virginia would begin lifting restrictions in the places where there was the least risk of spread, with an emphasis on outdoor events. 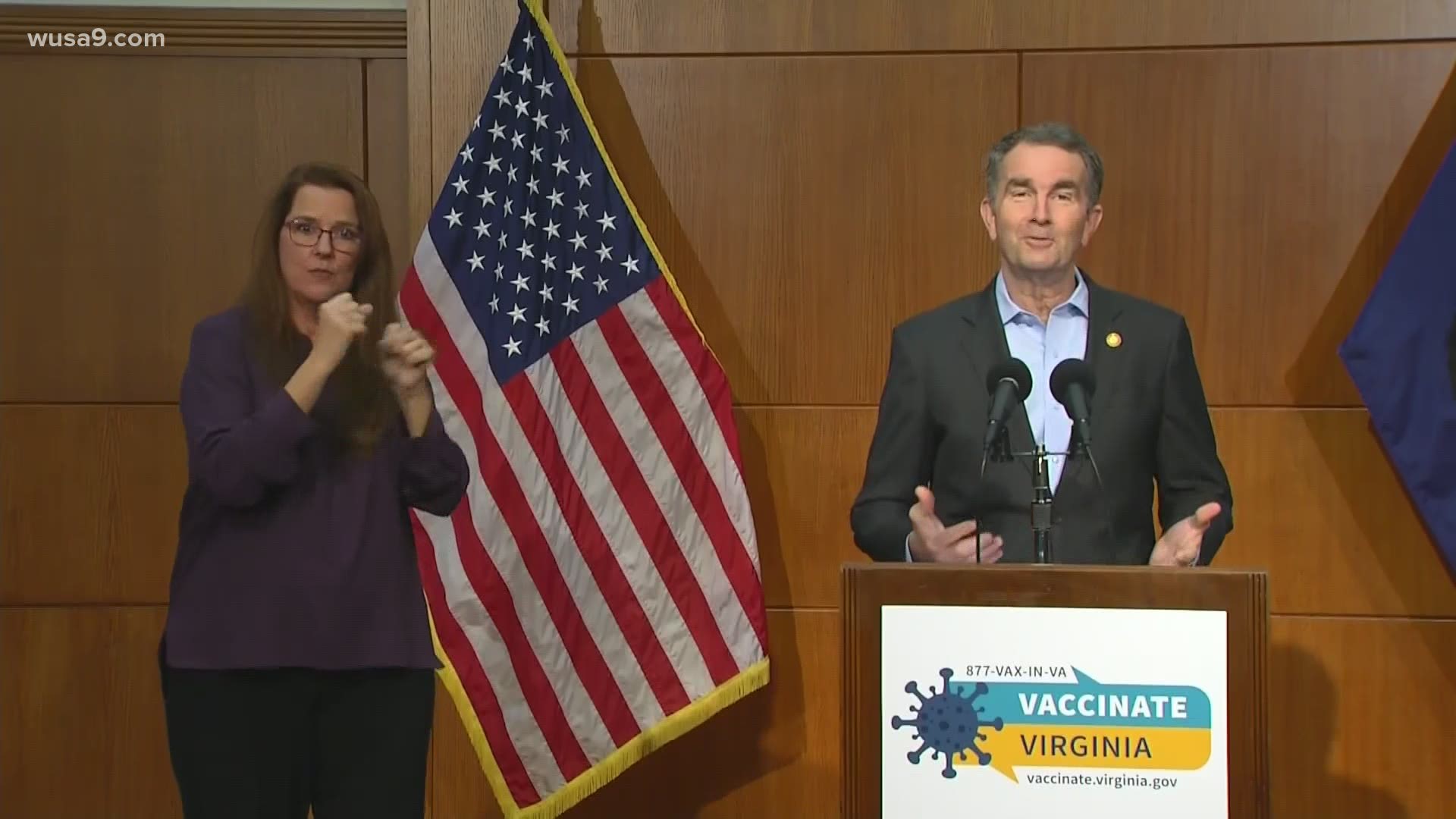 RICHMOND, Va. — Virginia is rolling back some COVID restrictions as case numbers have hit a plateau and vaccine allotments are expected to dramatically increase, Gov. Ralph Northam said Tuesday at a press conference.

The governor said Virginia would begin lifting restrictions in the places where there was the least risk of spreading the virus, namely outdoor events. Starting April 1, the limits on social gatherings, entertainment venues and sporting events will all increase.

The capacity for indoor social gatherings will be capped at 50 people, while outdoor gatherings are limited to 100 people. Previously, those caps were 10 and 25, respectively. The governor emphasized that these guidelines would be applied to wedding venues.

Entertainment venues can operate at 30% capacity. Events held inside will be allowed to increase from 250 people to 500 people max, but outdoor venues will not be limited by a spectator cap beyond the 30% capacity marker. Previously, the governor had imposed a 1,000-person cap at outdoor entertainment venues.

Recreational sporting events, including school athletic programs, will be limited to 30% capacity, both indoors and outdoors, not to exceed 100 people inside or 500 outside. Northam's prior restrictions were 25 and 250, respectively.

In-person graduations will also be limited to 30% capacity, with a max of 5,000 people at outdoor ceremonies and 500 people inside.

The governor emphasized that for all of these events, masks and social distancing are still required.

"We're not simply throwing the doors open, we're not just flipping a switch," Northam said. "These are measured approaches and we will continue to follow the data to see how this goes, but it really depends on Virginians."

Northam relayed that the state's infection numbers had hit a plateau, and "come down nicely" from the spike seen in the early months of 2021. Currently, Virginia's 7-day average is hovering around 1,400 new cases daily, while the percent positivity is approximately 5.6%

"Vaccines are the light at the end of the tunnel, but only if we take them and only if we make smart choices until most people are protected," Northam said. "We all want to get back to normal and the way to do that is to get vaccinated as soon as you can."

The governor reported that nearly 1 in 4 Virginians has received at least one dose of the vaccine, averaging 50,000 doses given per day. Northam also announced that the federal government would be increasing weekly allocations of the Johnson & Johnson vaccine by five times its previous shipment. He anticipates that Virginia will receive 48,000 doses starting next week, and said he felt confident that it was "only a matter of weeks" before the state would be able to open vaccines up to anyone who wanted one.

"We are on track to meet President Biden’s goal of making the vaccine available to every adult May 1, and I'm confident we will exceed it," Northam said. "When our county sets clear goals we meet and exceed them." 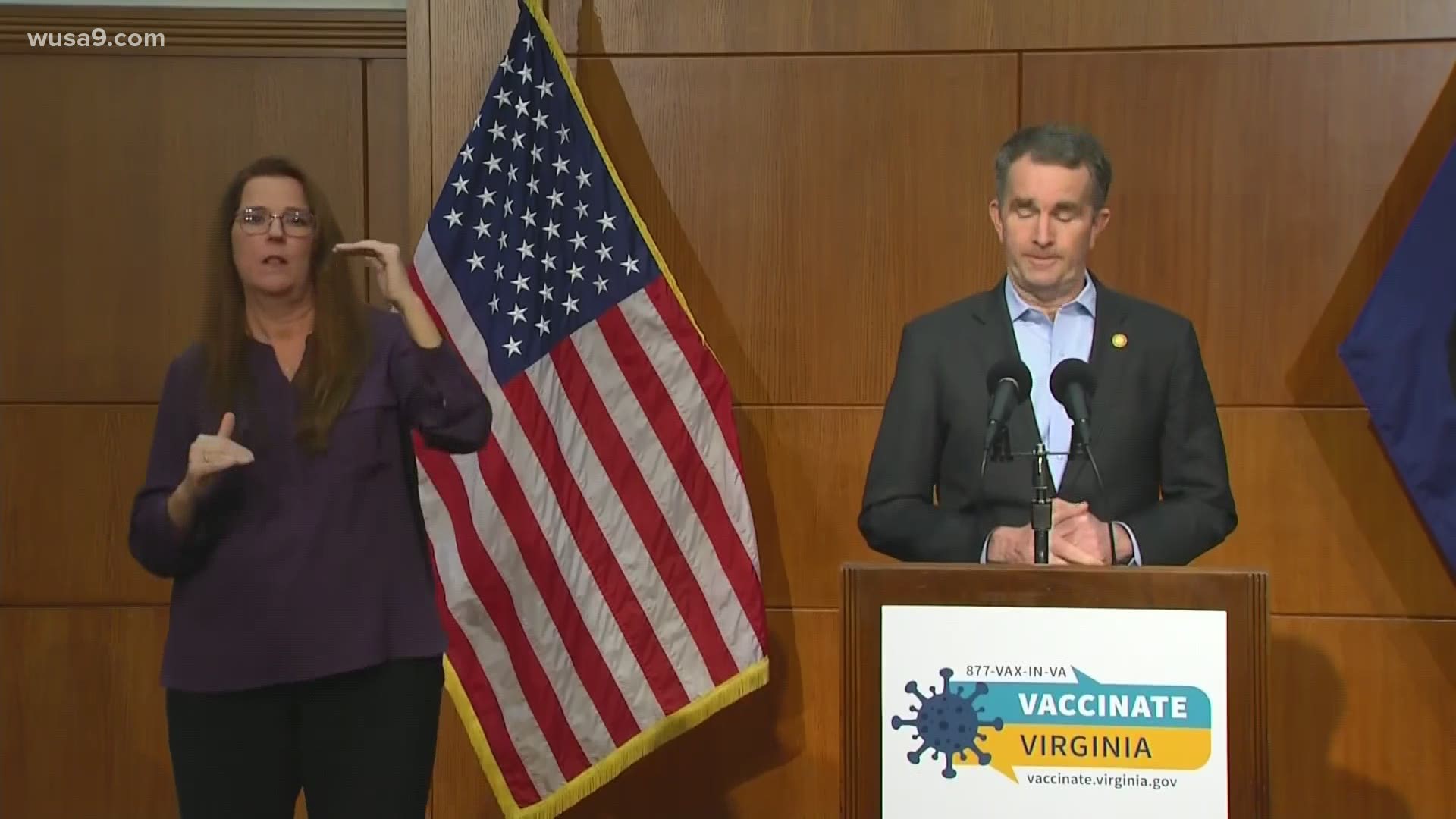