Airline workers reached out to WUSA9 about their concerns. They want changes to air travel during this global pandemic. 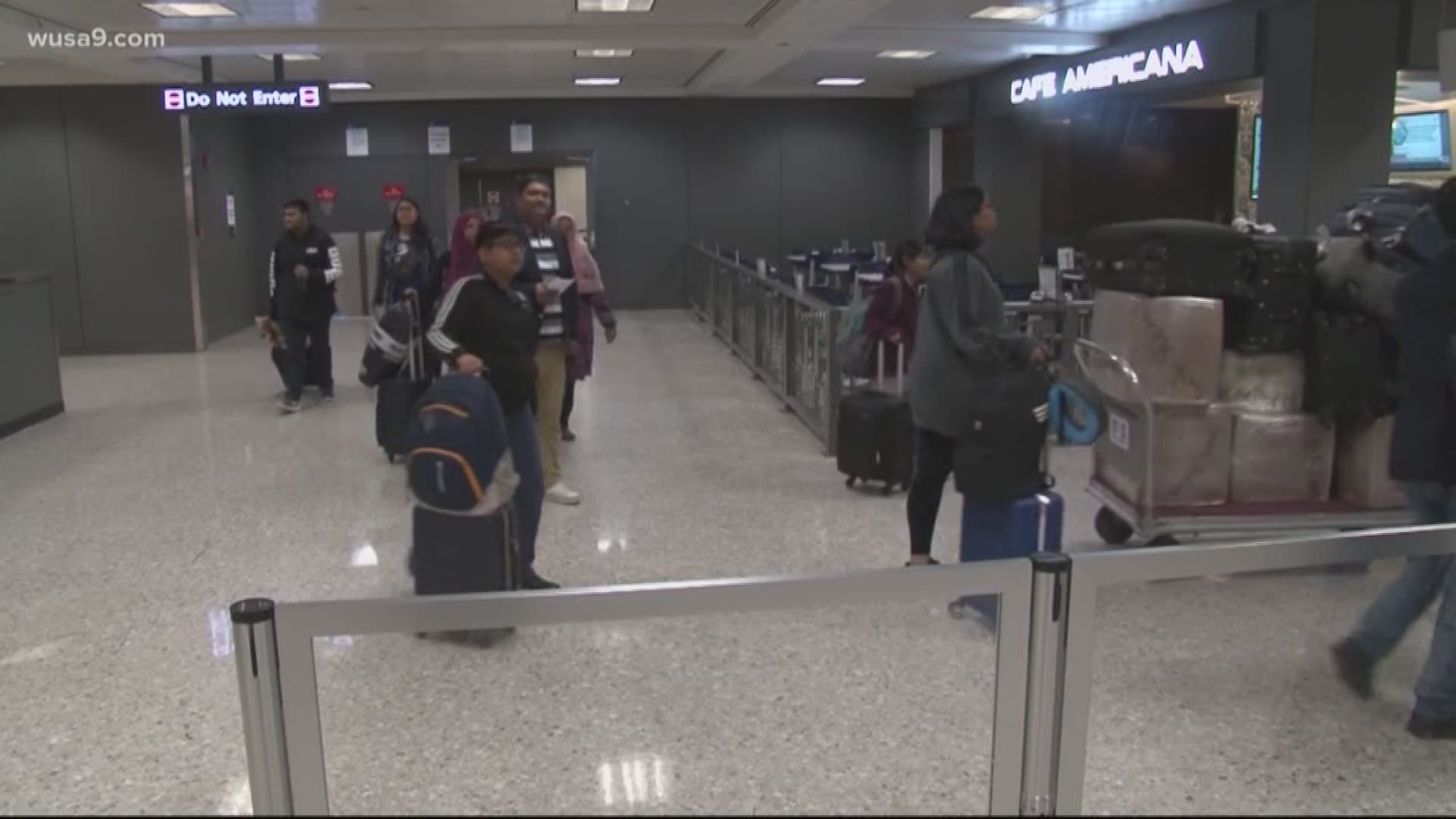 WASHINGTON — Flight attendants are calling on the government to ban leisure travel during the global COVID-19 pandemic – saying it could be putting their lives at risk.

WUSA9 spoke with a number of flight attendants over the past week. They all tell a similar story: with the situation in the skies right now, they're afraid they're going to get sick and spread the virus. These flight attendants asked WUSA9 to blur their faces and change their voices because they fear repercussions from their employers.

“It's really become very unsafe because there's no way to social distance ourselves with the current CDC guidelines,” a flight attendant, who asked us to call him Jack to shield his identity, said. “It's a confined space. It's more than 10 people, sometimes upwards of 100 people.”

Jack, who says he's based out of Maryland, says he couldn't stay quiet any longer.

“I feel like I'm obligated as a safety professional to say something,” Jack said. “In any other circumstance, if I was on a plane and I saw something unsafe, that brought alarm or something smelled funny, or someone was sick, I would have to, by law, do my job.”

“A lot of what I'm seeing are literally people that are bragging about cheap tickets,” Jack told WUSA9 in between flights.

This is a photo he sent us of one of his flights a couple days ago. It's practically full.

Credit: Anonymous Flight Attendant
A flight attendant, who did not want to be identified, sent WUSA9 this photo of a busy flight.

He also said crews don't have the proper safety equipment to protect themselves.

“We feel a little bit like we’re being sent off to the front lines of a war without any gun,” he said.

Flight attendants told WUSA9 there are crew members right now who have tested positive for coronavirus or are awaiting test results. Jack fears he could get sick and could infect the passengers for whom he's responsible.

“I feel like my job specifically is to make people happy, and also to keep people safe, and I don't feel like I'm able to do that,” Jack said..

That's why the Association of Flight Attendants is calling for a ban on all leisure travel.

“We should be keeping every plane on the ground that doesn't need to take off,” Assoiciation of Fight Attendants President Sara Nelson said.

Nelson feels real consequences here. The first U.S. flight attendant to die of COVID-19 was a friend of hers. American Airlines flight attendant Paul Frishkorn tested positive for coronavirus last month. Frishkorn was 65-years-old and, we’re told, he had other health issues that made him susceptible to complications.

“We all miss him and we're all fighting today in his honor, and the sad thing is there are going to be more that come behind him,” Nelson said. “So, it is a life-and-death request when we're asking our government to act on this.”

“That's going to be a constant balance between safety and also the need to keep that basic part of our infrastructure functioning through the crisis,” he said.

Warner thinks the issue is something Congress can consider in its next coronavirus legislation.

“I do think there ought to be strong discouragement of people to be flying for pleasure at this point,” he said. “It makes no sense when we're trying to say the only thing that truly works on this virus is to do social distancing and then throwing people who are taking pleasure trips onto airplanes!”

"The Administrator is following up with AFA, and we are working to get additional actionable details on their concerns to identify how we can best address the issue," a spokesperson for the Federal Aviation Administration said in a statement.

The Air Line Pilots Association is also calling for changes.

There’s one thing the multiple flight attendants who spoke to WUSA9 want the public to follow up on.

"Earlier this week, we lost a respected, longtime member of the American Airlines family, who tested positive for COVID-19. Paul Frishkorn joined us as a flight attendant in 1997 and was based in Philadelphia. Over the years he built a reputation as a consummate professional who was honored as one of American’s Flight Service Champions twice for his excellent service to our customers. He was also a knowledgeable benefits consultant and servant leader for his colleagues through his work with the Association of Flight Attendants while at US Airways and later, with the Association of Professional Flight Attendants.

Our hearts go out to Paul’s loved ones, many of whom work for American. We are working directly with them to ensure they are cared for during this extraordinarily difficult time. He will be missed by the customers he cared for and everyone at American who worked with him."