The two projects will be the latest national memorials to open in the District of Columbia. 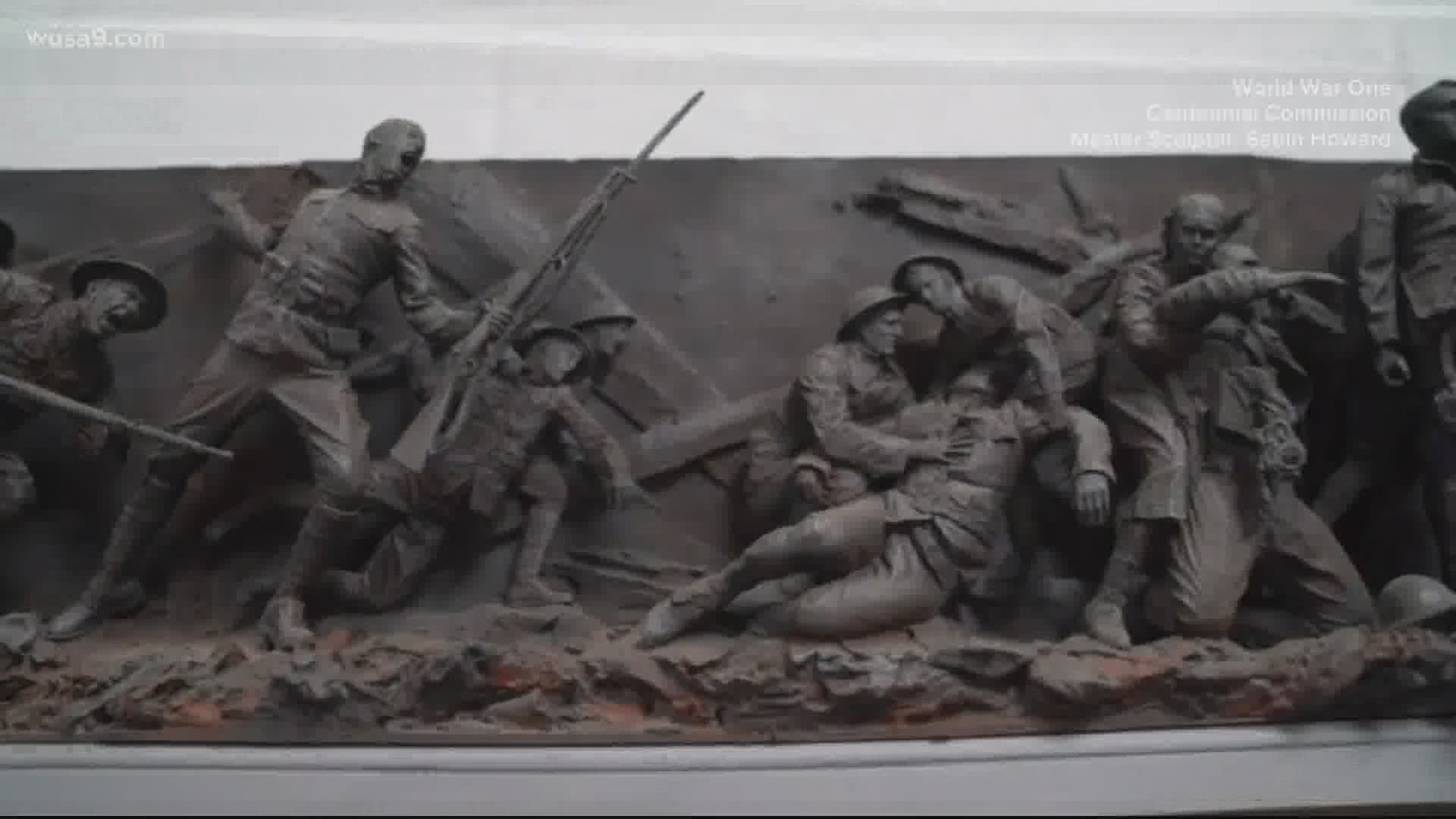 WASHINGTON — The Dwight Eisenhower Memorial in Washington, D.C. is basically completed. Now, it's just waiting for a formal dedication.

Construction crews broke ground on the Independence Avenue project, across the street from the National Air and Space Museum, in 2017. Roberts said the project was to be formally dedicated on May 8, the 75th anniversary of Victory in Europe Day.

"But the virus and social distancing stopped that," Roberts said.

The memorial is essentially finished, according to Roberts. He said there are only a few minor tasks that need to be completed to wrap up the $150 million project.

The block-long memorial boasts green space, tapestry, and statues of Eisenhower in both his roles of President and general.

"He dreamed big and then look what happened," Roberts said. "He became one of the most famous generals of all time and then President the United States. So, if you're from a small town, you can do it too."

Sabin Howard's work on the sculpture that will be highlighted at the National World War I Memorial.

Roberts said the original dedication, scheduled for May 8, was to have a flyover and host both President Donald Trump and former Secretary of State Condoleezza Rice.

Now, the dedication ceremony has been pushed back to Sept. 17.

Construction work continues on another memorial project about a mile away from the Dwight Eisenhower Memorial: The National World War I Memorial.

Crews broke ground on the project, located at the corner of Pennsylvania Avenue NW and 15th Street NW, in December.

The World War I Centennial Commission is holding numerous webinars to inform the public about the memorial's progress and tell the stories of WWI. On Friday, the series will tell the stories of "The Hello Girls - America's First Women Soldiers". Click here to learn more about the webinar.

Designer Joe Weishaar said Grunley Construction has been able to work on the $50 million memorial in a safe manner despite the coronavirus' spread.

"Grunley Construction has been doing a phenomenal job navigating all of the things that have come up due to COVID-19," he said.

The project will feature a 58-foot-long sculpture of World War I soldiers sculpted by Sabin Howard. It will also have a plaza and water features.

Weishaar said the majority of the project should be completed by the end of the year, while Howard's sculpture will likely be installed in 2024.

"It will be the largest freestanding high-relief bronze in the Western Hemisphere," he said.