A local medical professional said doctors in the DMV could soon be forced to make battlefield-like decisions. 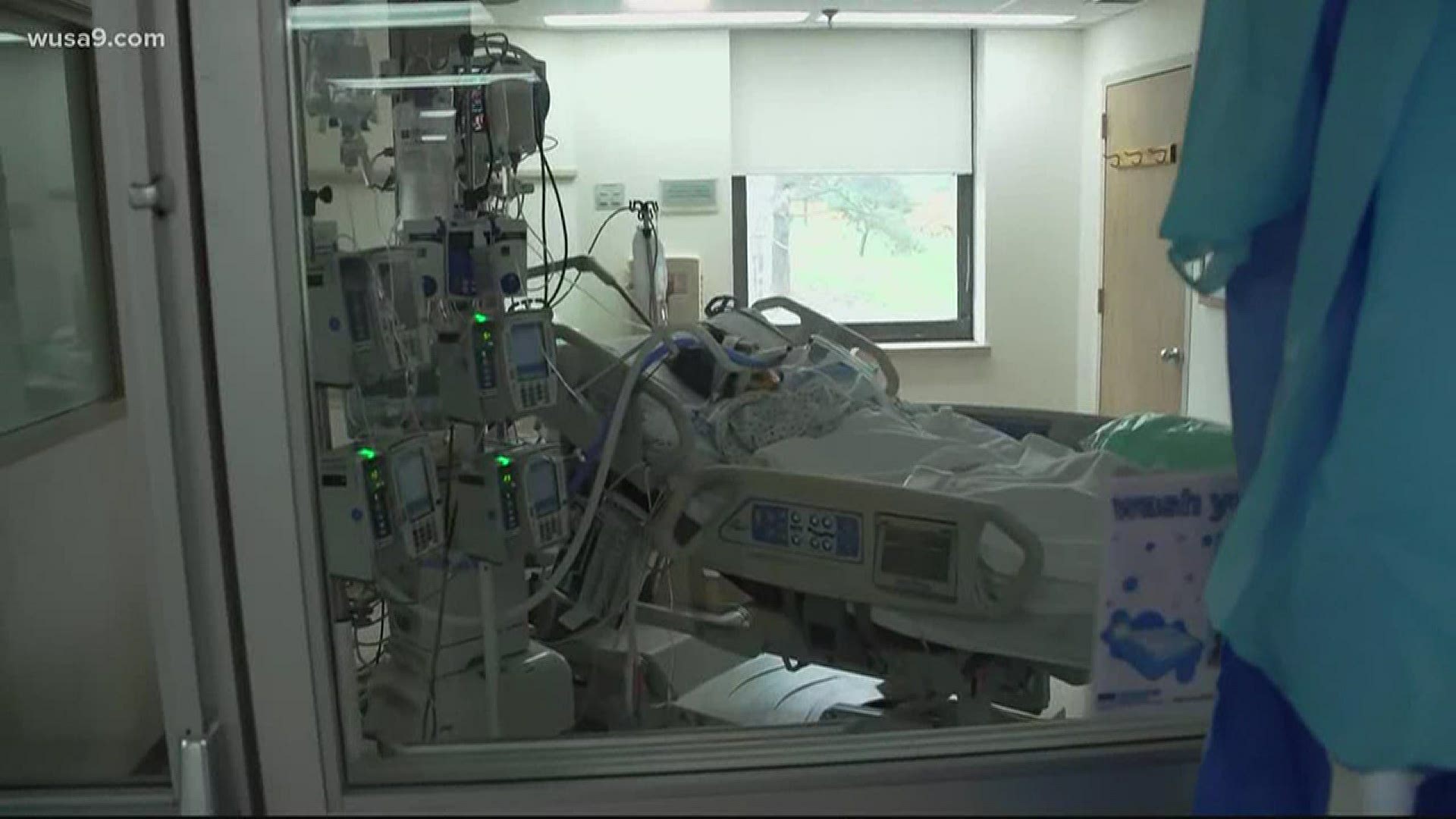 WASHINGTON D.C., DC — The White House pegged D.C. to be one of the next big hot spots for COVID-19 cases.

Similar to New York City, a local medical professional said doctors across the DMV may soon be making battlefield-like decisions on who lives and who dies.

"If it is as big as it was in New York, and we get overwhelmed in our capacity, doctors are gonna have to make decisions about who lives and who dies,"  Dr. Wayne Jonas, a Virginia physician and Executive Director of the Samueli Foundation, said. "It challenges what they've been brought up and trained to do. We're supposed to help everybody that we think can be helped, but that may not be the circumstances that we're in."

Jonas said as the numbers go up, doctors will have to start triage and making early decisions about who will get the lifesaving resources such as ventilators.

RELATED: 'This is the moment to not be going to the grocery store' | White House coronavirus expert suggests DC's a potential virus hot spot

Jonas describes this type of treatment as a battlefield-like decision, and one he said doctors aren’t prepared for.

"No one is really prepared to know what it's like in the battle until you get there," Jonas said

Jonas said typically, on the battlefield, you go in knowing you may end up having to kill somebody. He said in a medical profession you don’t go in with that mentality. He said medical professionals want to help everybody, and when that doesn’t happen it makes it difficult.

"Physicians do deal with life and death all the time, but usually they have time to do the best they can and they have the resources to try to save a person's life," Jonas said. "If they're in a situation when they don't have that, then they're often helpless, or feel helpless, or they start to second guess whether they made the right decision. That really creates what's called moral injury and very similar to PTSD, it can cause some real trauma and mental health issues."

He said he wants medical professionals to realize that they did not cause this situation and that they are doing the best they can.

"If they go into it with that attitude it's much less likely that they'll come out with psychological damage," Jonas said.

Jonas encouraged everyone to continue to stay home as that is the best way to protect people who are on the front lines.