Why are COVID-19 numbers in the DMV not soaring like other parts of the country?

One reason could be continued social distancing, according to cellphone tracking data. 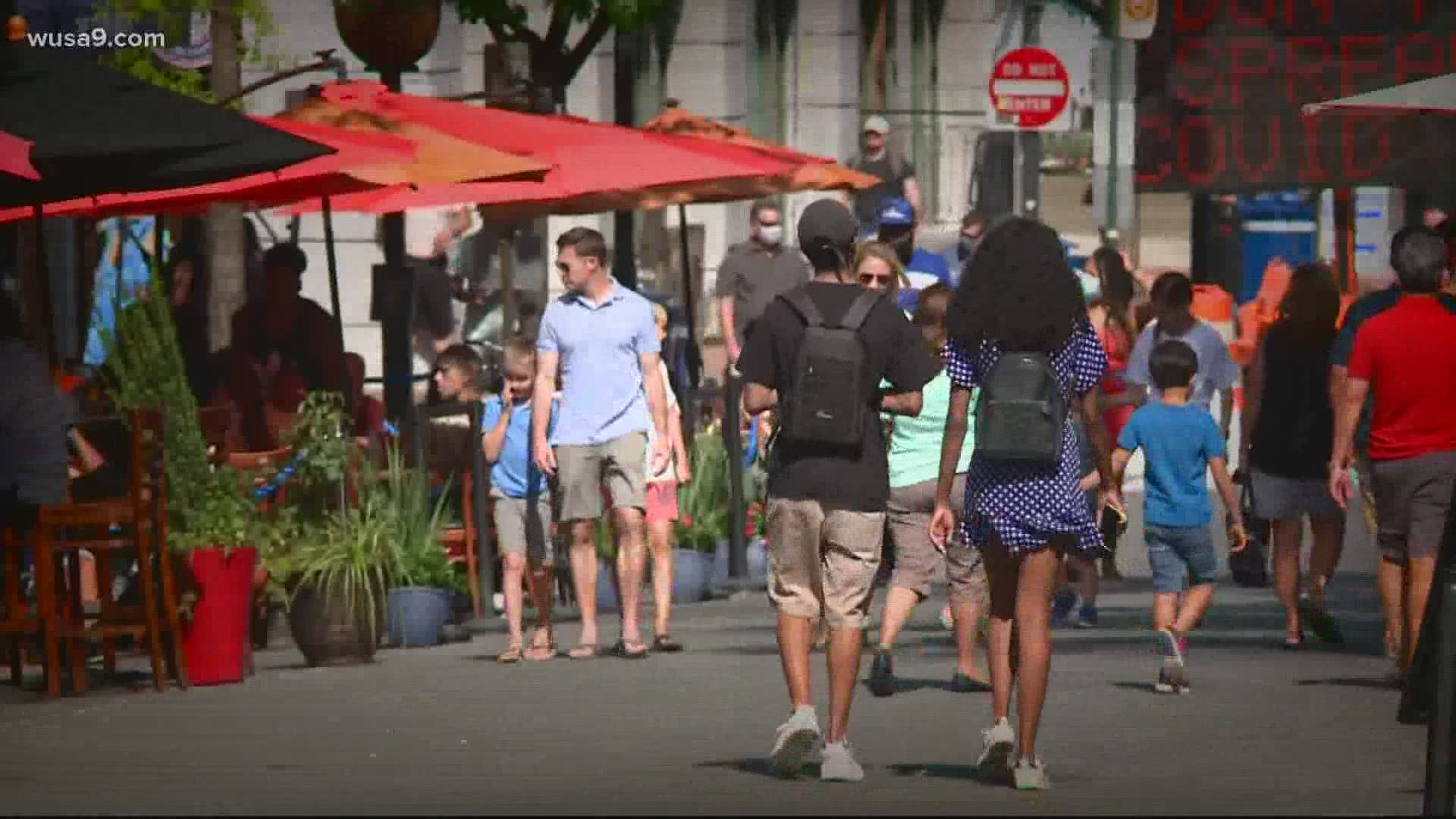 WASHINGTON — Over the last few months, the DMV has been making strides to gradually return to a new normal, but this week, other states have had to walk back their reopening measures because of a spike in COVID-19 cases.

Texas, who reopened weeks ahead of the DMV, is halting its reopening due to a surge in cases. Florida broke its daily record with nearly 10,000 new coronavirus cases in one day.

While cases nationwide continue to go up, the DMV has been able to avoid that trend.

According to the latest data:

One of the reasons the DMV has had lower numbers could be because of continued social distancing.

According to the University of Maryland’s COVID-19 Impact Analysis Platform, which uses cellphone tracking data to see who is staying home and who isn’t, nearly half of the District’s population was staying home this past weekend.

Credit: COVID-19 Impact Analysis Platform
The University of Maryland has been tracking the percentage of Americans staying home during the pandemic.

On Sunday, 47% of Washingtonians were reportedly stayed home, the highest percentage in the country.

Maryland was ranked fourth for most percentage of people staying home on Sunday, following New York and New Jersey who were hit hard in the early days of the pandemic.

Virginia was ranked 12th, with 26% of people reportedly staying home. They are on track to enter phase three later this week. 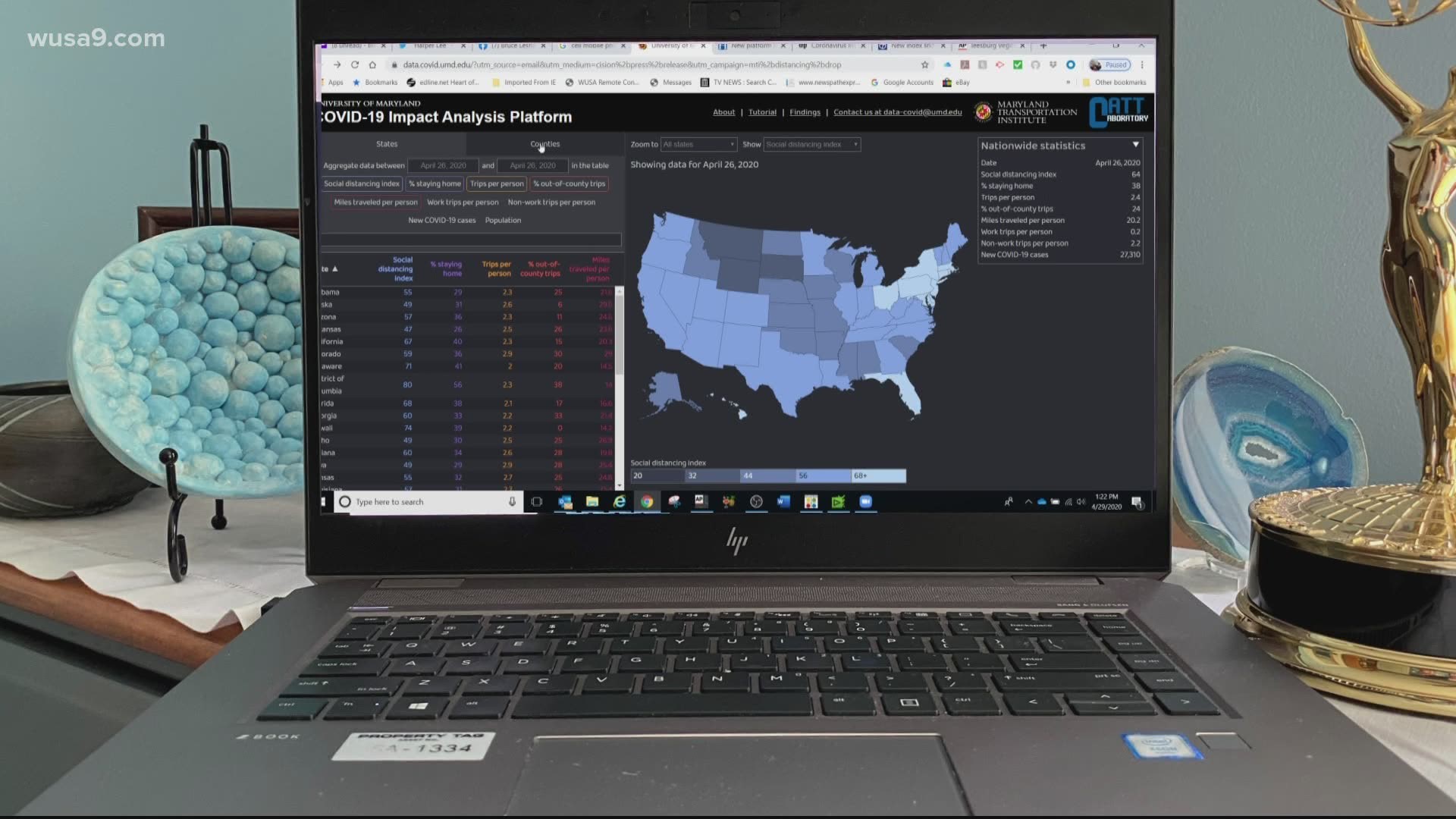 The CDC continues to urge everyone to wear masks in public to reduce the spread of the virus, as well as to keep your distance and stay at least six feet from other people.

That’s if you need to go out.

And of course – continue to wash your hands.