Clubs may be shut down, but DC DJs are getting creative by bringing the party online. 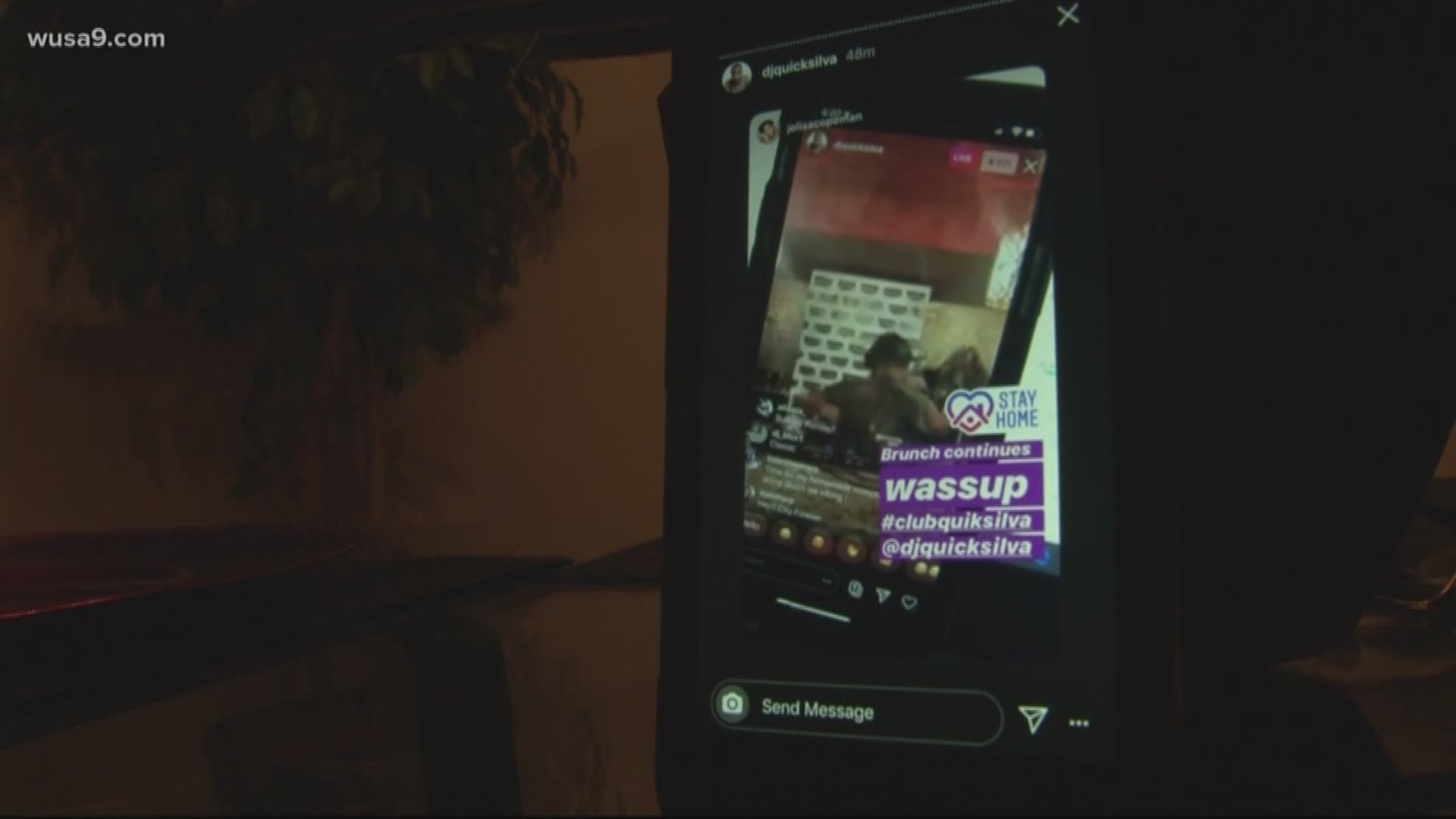 WASHINGTON — The bars and clubs may be closed, but DJs around the country have figured out a way to spread joy in homes around the world.

With social distancing becoming the norm as efforts to contain the spread of Covid-19 ensue, DJs like the DMV’s own QuickSilva of the syndicated “QuickSilva Show with Dominque Da Diva” are molding a new trend.

Virtual quarantine parties are becoming increasingly popular on social media, drawing hundreds of thousands of online partygoers to one “room.”

Over the weekend, LA-based Derrick “DJ D-Nice” Jones, made headlines when his star-studded virtual parties drew more than 150,000 people. Those who showed up were among celebrities like Mariah Carey, Oprah and at one point former First Lady Michelle Obama. Quick is good friends with Jones. He called him up this week.

“What D-Nice did was a win for the culture of DJing,” said Quick, who explained how DJs can be overshadowed.

QuickSilva, who is also a club owner, has held multiple parties for his more than 120,000 Instagram followers since the weekend hoping to recreate a feeling that would help people mentally escape their circumstances.

“Music is a gift, it is that one art form that can change your emotion and change your feelings,” he said. “ So, no matter what, even when you’re stressed out or depressed or you’re going through anything in life, the first thing a lot of people do is resort to music.”

On Friday, he launched “Club QuickSilva” stamped with the hashtag. Two days later, word caught for his virtual brunch party also known as “Sunday Funday.” He and wife recreated a club scene complete with bottles and hookahs.

R&B star Lil’ Mo was there, performing live for virtual guests. The party spanned for a little more than two hours.

"I had no idea it would get to a level where I have celebrities checking in, “he said. “ I’m glad I’m not just making [people] feel good by listening to my music, I’m recreating the feeling you get when you’re actually outside, partying in the club with what they call the party kingpin – QuickSilva.

Want to join the fun?

Quick will host virtual theme parties this week, including reggae and go-go.

#ClubQuickSilva returns Friday as well as Sunday Funday on this Instagram Live.

Quick hopes to reach at least 50,000 people this time around.