Nationals Park may now welcome about 10,000 fans as restrictions loosen in DC 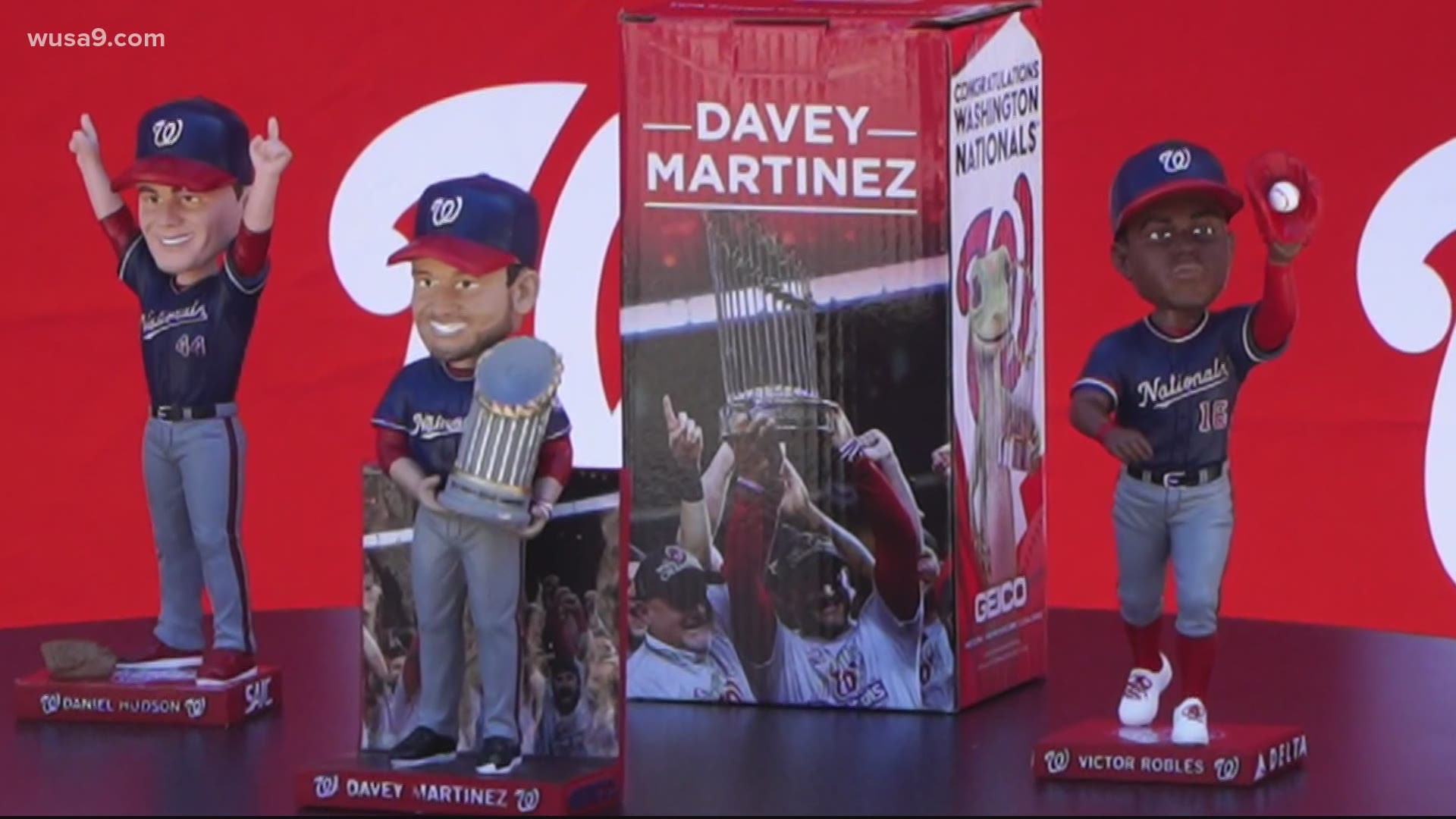 Nationals Park and Audi Field (Home of D.C. United) now have the all-clear to host in-person fans up to 25% of their stadiums' capacities, according to emails and statements released to teams in the area.

Capital One Arena can now host fans up to 10% capacity for Wizards and Capitals games. It will be the first time fans are allowed inside the venue since March 2020.

For one Nats star, in particular, this capacity increase is welcome news.

It comes after some early-season hiccups for the team.

A positive COVID-19 test inside the organization triggered virus protocols that forced the team to postpone its April 1 home opener against the New York Mets.

"I was assuming this was also April fools but nope, it's not, unfortunately," said a disappointed Eloise Weidner after the news broke.

"We've been through so much over the course of the entire pandemic and...we were so looking forward to today," said an employee at the Atlas Beer Works next to Nats Park.

The COVID-19 fallout ultimately forced the Nats to postpone their first four scheduled games of the season. They finally got things going Tuesday with a 6-5 win over the Atlanta Braves.

RELATED: ‘I was assuming this was April Fools, but nope’ | Ticketholders disappointed in Nats game postponement

D.C. COVID-19 restrictions limited capacity for that game to 5,000 fans.

RELATED: 'We can have more fans in here' | Max Scherzer sounds off about wanting more fans at Nats Park

It was welcome news for team manager Davey Martinez.

"That's awesome," said the smiling skipper. "Very excited about that. Like I said, I love our fans. Let's keep them coming."

The change is in effect now but won't have a practical impact until the team returns from an away series to face the Diamondbacks at home Thursday.

The loosened restrictions mean more people will get the chance to experience what Tuesday's fans did: a return to in-person sports that were sorely missed in 2020.

One fan outside the park Tuesday summed it up, "It's good to get back."