The recommendation comes after growing coronavirus concerns have already canceled events and gatherings around the city. 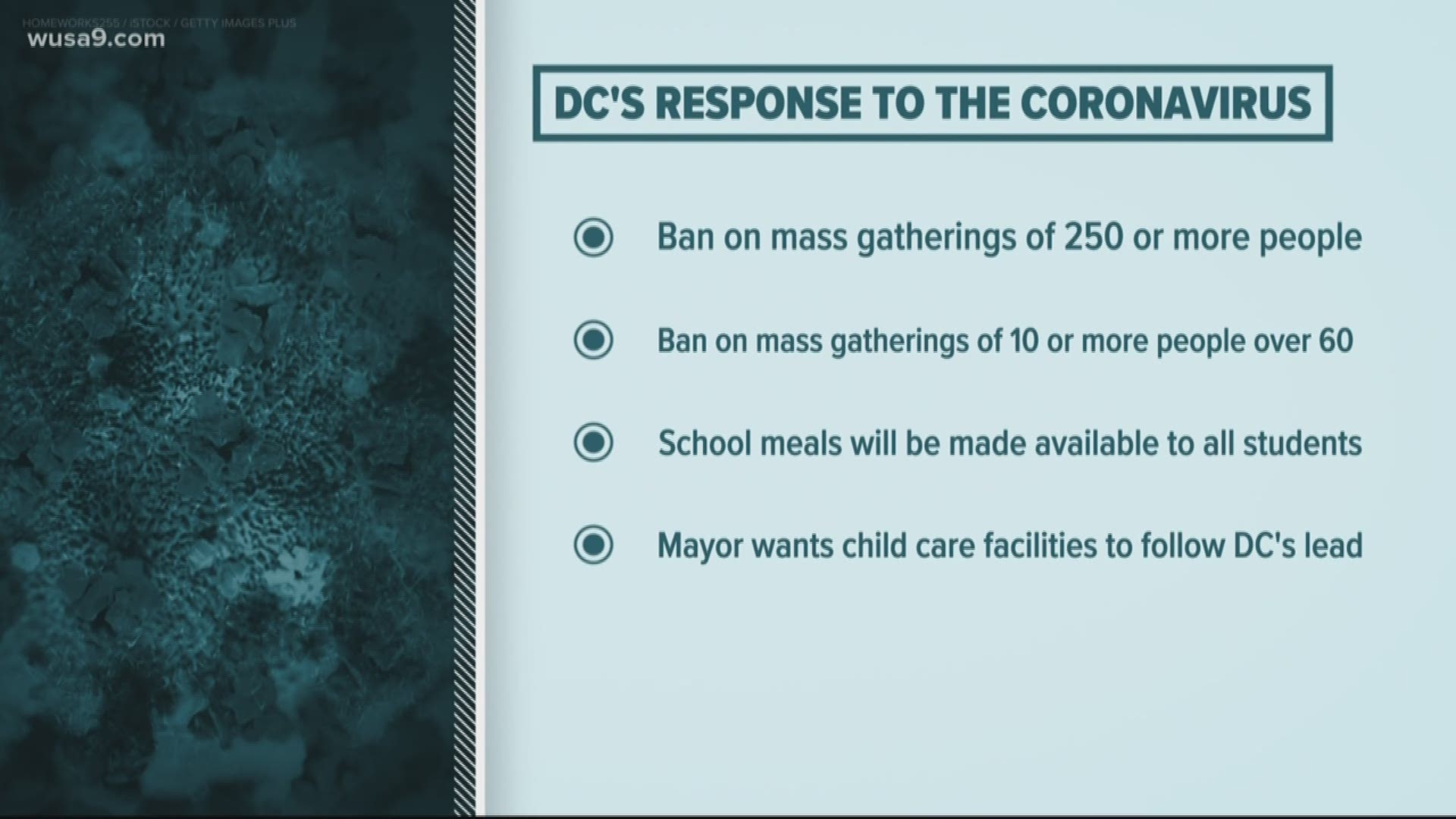 WASHINGTON — D.C.'s Health Department has recommended all events with more than 250 people in attendance to postpone or cancel.

The news came down Friday afternoon at a news conference with DC Mayor Muriel Bowser. This comes after see originally mandated that groups of people at 1,000 or more be banned. DC officials are following guidelines put out by the U.S. Department of Health.

The recommendation is in effect through March 31 and was sent in an advisory from Mayor Bowser's office as well as on social media.

The annual St. Patrick Parade was originally scheduled for this Sunday, March 15 and falls into the recommended cancelation time period. Organizers with the parade committee announced the postponement in an email on Wednesday, stating concerns about the health and safety of attendants.

DC Events is following the recommendation, announcing they will suspend operations and services at the end of business on March 13 until the 31st and will be doing additional deep cleans of the arenas. The group said they will resume full operations until April 1.

There are currently seven Capitals games slated at Captial One Arena until the 31 and five Wizards home games, all of which haven't been canceled. Other events at the arena during the impacted time period include performances by Billie Eillish and the Harlem Globetrotters.

The Annual Cherry Blossom Festival has canceled and postponed some of the events for this years festival.

The Opening Ceremony - March 21:  No longer being held at the Warner Theatre but potentially will be live-streamed. 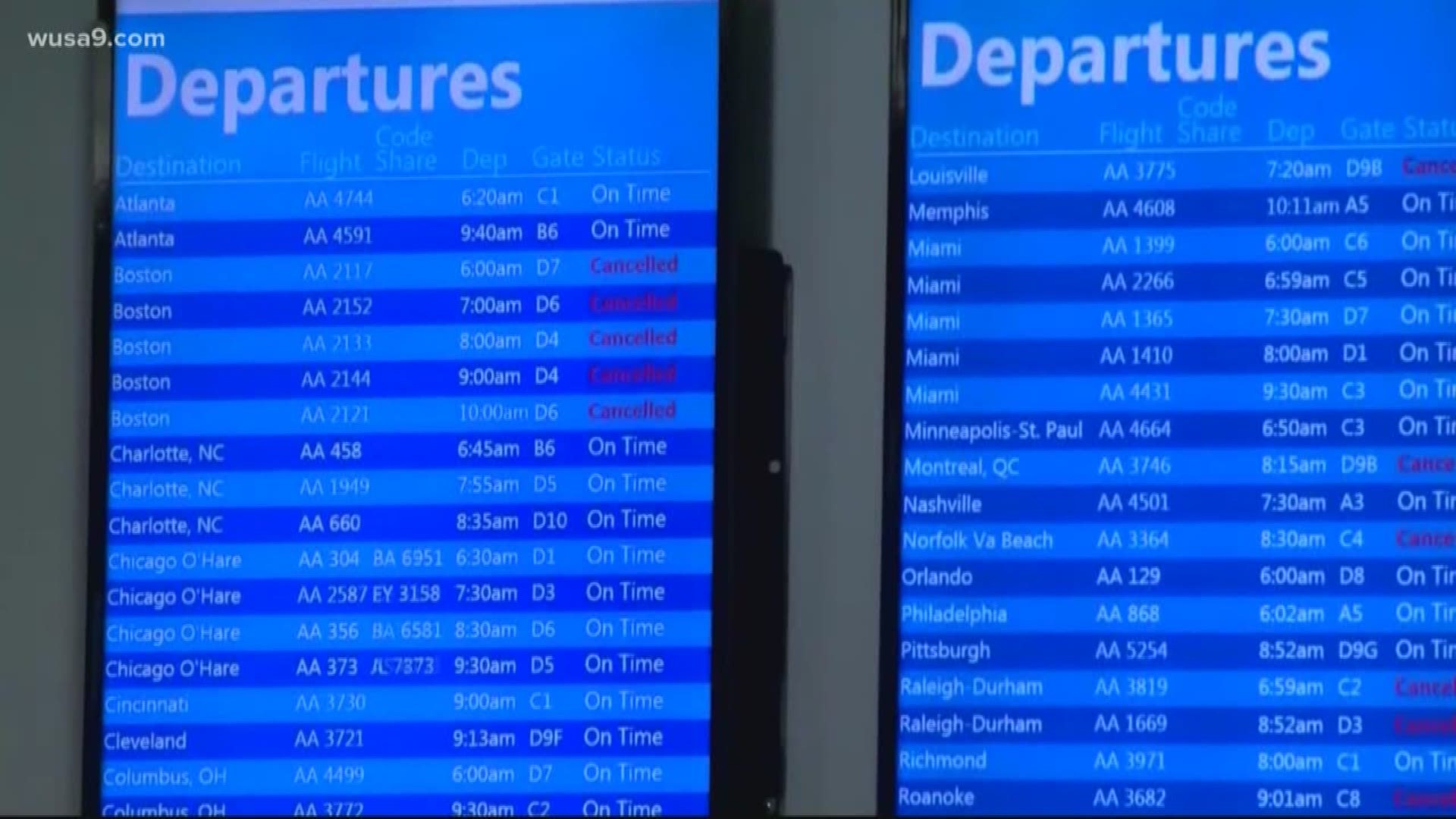 On Wednesday, D.C. Public Schools announced it will be closing schools on March 15 to prepare for potential impact on students and faculty.

Colleges around the DMV have begun to prepare for the virus impact as well, with Georgetown University announcing Wednesday they will move to virtual learning until after spring break on March 16.

Health officials throughout the DMV are continuing to urge residents to stay calm and take normal precautions like frequently washing hands and avoiding people who are ill.

Here are the updates on the presumptive positive coronavirus cases in DC:

At the time of the announcement, four people have tested presumptive positive for the virus in the District, according to health officials.

The first two positive infections were reported Saturday evening. Rev.Timothy Cole of Christ Church in Georgetown was the first confirmed case in the District. He reported feeling ill after returning from a Feb. 22 conference of church leaders in Louisville, Kentucky.

Rev. Cole has been quarantined at MedStar Georgetown University Hospital since Saturday and remains in stable conditions. Health officials said he first became sick after coming back from Episcopal leaders conference in Louisville.

Mayor Muriel Bowser said the second case was a middle-aged man contracted the virus while visiting D.C. for a night and was sent to a hospital in Maryland, where he was hospitalized.

Officials said that he traveled from Nigeria to D.C., before going to Maryland, where symptoms presented and he reported to a hospital there.

Local health officials said the CDC will classify this case as a D.C. case since he spent a night in the District. Three people who had contact with the man were tested for the virus and were negative.

The third presumptive positive case was announced on Monday as 39-year-old Tom Smith who is an organist for Christ Church. The man was said to have been in contact with Rev. Cole and has been in an "isolated but stable condition."

The fourth case was announced Tuesday by Mayor Bowser as a 77-year-old man who visited a Biogen conference in Boston and was said to have contact with other presumptive positive patients.

RELATED: WHO classifies coronavirus as a pandemic

RELATED: 23 confirmed cases of coronavirus in the DC, Maryland and Virginia