Fourth of July preparations underway in DC, despite pandemic

The National Park Service said, normally, tens of thousands of people would gather for the festivities.

WASHINGTON — The federal government is planning a party, despite this pandemic.

Crews are setting the stage around the National Mall for a big July 4th celebration. A secure area for spectators is already fenced off. Portable toilets and hand-washing stations are also in place.

The National Park Service said, normally, tens of thousands of people would gather for the festivities.

The President began touting the 2020 celebration at the outset of this public health emergency. He encouraged people to show up, but simply keep their distance.

The White House will release details Wednesday about the specific measures being put in place to protect the public.

One of the main attractions in the heart of D.C., the Independence Day parade along the National Mall,  is canceled. No tanks or other military equipment will be on display, but there will be music, a flyover and this time, President Trump will address the public from The White House. 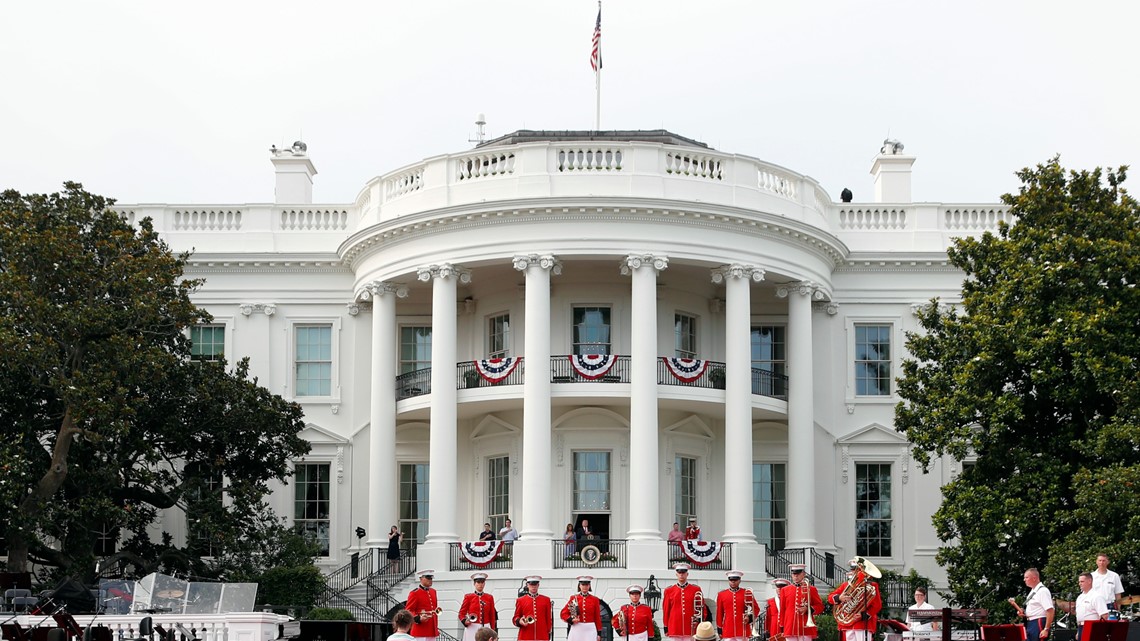 Bowser is encouraging D.C. residents and those in Maryland and Virginia planning to attend to celebrate at home instead.

For weeks, Bowser has urged President Trump to cancel this year's event.

Even though the President isn't taking her advice, Mayor Bowser said, the city will still provide the federal government with the necessary support to carry out this year's event.

The mayor is expected to outline the city's Fourth of July plans Wednesday morning.

RELATED: Where to watch July 4th fireworks on TV, online this year