Despite surge in cases, DMV's coronavirus rate slowing thanks to social distancing

The growth rate of new cases in D.C., Maryland and Virginia has slowed since stay-at-home orders were issued. 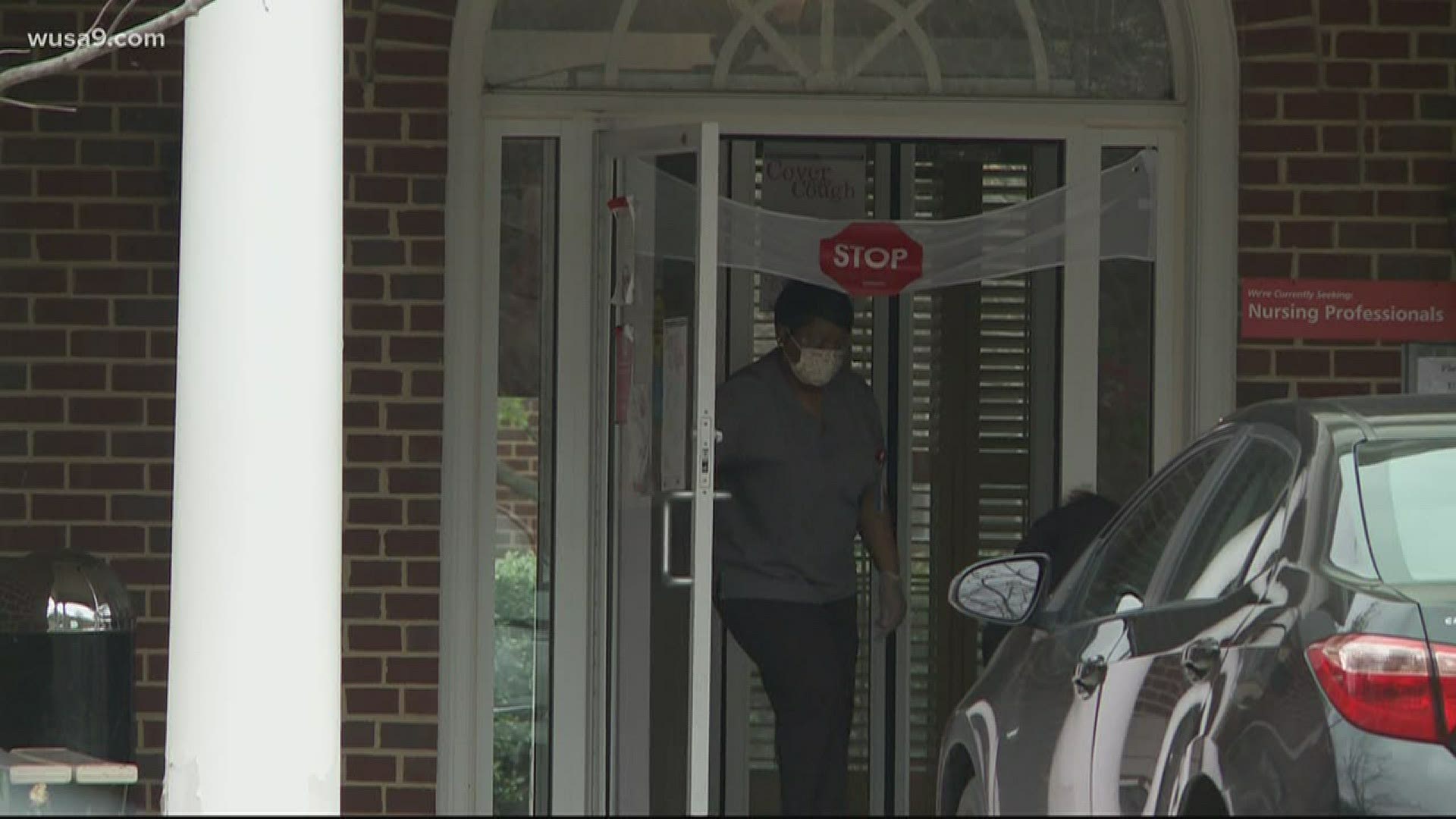 Maryland Gov. Larry Hogan attributed roughly a third of those new cases to tests performed in March that are just now being reported.

“An increase in new infections is just one of the reasons for today’s significant jump in new cases,” Hogan said on Twitter. “This is also due to our ongoing efforts to ramp up testing in Maryland, with more private labs coming onboard and the expansion of commercial lab capacity.”

Maryland has seen the worst of the coronavirus pandemic in the DMV so far – reporting the area’s first case on March 5, and counting more than 5,500 cases as of April 8.

Particularly affected have been the state’s nursing homes. Hogan said as of April 7, 90 facilities had reported positive cases of COVID-19. In response, he announced he was activating “strike teams” of medical professionals to help “overburdened” facilities.

The spike in new cases was enough to push Maryland's daily case growth rate to the highest point since Hogan announced his stay-at-home order on March 30, according to a WUSA9 analysis of Maryland Department of Health data.

It's worth noting that reporting on new cases tends to be spiky, as new positives are often reported by private labs in batches.

Despite the large increases on Wednesday, the entire DMV has seen case growth rates dropping since stay-at-home orders were issued in D.C., Maryland and Virginia on March 30.

One way to visualize this is by looking at the virus' doubling time – the number of days it takes the total number of cases to double.

On March 22, when Maryland reported its 200th case, the doubling time for Maryland and Virginia was 2.8 days. D.C.'s cases were doubling even faster – approximately every two days.

By March 30, when the stay-at-home orders went into effect, cases in D.C. were doubling every 4.5 days. Virginia had slowed to doubling every 3.5 days. Maryland, though, was still seeing cases double every 2.8 days.

How to Read the Chart Below: As the lines get higher, the time it takes for cases to double increases. This means the average growth rate has been slowing. Click on a date on the chart to see the doubling rate for that day.

Since the stay-at-home orders went into effect, the entire DMV's doubling rate has slowed to more than five days – with Maryland's five-day average dipping just below 5 with Wednesday's case surge.

Still, the apparent slowing does not mean officials we should leave the house.

Hogan announced that the greater Baltimore-Washington corridor had been labeled a federal priority and emerging hot spot, and at least Montgomery County had begun considering a mandatory mask order in public spaces to further reduce the spread of the infection.

There is a light at the end of the tunnel: We can get through this together. Click here to read about when all this data says we can expect the worst to be over.