Several of the proposed changes reflect what has already benefited some restaurants during the pandemic. 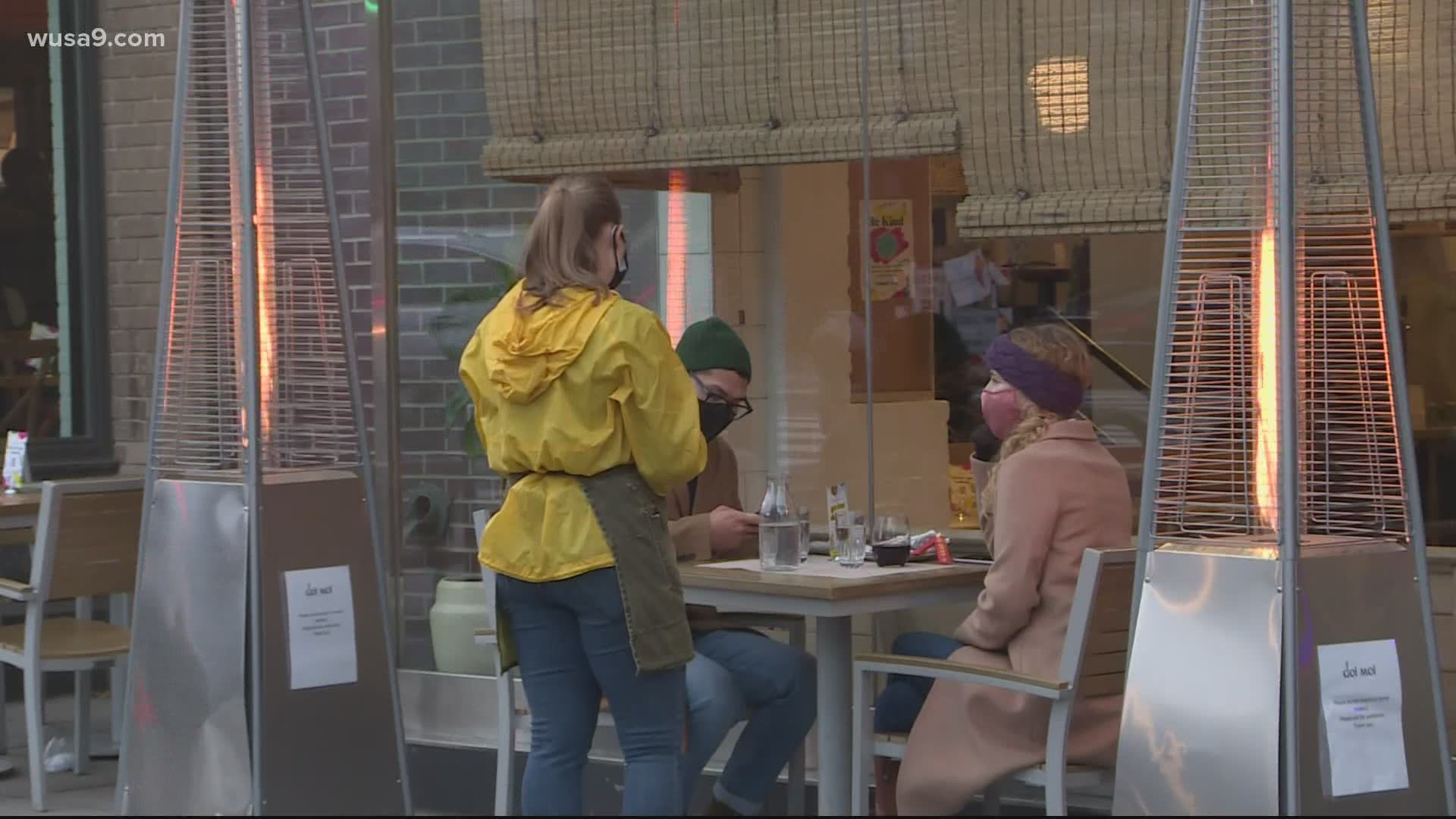 WASHINGTON — The way people drink and dine in D.C. has changed significantly during the pandemic, but some of the adaptations made could be here to stay.

D.C. Mayor Muriel Bowser proposed legislation this week called the Reopen Washington, D.C. Alcohol Act that aims to rebuild the hospitality economy. The legislation includes extending the city’s streatery program during the summer months until 2023, creating a new commercial lifestyle license that allows people to walk around and drink alcohol within predefined boundaries, and allow grocery stores in Wards 7 and 8 to sell more alcohol.

“There are still going to be to-go drinks, that's something we want to preserve for some time to come," D.C. Deputy Mayor for Planning and Economic Development John Falcicchio said. "And we also want to make sure that people can drink outside in a different way."

But don't start thinking Bourbon Street is coming to D.C. Falcicchio said the proposed commercial lifestyle center license would allow people to walk around and consume alcohol in certain designated areas where security and signage are posted.

RELATED: Indoor dining in DC reopens at 25% capacity on Friday

“The intention is actually in specific areas where there is one common owner or one owner's association that businesses would allow their patrons to take their drinks with them off-site and be able to consume in that private space,” Falcicchio said. “Think of it like the Wharf, as one example, or even folks have mentioned City Center is another good example where there's retail that's confined to one private space.”

Falcicchio said people would still be able to go into a restaurant and buy a to-go cocktail, they just wouldn’t be able to walk up and down the street and drink it unless they were in a certain defined area.

“I think it's going to be even more vibrant, even more dynamic than it is,” Falcicchio said of the future of D.C.'s nightlife.

Since the pandemic began, some restaurants have been offering a to-go drink option in addition to takeout, including Doi Moi. The restaurant’s Assistant General Manager, Carla Sevilla, said it was a relief to read the proposed legislation that would expand some measures they already have in place.

“Who knows when they’ll be comfortable eating inside, so from what I read from in the new legislation they’re trying to keep it for a couple of years, which is huge because unfortunately the virus is not gone,” Sevilla said.

She said the streatery option is something that has helped Doi Moi immensely during the pandemic.

The proposed legislation would also allow grocery stores in Wards 7 and 8 to sell more liquor than currently allowed.

“25% of their sales can be from beer and wine -- right now they’re capped at 15%,” Falcicchio said. “We know that category of sales is one of the most profitable, so we think that will entice grocers to go wards 7 and 8.”

Falcicchio said over 100 restaurants in D.C. have closed because of the pandemic. He said 53,000 jobs were lost in the city, and the majority of those were in the hospitality sector.

“That's why we have these new provisions, to make nightlife more dynamic, but also to allow these restaurants and these hotels and these businesses to hire more people and hire people back again,” Falcicchio said. “We wanted to make sure that our recovery was even more dynamic than we were before the pandemic. And that's why we have this new legislation that the mayor's proposed this week.”

Falcicchio said the DC Council is expected to take up the legislation in the coming months.

“What we hope is that the Council will take up this legislation this winter and spring," he said. "So by this summer we will know what the regulations will be, and the law will be, for the fall and the coming year."