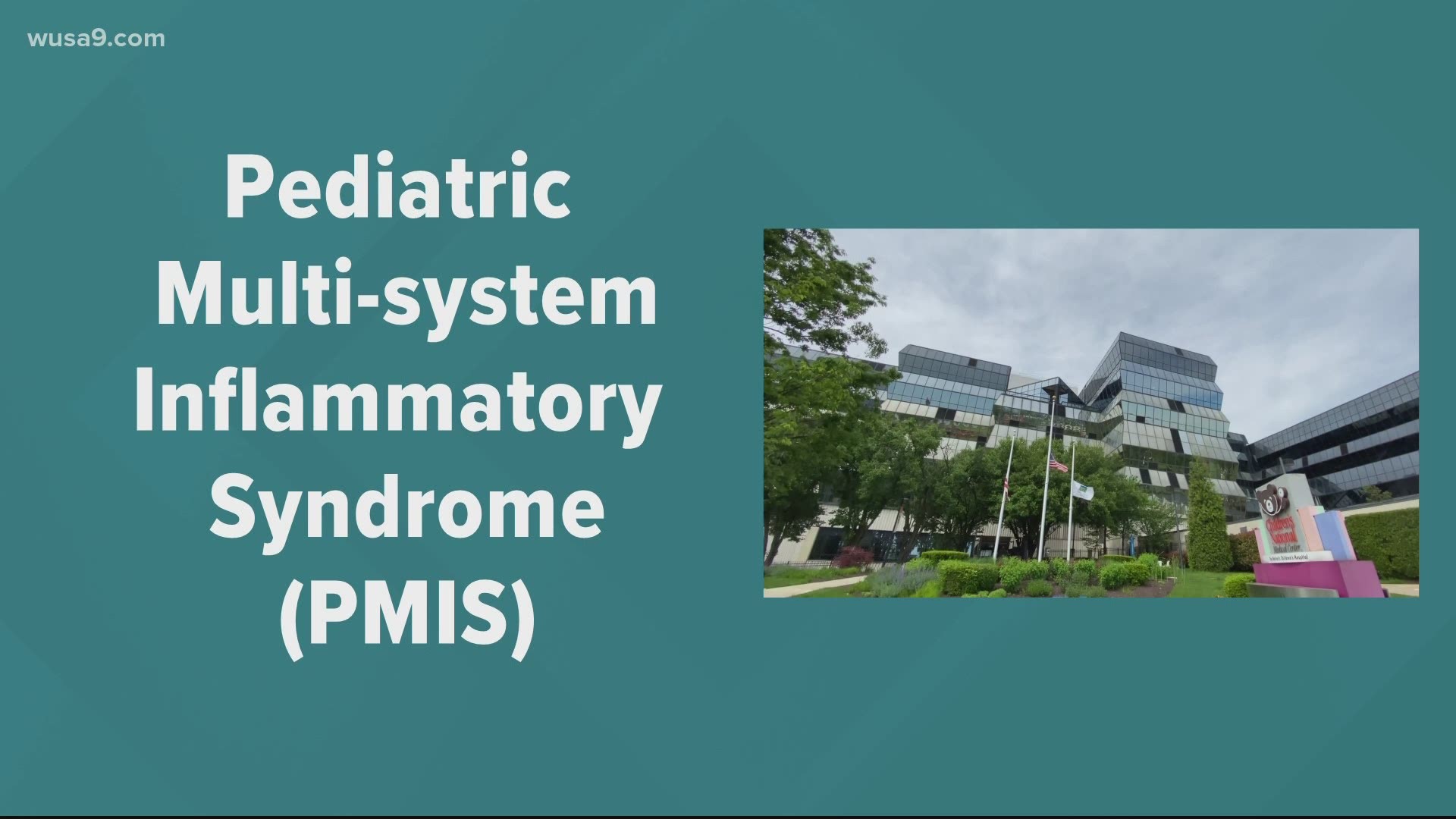 WASHINGTON — More than 200 kids have been treated for the coronavirus at Children’s National Hospital, and now there are three reported cases of a new inflammatory disease that doctors said could be linked to the virus.

A new disease called the Pediatric Multi-system Inflammatory Syndrome (PMIS) has surfaced in the D.C. area.

"It's different than the typical COVID-19 symptoms," Berul said. "It includes fever for more than five days, conjunctivitis or pink eye in both eyes."

"Some unique things we don't see in other syndromes are this strawberry-colored tongue, red cracked lips, swollen hands and feet including peeling of the fingers and toes," he explained. "The peeling can be later, like a week or two, that’s a finding in the others."

Doctors said the mysterious illness is similar to Kawasaki Disease, a rare condition that causes fever, rash, swelling of the hands and feet, inflammation in the mouth, lips and throat primarily in children five and under.

According to the Centers for Disease Control and Prevention, it's the leading cause of acquired heart disease in American children.

Berul tells WUSA9 that of the 230-250 children who have tested positive for COVID-19 at Children’s National, 60 kids were admitted for inpatient care. A quarter of those admitted required intensive. All of the children survived. Only three of those cases included children with PMIS. Others are being evaluated for it.

"The good news is the vast majority of children who get COVID-19 can be treated as outpatients and do well," Berul said.

Berul said PMIS can show up in kids between the ages of five and 15. More research is needed to determine if COVID-19 triggers the inflammatory disease. With treatment, children fully recover. The key is to act fast.

"I don't want to scare parents about it, but we want to make sure people recognize the condition and aren’t afraid to go the hospital to be safely treated," he said. "If they go untreated, they can get coronary-artery aneurysms, dilation of coronary arteries, which are the arteries that feed the heart muscle."

He explains the condition could lead to a heart attack if untreated.

The standard treatment in the hospital is intravenous immunoglobulin, and a high does of aspirin to prevent abnormalities in the heart. Berul adds that if a child has been hospitalized for the coronavirus, it is important to follow-up with a cardiologist no more than three weeks after their symptoms go away.