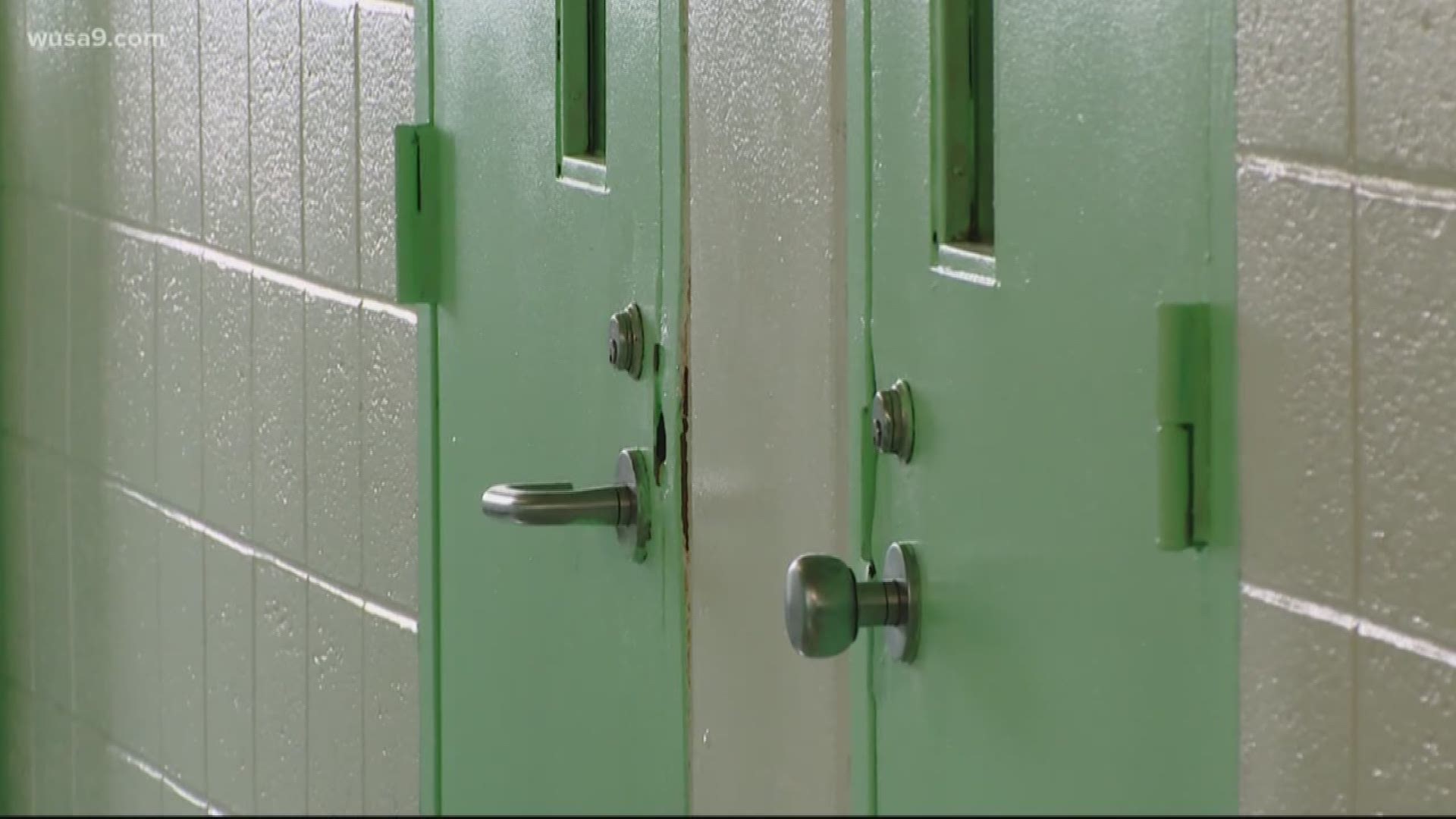 WASHINGTON — Five additional inmates in D.C. Department of Corrections custody tested positive for coronavirus, officials with the jail confirmed Sunday, May 10. A total of 35 residents in DOC custody are currently in isolation and 127 inmates have recovered from the virus thus far.

The five confirmed cases were housed in the Central Detention Facility and are currently being monitored by medical staff and in isolation, officials said.

The new cases come a week after four additional inmates tested positive for the virus.

Correction facilities in D.C. have found increasingly high numbers of cases, with both inmates and correctional officers contracting the virus, according to data. Despite an April 19 federal ruling to overhaul sanitation efforts -- and help fight growing infection rates -- more and more cases have turned the D.C. jail into a potential coronavirus hot spot. 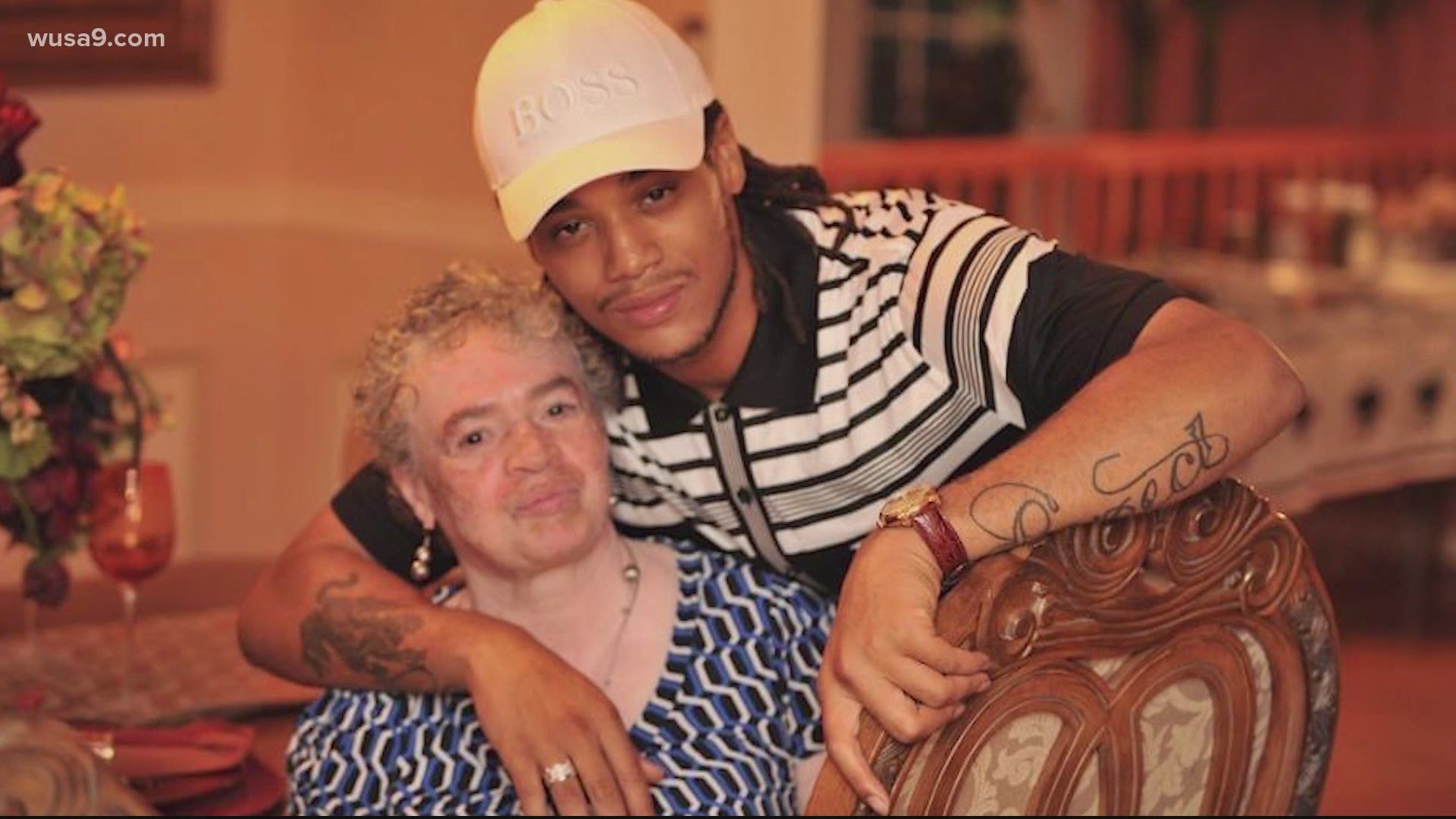 Cases continue in both personnel and inmates

The latest numbers from the D.C. jail reflect those increased concerns. As of May 3, over 830 inmates are in quarantine for the virus -- 144 more have already tested positive, including the four new cases on Sunday.

Sworn personnel within the jail, who often have direct contact with inmates and smaller spaces, have also tested positive -- 61 members, as of May 3. While 42 are in quarantine, 200 personnel have returned back to work.

There has been one reported inmate death from the virus thus far -- 51-year-old Deon Crowell, who passed away on April 13.

While death tolls within the facility don't trend as high as other areas like nursing homes -- housed with residents in the target at-risk demographic -- advocates and members from inside the jail said the system is doing little to protect them, with cramped spaces making social distancing challenging and increased sanitary concerns.

Independent inspectors were sent to jail after a federal judge agreed to hear the inmate's complaints, which also were the basis behind an ACLU lawsuit.

Some of those complaints included everything from lack of protective gear and sanitation to days long delays in inmates receiving medical care. Personnel within the facility said that new inmates were not "properly screened" and that the jail did little to encourage social distancing.

After inspectors validated a majority of the claims, U.S. District Judge Colleen Kollar-Kotelly mandated increased protections for the jails, calling for improved conditions in isolation units and access to clean clothes and daily showers. Beyond providing additional protection supplies, the order also requires the following:

"Defendants, as well as society at large, are facing an unprecedented challenge," she wrote.

READ: An affidavit from an inmate at the D.C. Central Detention Facility, per the ACLU, discloses a concern for lack of immediate medical care

What about kids and teens in juvenile detention centers?

Kids and teenagers were originally not considered high-risk for the virus, but they are not immune. The latest numbers from the D.C. Youth Rehabilitation Services show that 10 inmates and 26 personnel members have tested positive for the virus.

In Virginia, a juvenile detention center in Bon Air saw an eruption of cases with 25 kids testing positive with data released on April 19, the same day that federal judge Kollar-Kettley ordered those increased protections for the D.C. facility.

Chris Moon, the chief physician for Virginia’s Department of Juvenile Justice, said that those who tested positive were immediately put in isolation and that many of those felt little to no symptoms.

"Unfortunately, those sworn to protect our vulnerable youth have failed," Liz Ryan, head of the Washington-based nonprofit Youth First Initiative, told the Associated Press. "It's clear that refusing to listen to public health experts has put our youth and communities at extreme risk."

Credit: AP
This photo shows the Bon Air Juvenile Correctional Center in Bon Air, Va., Tuesday, April 21, 2020. The Virginia Department of Corrections said Monday that it will dramatically increase testing of inmates as the state struggles to control the spread of the coronavirus in prisons across the state. (AP Photo/Steve Helber)

While many younger people may not show symptoms and signs of the virus, treatment is still crucial. Asymptomatic people that carry the virus unknowingly spread it to others. In tightly spaced areas like Bon Air and D.C. correctional facilities, that can translate to staff members bringing virus outside of the gates, to at-risk family members visiting youth centers and contracting diseases.

In order to get case numbers to that 14-day plateau period -- which all three regional leaders say is necessary to reopen -- significant changes and protections to DMV correctional facilities are needed. Until then, jails may continue to become virus hot spots, places where a pandemic can't be contained, where a virus can't be locked in, or out.