Parents are continuing to pay even though their kids aren’t going, but daycares are still struggling. 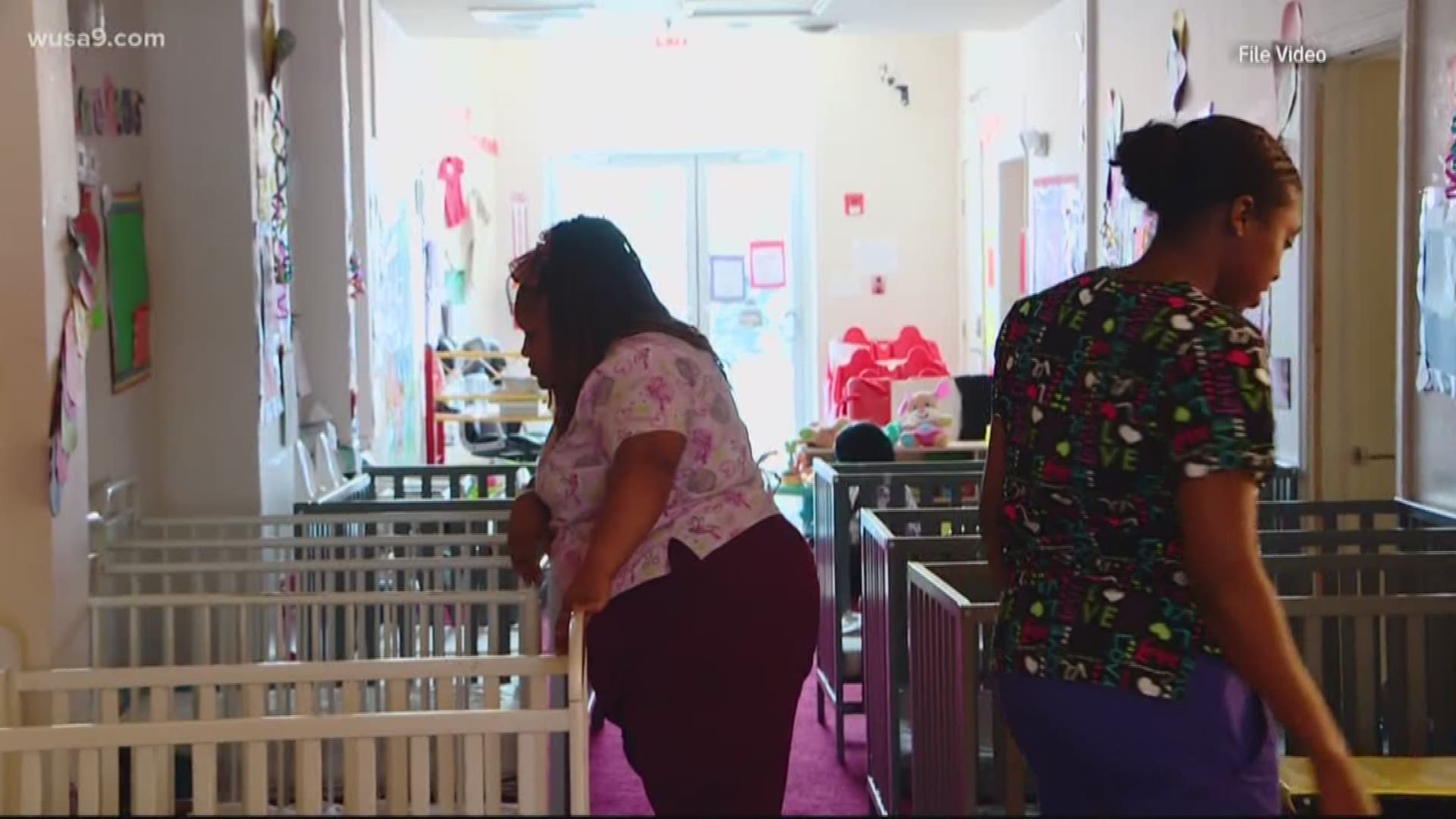 WASHINGTON D.C., DC — With many childcare facilities across the DMV deciding to close their doors when the school districts did, daycare workers said they’re struggling to manage.

"Providers want to be of service, that is what we do, we serve the public," Donna Mason, the Executive Director of St. Albans Early Childhood Center in D.C., said. "So it's awkward to try to be helpful when you're jeopardizing your workforce, the families, and the children that you want to protect."

Mason said managing a childcare facility during a pandemic brings a unique set of challenges.

She’s charging parents for childcare even though kids are staying home. Mason said they have taken to some virtual learning.

"We're worried about being fair to the parents, making sure that children are okay, making sure our staff are being paid and making certain that we can cut costs where we can tap into as much reserve as we're able to, and keep everything going so we can ride this out, and not have to start all over," Mason said.

Mason said the parents who use her service are okay paying for this month, but some are struggling with paying for April's childcare.

“I had maybe four groups of parents," Mason said. "The majority of parents would accept the 75% tuition fee. The second group, which was about maybe 15%, said they’d pay the full amount. Maybe about 10% said 'I’m withdrawing. I don’t know how this is going to play, but I’m laid off and we’re withdrawing.' It wasn’t a lot, but you lose 10 parents and that’s $20,000 in revenue. Then you had a group that said they want to stay with you, but they don’t have money."

Mason said she’s come up with an idea to try to solve the issue -- a community-based fund where people can donate to help childcare centers pay their staff, bills and cut parents a break on tuition.

"I believe that this is a community issue, and people are looking for opportunities to help," Mason said. "You can help by bringing groceries to an elder, but you can also help by saving the childcare industry in our city, because again we are essential employees as well. We just want to stay open, so that when they say it's time to open, we can open the next day."

On Wednesday D.C. officials announced they’re opening six emergency childcare facilities to take care of the kids of health care workers. Those centers will be open to qualified parents on Thursday.