DC chefs cook 15,000 meals for front-line workers and those in need

'I can still be part of the solution and have a solution for myself,' D.C. restaurateur Erik Bruner-Yang says. 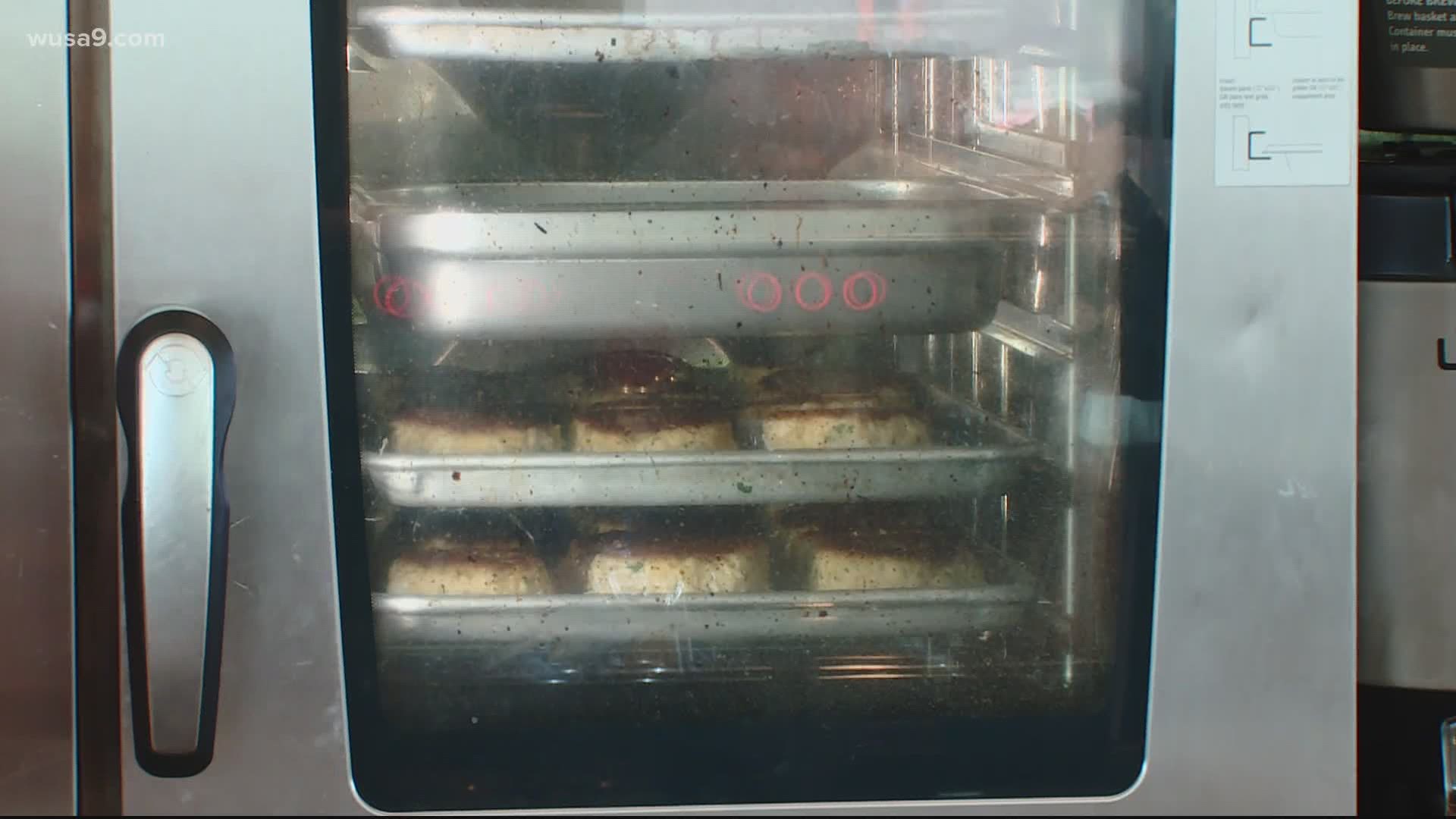 WASHINGTON — At the beginning of the coronavirus outbreak in the Washington area, popular D.C. restaurateur Erik Bruner-Yang was trying to figure out how to keep his restaurants afloat.

“Half of my restaurants have closed. Eighty-five percent of my staff has been laid off,” Bruner-Yang said during a mid-March interview.

He also developed The Power of 10 Initiative, a restaurant revitalization plan.

"I can still be part of the solution and have a solution for myself,” Bruner-Yang said.

Bruner-Yang's solution is getting chefs back to work. A $10 donation covers the cost of a meal and labor. Their goal is to get $10,000 a week to keep 10 chefs at a restaurant employed. Those chefs will make 1,000 meals to give away.

Some of the food they’ve cooked up has gone to nurses and doctors at Washington Hospital Center and Howard University Hospital.

They’ve also delivered food to DC Fire and EMS, the National Children’s Center and food distribution sites throughout the District.

With this plan, several D.C. restaurants have been able to stay open with limited staff.

Bruner-Yang's ABC Pony and Maketto are still operating. Cane, Compass Rose, Get a Hero Be a Hero, Maydan and Rako Coffee Roasters are also participating.

Bruner-Yang said he is still waiting for more support from the federal and local governments to kick in.

His initiative is also being implemented in other parts of the country, including Los Angeles, where a handful of restaurants are giving it a try.

"This has been a good emotional motivation and distraction to get up everyday," Bruner-Yang said.

RELATED: This DC wine bar suffered a virus infection and break-in. Now, it's bouncing back