The idea has been proposed for international travel, while Governor Ron DeSantis says they won't be required in Florida. 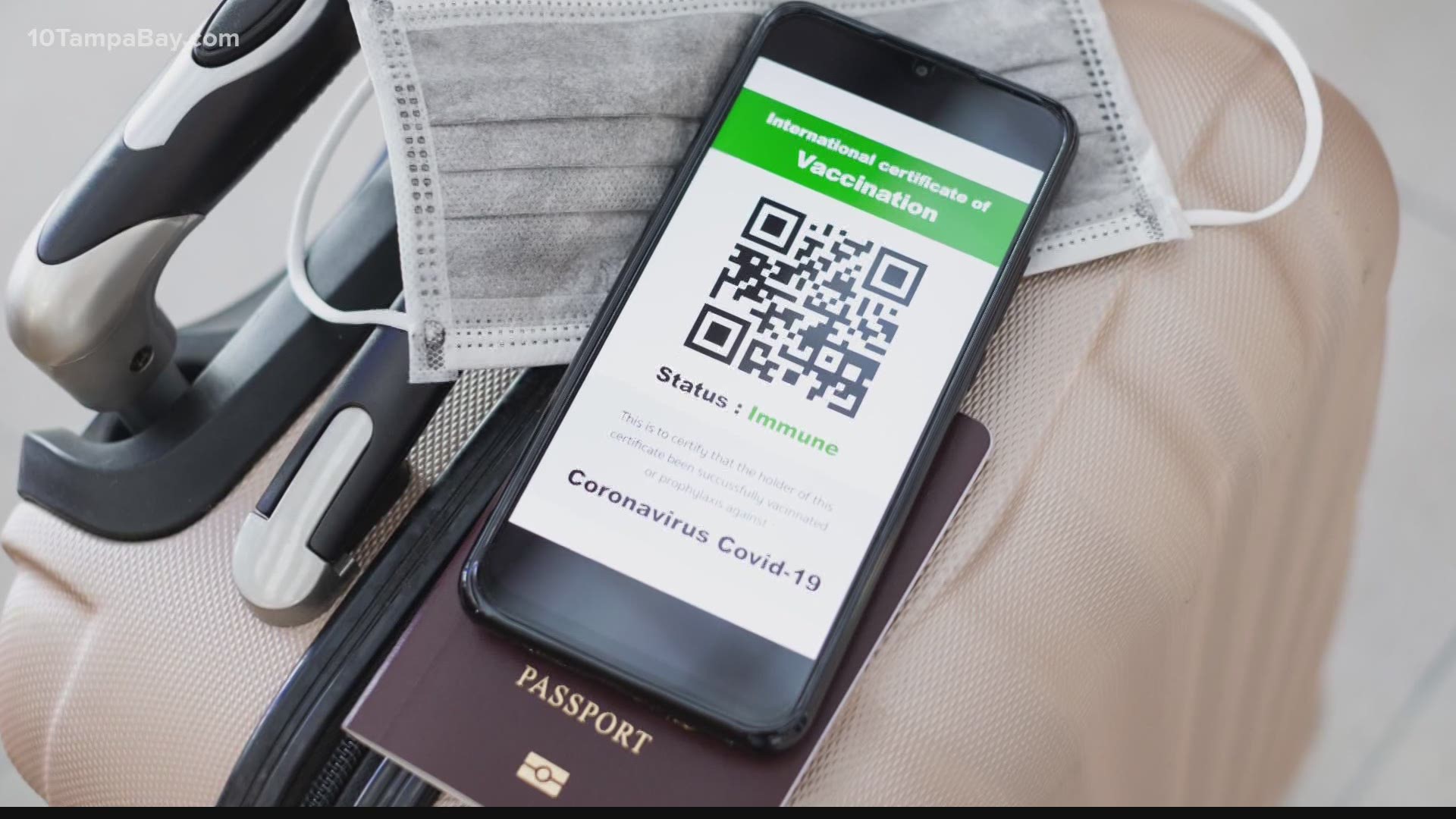 TAMPA, Fla. — As more and more people get vaccinated against COVID-19, they're making travel plans again. The idea has been floated in several different countries, including here in the United States by the Biden administration, to create a 'vaccine passport' in order to travel.

Florida Governor Ron DeSantis says he doesn't like the idea and that it won't be required in Florida.

During a Monday press conference, the governor spoke out against the idea of a "vaccine passport" that proves inoculation.

“We’re not supportive of that. I think it’s something that people have certain freedoms and individual liberties to make decisions for themselves," DeSantis said.

RELATED: 'We’re not supportive of that': Gov. Ron DeSantis says vaccine passports will not be coming to Florida

Public health professor Dr. Jay Wolfson from the University of South Florida says he doesn't think a vaccine passport is likely for domestic travel, but it makes practical sense for international travel to limit the spread of COVID-19.

"If this continues to be as deadly as it has been, the idea of having something that you and I can feel comfortable being around others knowing that we're safe, especially if we're traveling long distances on airplanes or boats makes some sense," said Dr. Wolfson.

Public health officials say vaccinating people will protect people from severe illness or death from the virus, so several companies, from cruise lines to airlines, have announced vaccine requirements for customers.

Although the vaccination requirement may add a layer of safety to international travel, it does have a number of logistical and safety concerns. Dr. Wolfson says, "The challenge is going to be who does this, who validates this? You'll need something digitized that has a central databank. Does the government do this? Does the Federal Aviation Administration and Centers for Disease Control do this?"

An agency also needs to create a list of approved vaccines, since some countries use vaccines against COVID-19 that are not approved in other countries.

The passport also has to be created and managed in a way that protects sensitive personal and health information.

"It kind of behooves us to really think about how we can do this properly in a way that protects our medical information but makes sure that we have documentation like other countries will to show that we're vaccinated," explained Dr. Michael Teng, a virologist at USF.

The idea of a vaccine passport isn't entirely new though. Dr. Wolfson says it's very similar to how schools in the United States require immunizations for students and how other countries implement requirements for vaccines in order to travel. Some countries require vaccines to protect against polio or yellow fever before you enter.