COVID Blog: Virginia lags behind rest of US in getting vaccines out

Only five states have gotten out fewer doses by population than Virginia. But Maryland isn't doing much better. 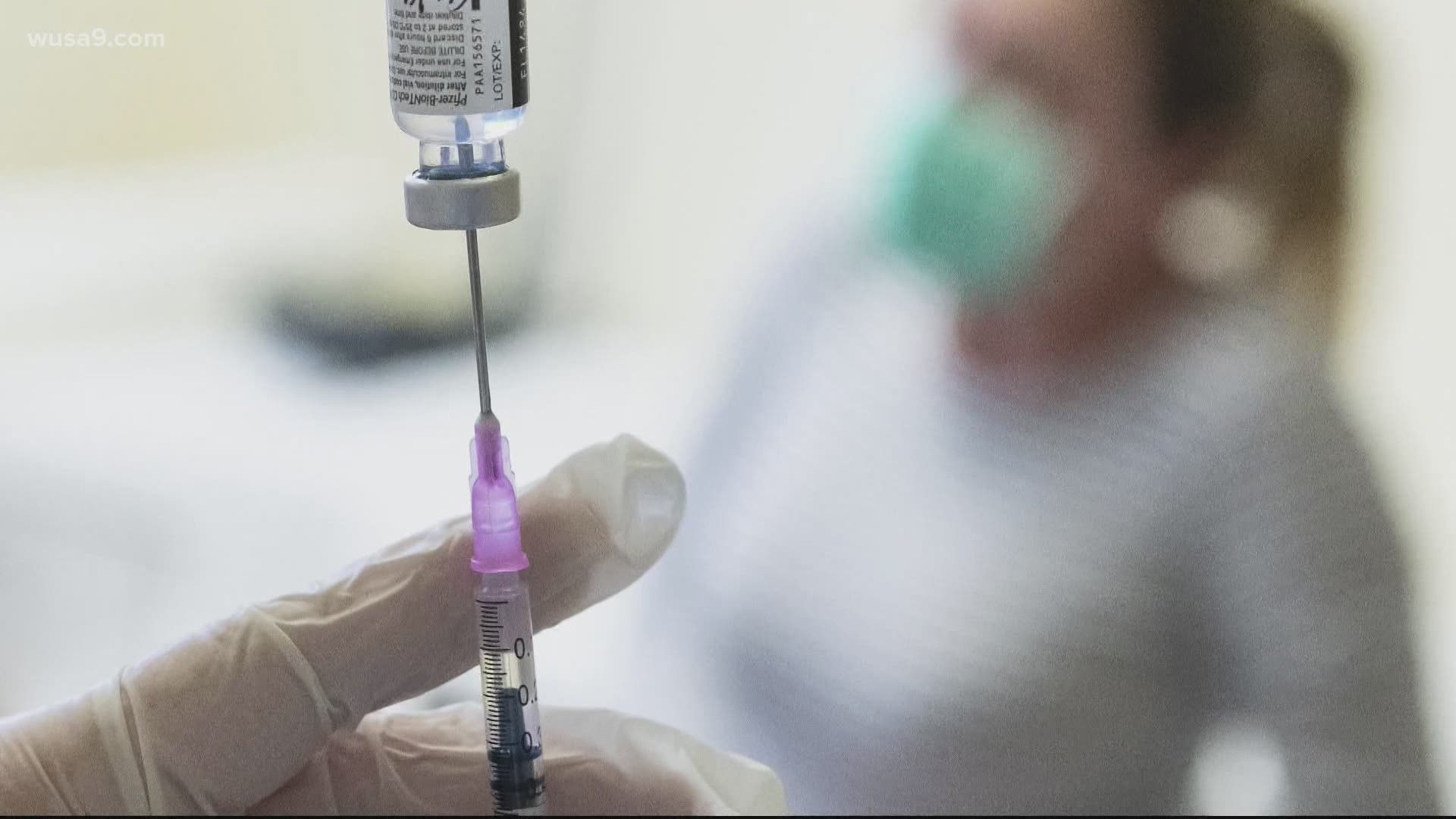 WASHINGTON — It’s Monday, January 25, and in the DMV, Maryland and Virginia continue to lag behind the rest of the country in getting doses of the coronavirus vaccine into arms.

As of Sunday – the most recent date available – only five states have administered fewer doses per 100,000 people than Virginia: Kansas, Missouri, Alabama, Nevada and Idaho. Maryland isn’t doing much better. Including D.C. and Puerto Rico, Maryland ranks 40th in the nation. Virginia ranks 47th.

Virginia also ranks last in the nation for the percentage of the shots it has received that have been administered. According to the CDC, the commonwealth had administered 42% of the doses it had received as of Sunday (Virginia’s own data portal puts that number around 47%). Maryland isn’t doing much better at 45%. The national average is 52%. D.C. is doing well in this metric, with approximately 68.5% of all doses it’s received now administered.

In positive vaccine news, both Maryland and Virginia have now passed a milestone – they’ve both now vaccinated enough people with at least 1 dose to account for all of their respective health care workers. For Maryland, that’s 300,000+ first doses, and in Virginia it’s 440,000+ first doses. The caveat to this, as always, is that not all of those doses have gone to health care workers, but it’s a worthwhile milestone to note how the state’s vaccination programs are moving along.

In case you’re just here for the numbers, here’s how things look today:

Virginians probably shouldn’t start celebrating just yet, though. The commonwealth is still averaging nearly 4,600 new cases of the virus a day, and is now averaging nearly 50 deaths a day – up 30% from two weeks ago.

Maryland is also still seeing deaths rise. The state is now averaging 43 new deaths from COVID-19 a day – up 13% over the past two weeks.