A year after becoming the first known COVID-19 patient in the district, Father Timothy Cole said the anniversary of his diagnosis offered a time of reflection.

WASHINGTON — A year after he became the first known COVID-19 patient in Washington, D.C., Father Timothy Cole of Christ Church Georgetown remains grateful to be alive.

Much has changed over the last few months. Vaccinations are now in full swing as some restrictions are being rolled back. Now, the first anniversary of the pandemic coming to the region brings times of reflection for the rector of the district church.

Father Cole's symptoms began appearing in early March after he returned home from a religious conference in Louisville, Kentucky. He first thought it was the flu, but when his condition grew even worse, he said he knew it was something much more serious.

"I started to feel unwell again," Cole said. "I collapsed on the 7th of March. It really laid me flat and affected my breathing. I kind of went up and down a little bit. I thought I was getting better than it got worse again.”

Cole's visit to the hospital would end up lasting three weeks. He received oxygen treatment during his stay and lost a total of 28 pounds during his bout with the illness.

"In retrospect, it was a pretty close call," he said. "I felt completely flattened and struggling for air."

Despite the close call, Cole told WUSA9 that he remained full of faith during the experience. While the sickness obviously brought concern, he said his religion and support system helped carry him through.

"I actually felt very peaceful," Father Cole said. "I always felt God was going to see me through, even if that meant seeing me through to the next life. I felt hugely supported by people’s prayers and I always felt calm and peaceful with what was happening. It surprised me how strongly I felt protected and held." 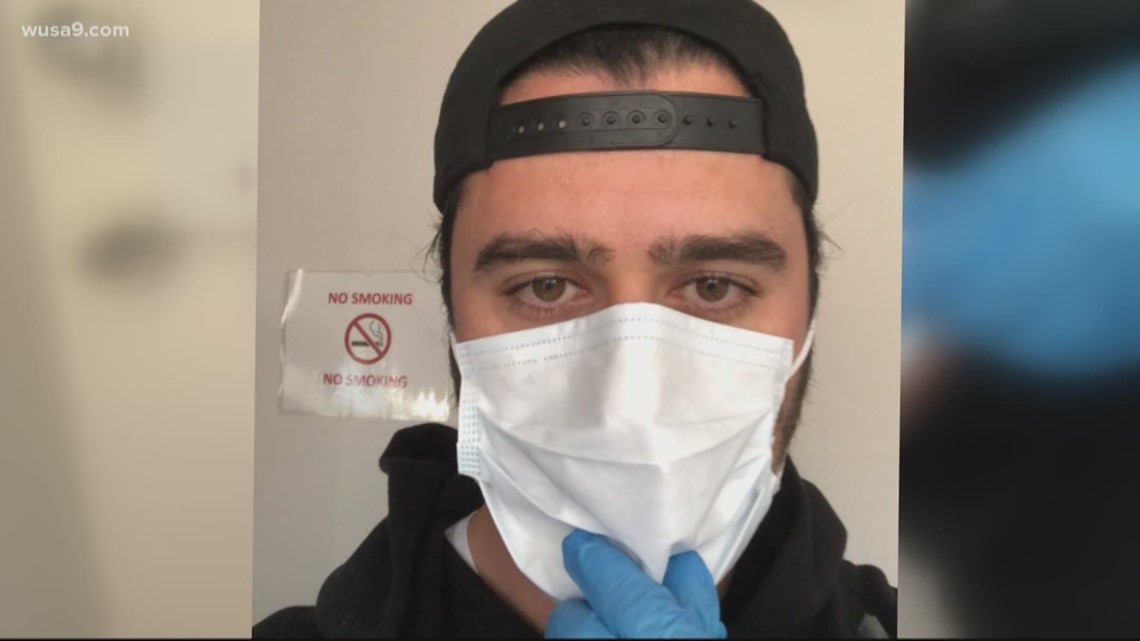 3 COVID-19 survivors share stories of recovery
Nearly 194,000 people have recovered from the coronavirus globally, according to Johns Hopkins University. WASHINGTON - While cases of the coronavirus have skyrocketed in the U.S. and other parts of the world, there are thousands of people who have recovered, and it's spreading hope to others.

One year later, over 500,000 people have passed away from COVID-19 in the country. Many restrictions still remain in place across the region, bringing struggles for small businesses and families.

After fighting through COVID, Cole said the experience has helped him gain even more perspective about challenging times and trying to find meaning.

"I felt hugely grateful when I came out of the hospital. It was like a new lease on life," he said. "Suddenly, all the little things we take for granted were suddenly very precious."

Progress can now be seen in the vaccinations taking place all across the country; Cole said he received his first dose recently.

Closer to home at Christ Church Georgetown, he can now see parishioners during small and socially distant gatherings.

"I was delighted to see in church the last couple of Sundays two or three new people who hadn’t been there for a year but had their shots," he said.

While the pandemic still faces an uncertain road ahead, Father Cole said the message of Easter can help offer some perspective and guidance during a tragic and stressful journey for so many.

"We lose something -- part of us dies or part of our life is lost and then there is a period of nothingness and waiting and impatience," he said. "Then, God brings us out of it again and then there is a new beginning and a new life. Coming out of the hospital after three weeks in intensive care, it was not that dissimilar from coming out of a tomb. To suddenly be able to see the blossoms of Georgetown and the sunshine and feel the wind on your face was a real new life experience."

Father Cole said the one-year anniversary of coronavirus in the DMV offers a time of reflection and a chance to use the experience to move forward. On Thursday, he said people would need to remain patient as the pandemic still brings plenty of health concerns and a need to stay safe.

"We have to accept that we are not going to be able to get to where we want to be immediately," Father Cole said. "On anniversaries like this, I remember that I might not be here today. I’m grateful for that."

RELATED: DC reverend: 'I am the individual who tested positive for the Coronavirus'