Based on the CHIME model, the peak number would occur in July. 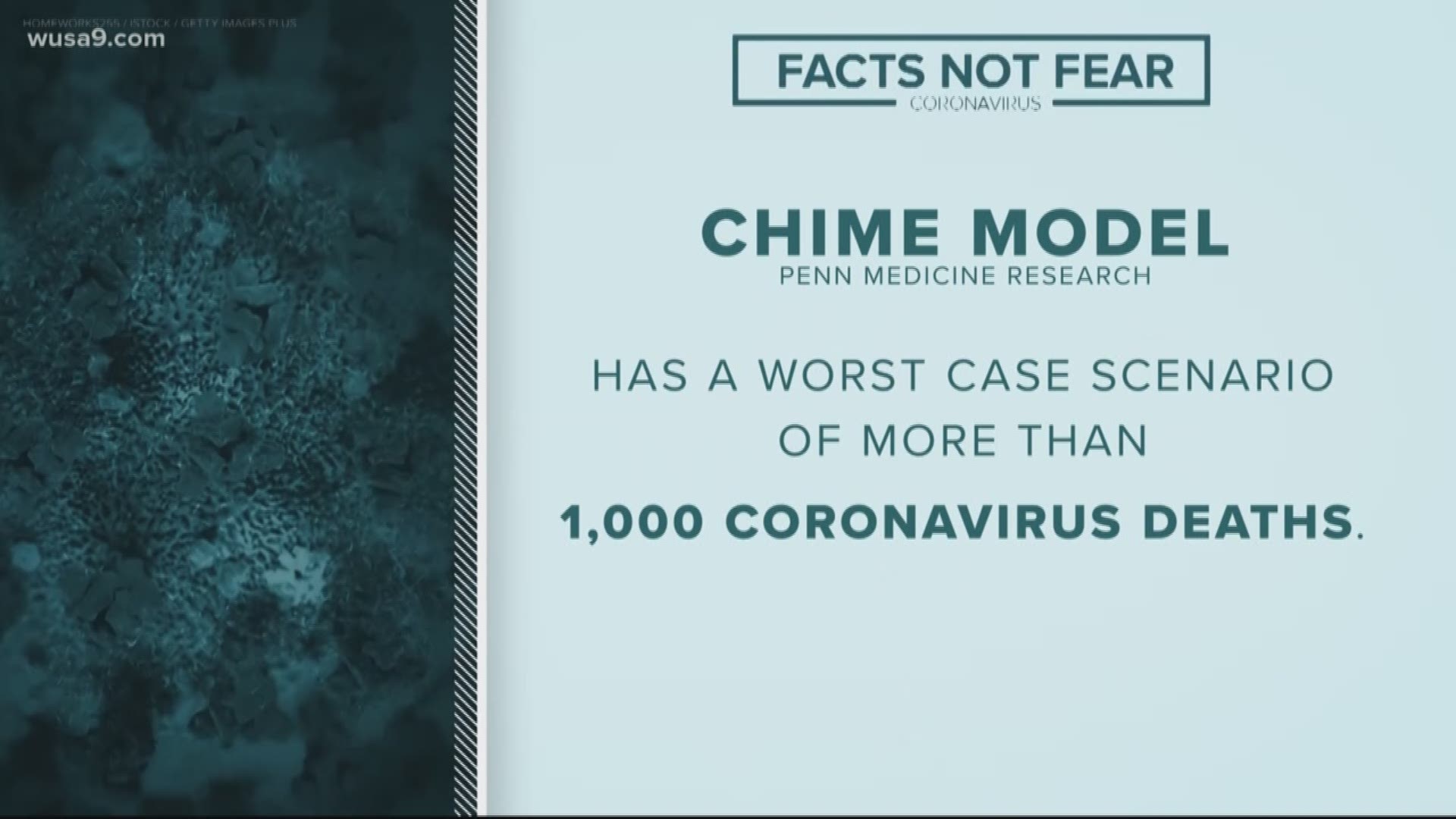 WASHINGTON — The District of Columbia projects more than 90,000 people will be sickened by the COVID-19 virus over the course of the next several months, with more than 1,000 deaths expected in a worst-case scenario.

DC Health professionals are using the CHIME (Covid-19 Hospital Impact Model for Epidemics) model to estimate the number of cases in D.C., and using that model to determine what is needed to support the outbreak.

That model differs from White House-cited predictions, which use the IHME model to predict how infections will spread.

The number of total cases projected in DC is estimated at 93,676. That's 13% of the city's population. Mayor Bowser provided three scenarios for death totals based off of the CHIME model:

The peak of people infected is expected to happen in late June or early July, according to the CHIME model.

"This is no exaggeration," Mayor Muriel Bowser said in a press conference on April 3.

Medical professionals are currently assessing needs to address the surge in medical need. Plans include opening furloughed health care facilities, establishing alternate care sites outside of hospitals, and adding staff by working with FEMA and the National Guard.

Additionally, the CHIME prediction emphasizes the need for personal protective equipment, or PPE. The city has thousands of masks and millions of gloves.

This prediction shows the city will need a maximum of 2,800 ICU beds and 1,400 ventilators.

By comparison, IMHE estimated a need of only 134 ICU beds and 107 ventilators.

Mayor Bowser said D.C. right now is short 1,000 ventilators and 2,700 ICU beds of what it would need to handle a worst-case scenario.

While the predictions seem dire, doctors stressed that surge modeling is used to help prepare for the future, while still monitoring what is happening in the District on a day-to-day basis. By using these models, the hope is that the District will be best prepared for a worst-case scenario.

Doctors said the best thing anyone can do to help slow the spread of the virus is to stay home and limit your contact with people.

RELATED: Why is testing so important to fight the coronavirus?