The Rappahannock Health District has had to close clinics and health department buildings for deep cleaning, after a nurse and office worker had COVID-19. 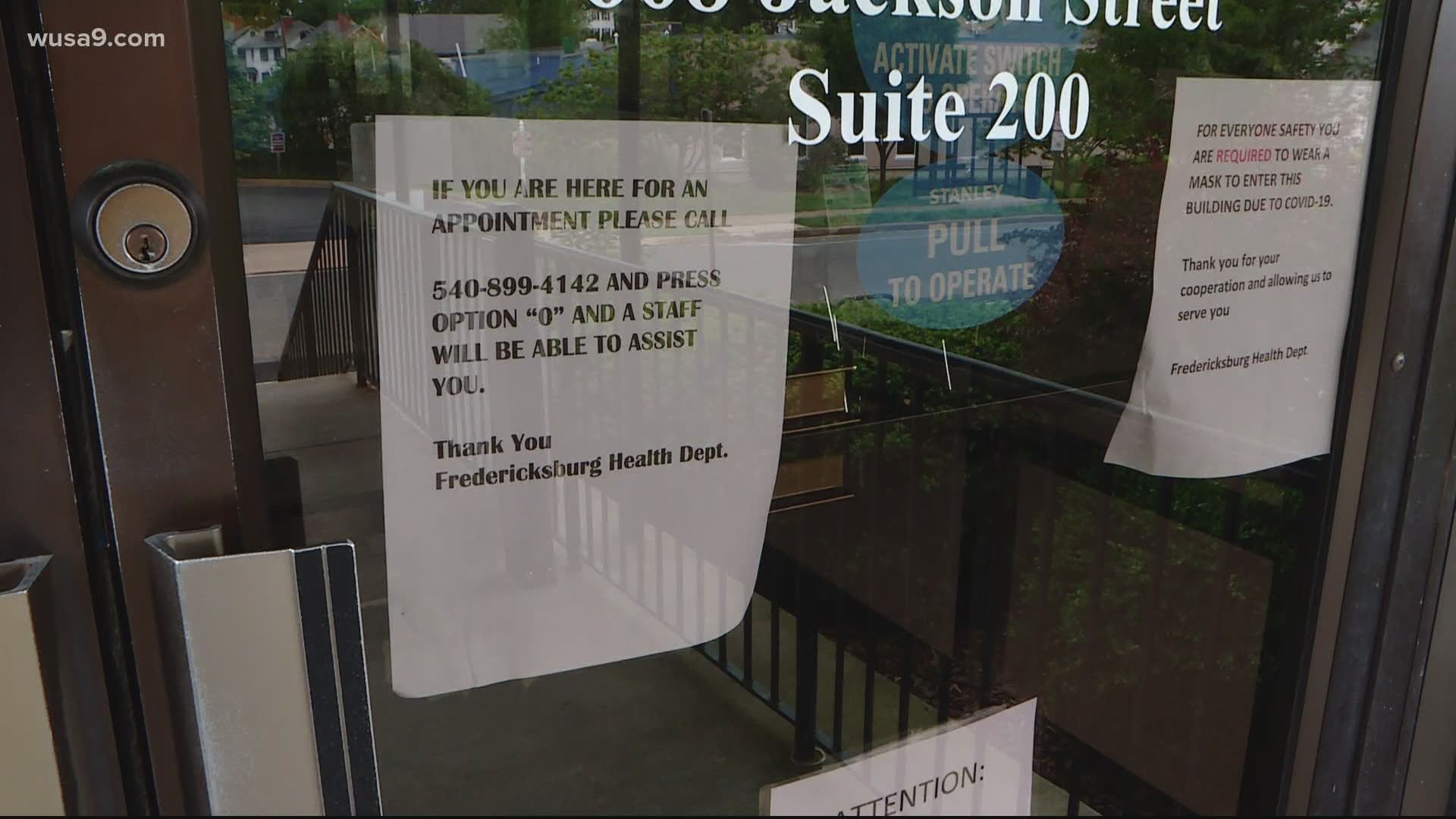 FREDERICKSBURG, Va. — A Northern Virginia health district is scrambling, after a spokeswoman said two staffers have tested positive for coronavirus and several more have had to self-quarantine.

The Rappahannock Health District -- which covers Stafford, Fredericksburg, Spotsylvania and the Northern Neck -- has had to temporarily close several clinics right in the middle of the pandemic.

The Fredericksburg Health Department building is closed for deep cleaning, as are Stafford and Spotsylvania, according to a health district spokeswoman Allison Balmes-John.

First a nurse tested positive for coronavirus and then a front office staffer contracted it. Both are at home, according to Balmes-John, but she said they are still struggling with COVID-19 symptoms.

Workers are tracing all their patient and staff contacts and letting everybody know if they too need to self-quarantine. So far, 18 other staffers have had to isolate themselves.

It's not clear if the situation is hurting the health district's ability to fight coronavirus.

"Fortunately, a lot of that can take place from home," Balmes-John said.

But the Rappahannock Health District has had to shut down in-person clinics for things like maternal health and childhood vaccinations.

"We give a lot of immunizations, Balmes-John said. "Last year, we gave over 9,000 immunizations. But we've put a complete pause on that, at least for the next two weeks."

She said it's critical children get immunized, even now.

"We don't want to trade one outbreak for another outbreak," Balmes-John said.

Right now, the Health District has a total of about 90 staffers, and 20 of them are in self-quarantine. Half the department has been working to contain the spread of coronavirus.

Balmes-John said the nurse who tested positive had been working in a clinic last week, but said she was wearing an N-95 mask with a cloth mask over it.

You can call the Rappahannock Health District at 540-899-4797 if you're concerned about possible exposure.