US women's football team stuck in Honduras, DC athlete among them

Members of a women's football team from the United States are stuck in Honduras due to the coronavirus and steps countries are taking. 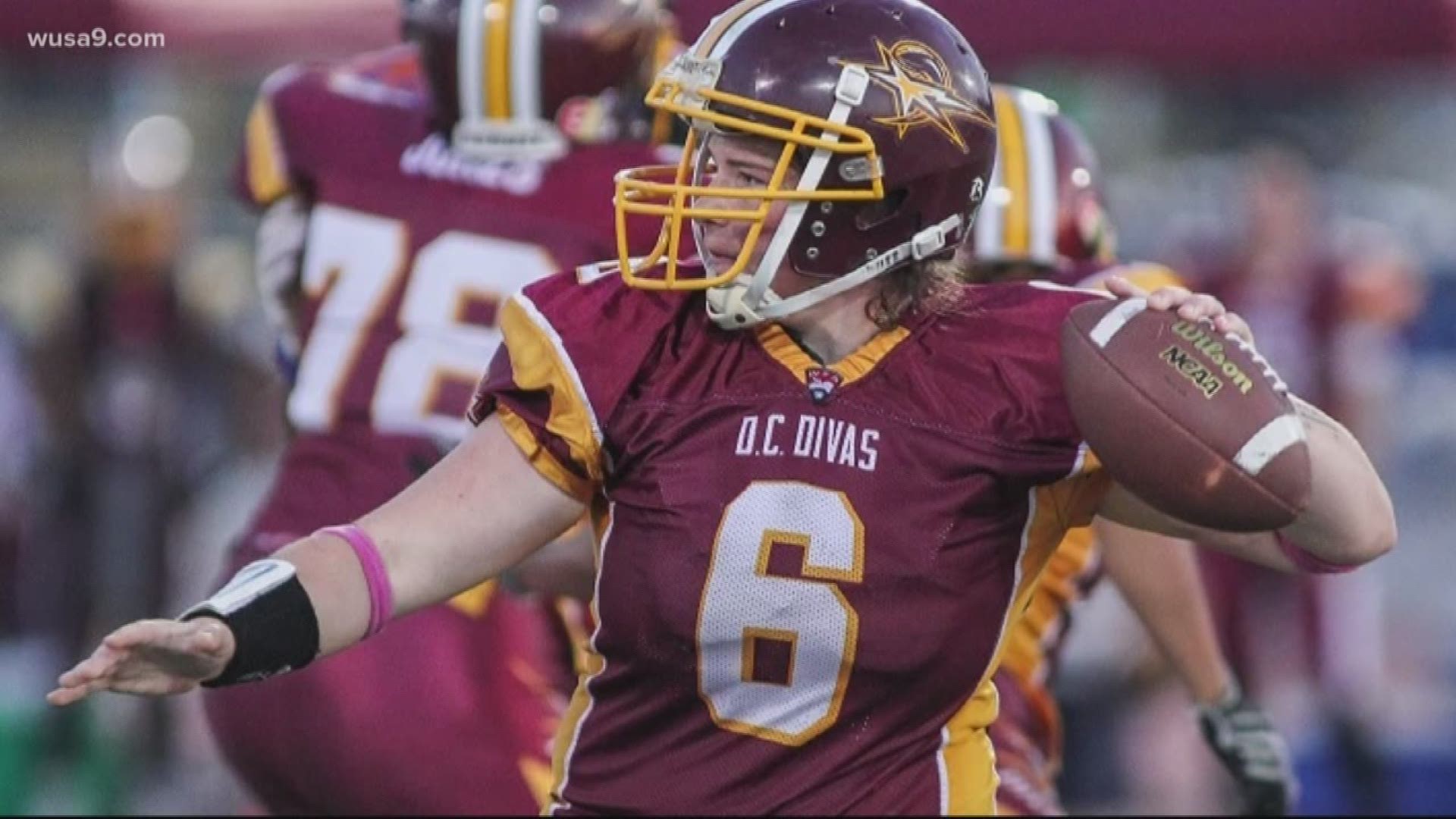 WASHINGTON — Amanda Congialdi is a quarterback for the D.C. Divas, a women's professional football team in the District. Right now, she is stuck with another U.S. based team in Honduras, who will be the country until at least next Monday, as international travel everywhere has become limited amid the coronavirus outbreak.

Representing the American Football Events USA All-Star team, Amanda and her teammates are 40 women from 23 states. They had traveled to Honduras to participate in the first-ever Americas Women's Bowl, which consists of teams from multiple countries in the region.

While the team traveled over to the country last week and played three games in two days, making it to the championship game — that game would be canceled in an effort to combat the virus in Honduras.

As deflating as that was, learning from Honduras government officials that is flights and public transportation would be canceled for at least seven days was a heavy blow.

In all, 57 people associated with the team are stuck abroad, they are now fighting to keep up with the ever-changing information they are receiving, like many of us across the world are too.

Amanda and her teammates first learned that they would be staying in Honduras for an extended stay after President Donald Trump announced Saturday that the U.S. would close its border for all land, sea and air travel for the next seven days.

The trip extension means that the team will be in Honduras three days longer than expected.

Congialdi has been apart of the D.C. Divas since 2016 and has played professionally since 2011. The native from Philadelphia spoke with us via FaceTime on Tuesday, let us know how things are going.

Congialdi said that a big thing of what's on the players' minds is what to do about essential stuff they need to be done back in the U.S., including care for kids and pets that they have back home.

"It's been difficult from a mental perspective, but from a physical standpoint we are great, feel fine. We've been able to do a little bit of team bonding stuff, which is great. I'm definitely coping with it better as my obligations (back home) have been handled for the next couple of days."

The team will be stuck in Honduras at least until Monday morning, and while one of the team's owner said they were not set up to stay in the country this long, its hotel is discounting rooms and certain food items for them, to help with the unfortunate circumstances they face.

"While things are a little more affordable, we've had to ask for donations from our friends and fans," said Sandy F. Glossenger, the team's operations manager and owner.

The team is quarantined in the hotel. Not really traveling outside of there, and they do have a security detail.

And while they sit in the hotel and hope for a safe return back home, coaches and players are still trying to have a stable routine — doing so through breaking down and watching game film, and keeping morale high.

Amanda knows that her team still traveling to play in these game was one that could be judged by many — especially with the number of sporting events across the globe that had been canceled leading up for their departure — But as a quarterback, team leader and role model to the countless women who want to play football, Amanda made a difference by traveling with her team.

In a recent Facebook post, Amanda spoke of a 16-year-old Honrusas girl that she met who plays for Honduras National Team, and how inspiring it was to be a part of an event that brought her together with a fan, and someone she can help grow the game of women's football with.

It's this positive perspective is helping Amanda and her team get through this.