Schools across the DMV are closed until late April. 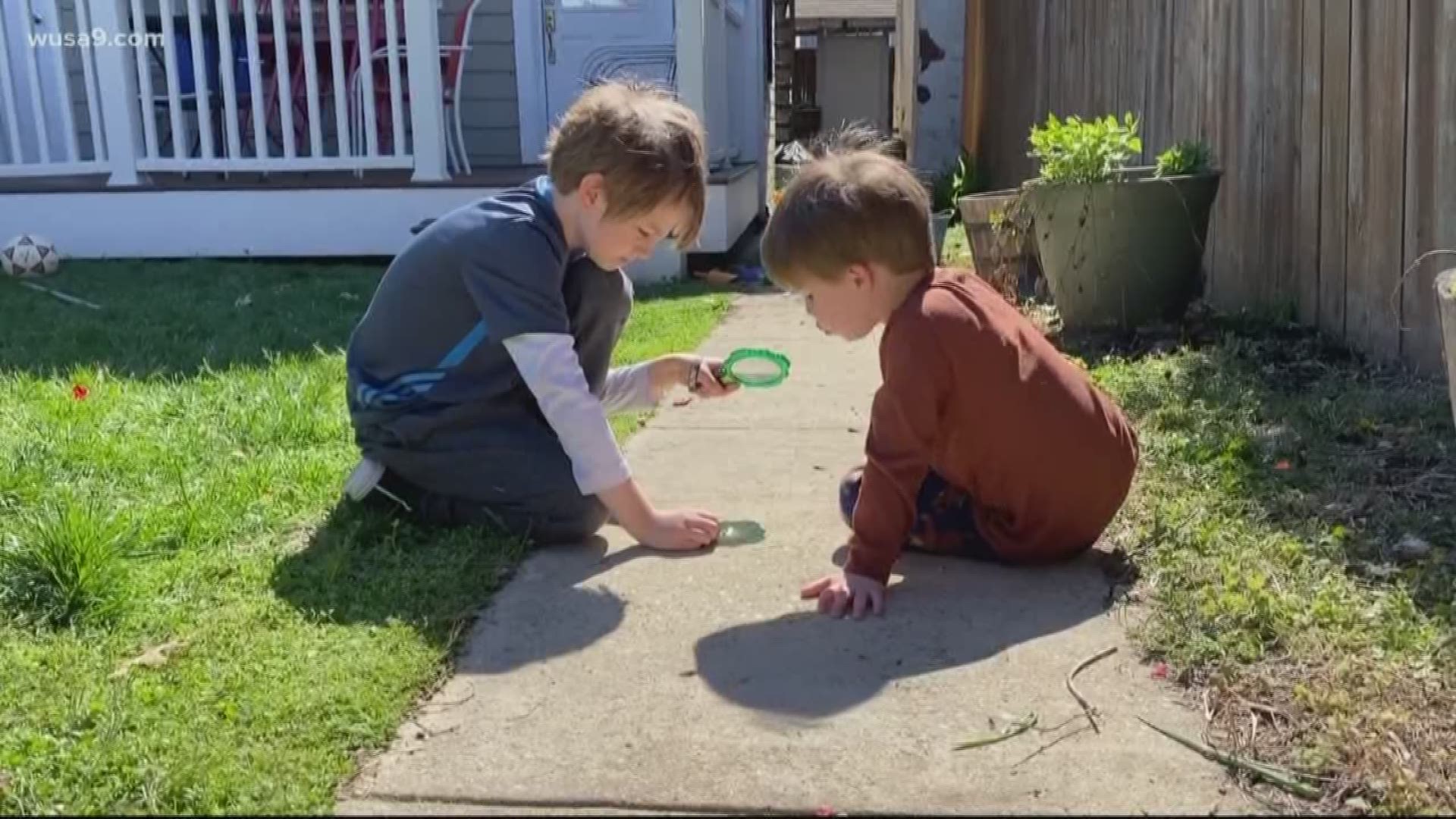 "It's been okay," Eren and Catherine Fry said. "We've been just taking it day by day, sometimes hour by hour, minute by minute."

The Fry’s have two boys: 5-year-old Declan and second-grader Eamonn. They said last week was a little bit of a scramble, but now the coordination of calendars is getting a little easier. So far, they’re doing okay.

"We’ve been trading off conference calls with watching the kids, deciding whose call is most important, who can get hit with a water gun during their conference call --  that has actually happened this week," Catherine laughed. "It's been interesting!"

The Fry’s said parenting always requires you to wear a lot of hats, but the "teacher hat" is one they’re still adjusting to.

RELATED: Day cares in Maryland to close by Friday night due to coronavirus outbreak

RELATED: Parents prepare to have kids at home during coronavirus pandemic

Both Eren and Catherine described the last two weeks as "closeness, lots of closeness."

To balance that closeness, the boys did a science experiment outside on Thursday, and have been taking walks to get out of the house.

"We're looking at different things that we can do that just are kind of small things that they're still learning at the same time," Catherine said.

"I somehow have a Pinterest account now, so I've been finding different things like scavenger hunts or other things I can do with them to keep them busy that are also educational," Eren said.

Both parents said the kids are expressing concerns over being home during a pandemic and hearing the word ‘coronavirus’ constantly. They said in an effort to combat that they’ve been trying to keep them away from any news about it, and trying to manage the innate fear that they have.

"We're okay to ride this out," Catherine said. "It'll be an interesting experience and one I think that we will all remember for a long time but we're going to make it through, somehow."

RELATED: 'She needs help in every aspect of her daily routine' | Families of special needs students are struggling to educate their children amid closures

RELATED: Schools struggle to get students equal access to internet during pandemic