People who lost job during pandemic would get COBRA subsidies under new proposal. 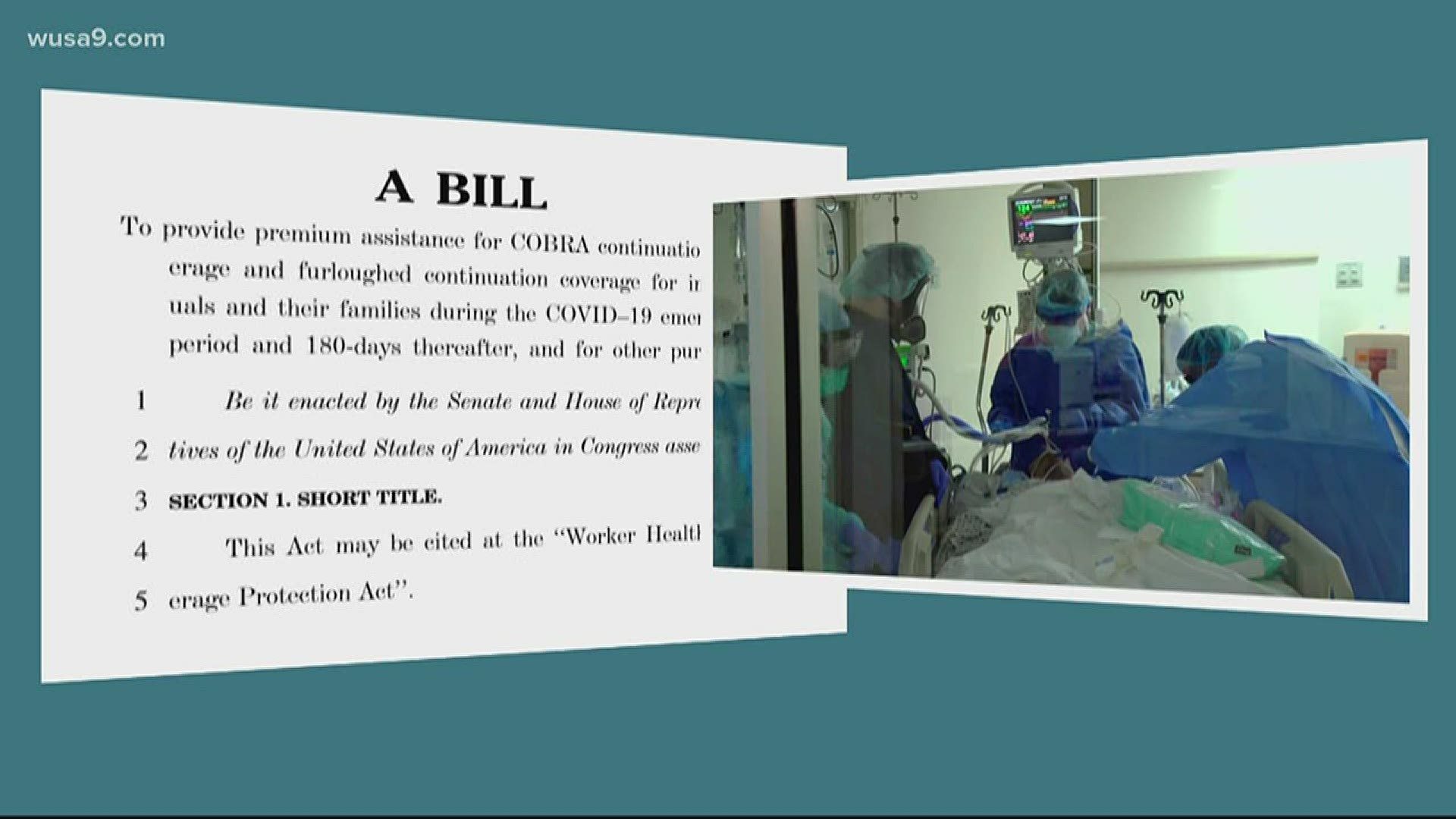 WASHINGTON — A new plan could mean another life raft for people who lost their jobs because of the coronavirus. Virginia Congressman Bobby Scott, a Democrat from the 3rd District representing the Newport News and Norfolk area, has introduced legislation that would have the federal government pay 100% of COBRA costs during the pandemic.

COBRA is a federal law that allows you to stay on your health insurance plan when you’re laid off. But you have to pay the entire cost, including what your employer was covering. That could be $1,000 a month or more, depending on the size of your family.

Scott said the Congressional Budget Office still hasn’t put a price tag on his proposal, but taxpayers are on the hook either way.

Even switching insurance can be problematic for people, especially those with family members who are currently undergoing treatment or have ongoing medical issues themselves.

“If you have a provider who's treating you, you don't want to start with a new provider that doesn't even know you,” Scott said.

Scott says his bill could end up rolled into a fourth economic stimulus plan currently being debated by Congress. But thus far, Republicans have not publicly supported the idea.

“We'll be discussing it and hopefully the question that we answer is, 'If you don't support it, do you support the status quo with all the expense and all the inconvenience to other workers?'" Scott said.