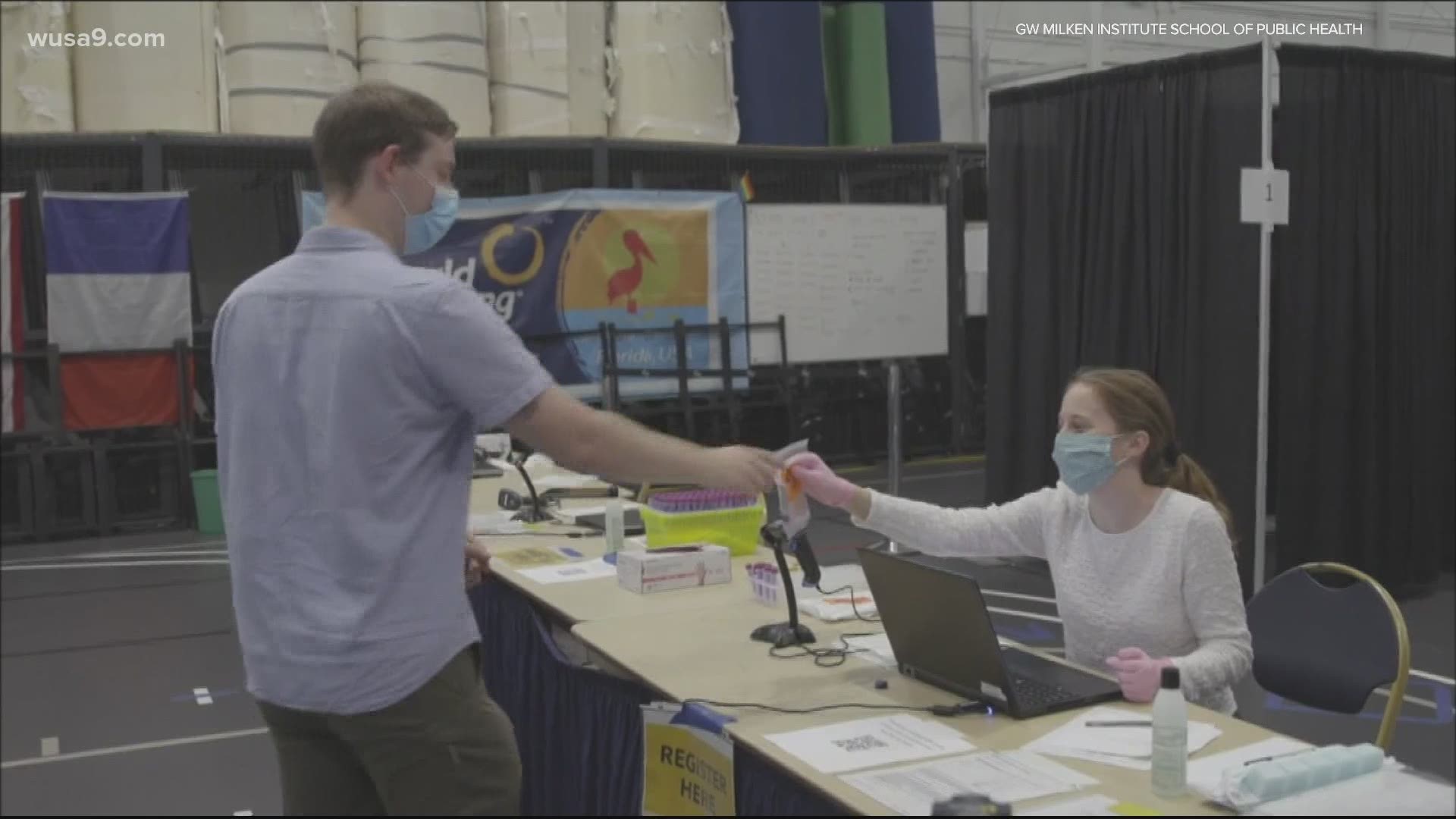 WASHINGTON — It’s Thursday, December 3, and for the second time in a week the District of Columbia has reported more than 300 new cases of the coronavirus in a single day.

It’s only the third time ever D.C.’s daily COVID-19 case count has exceeded 300. For the first time ever, the city is now averaging more than 200 new cases of the virus a day.

There’s also indications that the city’s coronavirus testing capacity hasn’t been able to keep pace. The average percent positivity for tests in D.C. has been steadily rising, and is now at 5.6%. That’s 2.6 percentage points higher than it was a month ago.

If you’re trying to get tested in D.C., you’ll probably notice the strain on the system. Since November 21, average wait times for test results have increased by a full day. Some of that may ease as labs work through the glut of tests from the Thanksgiving holiday, but since labs nationwide are reporting difficult keeping up with testing demand, it’s likely wait times will continue to be elevated from where they were in previous months for the near term.

In case you’re in a hurry and just looking for the numbers, here’s how things look today:

On Thursday morning, in Prince William County, Virginia, the county had to close a testing site for the day because it had already exceeded its capacity before noon.

Local testing sites have been closing early due to reaching testing capacity.
Today @VDHgov is reporting more than 2,000 new coronavirus cases and right now 1,853 Virginians are in the hospital with a confirmed #COVID case or have their results pending.@wusa9 https://t.co/uouw5iUcbB

Meanwhile, officials are beginning to outline which groups will be receiving the first limited doses of the coronavirus vaccine – expected to begin distribution later this month.

One group that feels wrongly left out of the first-round of vaccines: firefighters. The Center for Disease Control’s immunization advisory panel voted on Tuesday to prioritize health care personnel and long-term care facility residents in the first group of vaccine recipients. The panel put firefighters, police officers, teachers and food service workers in the second group.

In D.C., where firefighters have contracted COVID-19 at about 3.5x the rate of the general public, the firefighters union is pushing for its members to be put into the vaccine’s first group.

"We get one person that tests positive, we may be quarantining 25, 30 people, sometimes more than that,” Dabney Hudson, president of the D.C. Firefighters Association Local 36, told WUSA9’s Jess Arnold. “That creates a significant problem for our agency to be able to respond to calls.”

Maryland’s preliminary vaccination does include firefighters as Phase 1 recipients, but does not specify whether they will be in group 1A or 1B.