Virginia reported its highest COVID-19 count in a month on Friday. Here's where cases are growing

Southeastern and Central Virginia have seen growth rates of 35% or more over the past two weeks, while Northern Virginia has slowed. 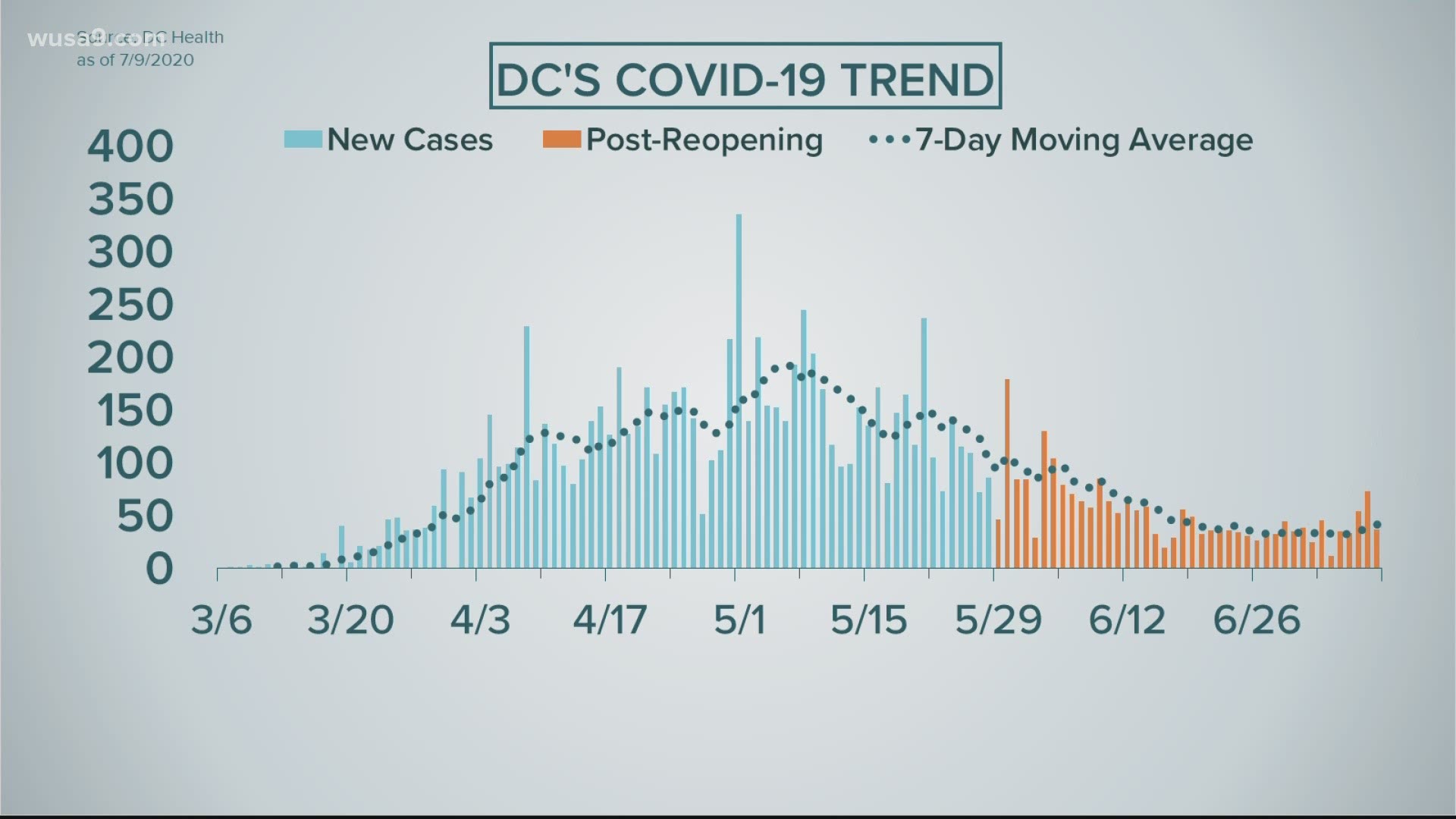 Friday’s numbers mark Virginia’s 19th consecutive day of an upward trend of not just cases, but deaths from the virus. The latter metric is experiencing a second wave, and, as of Friday, has seen its seven-day average nearly double since its low point in mid-June.

Unlike the state’s initial coronavirus wave, however, which was driven largely by Northern Virginia – on May 15, for example, the day the rest of the state began Phase I of reopening, Northern Virginia accounted for 61% of new cases – the latest wave of cases has come primarily from outside of NoVa.

According to a WUSA9 analysis of Virginia Department of Health data, as of Friday, an average of just 27% of the state’s new cases over the past week had been reported in NoVa.

In fact, the last time NoVa accounted for more cases than the rest of Virginia was June 10, just a few days after Phase II began. On that date, NoVa was averaging 371 new cases a day, while the rest of the state was averaging 382.

As of Friday, NoVa had averaged 166 new cases a day over the past week. The rest of the state was averaging 442.

Over the past two weeks, those new cases have been driven by significant growth in the southeast corner of Virginia and the West Piedmont-Central Virginia area. Between June 27 and July 10, Virginia Beach City alone reported 571 new cases of the virus – representing a 52% increase.

In Central Virginia and surrounding counties – which largely avoided the initial wave – localities like Botetourt, Bedford, Pittsylvania and Henry have seen a 35-40% growth in cases over the past two weeks.

Some of the resurgence in new cases may be part of a nationwide trend in new infections among people under the age of 30. On July 2, Virginia Beach Health Director Dr. Demetria Lindsay put out a statement urging people celebrating the holiday weekend to continue wearing face coverings and observing social distancing guidelines.

According to data from the Virginia Department of Health, almost 30% of the state’s coronavirus cases have now been in patients under the age of 30.

RELATED: Prince George's County has now had more coronavirus cases than 20 states, but leaders are focused on 'phenomenal' recovery