Heading to the beach this weekend? Get ready for many changes 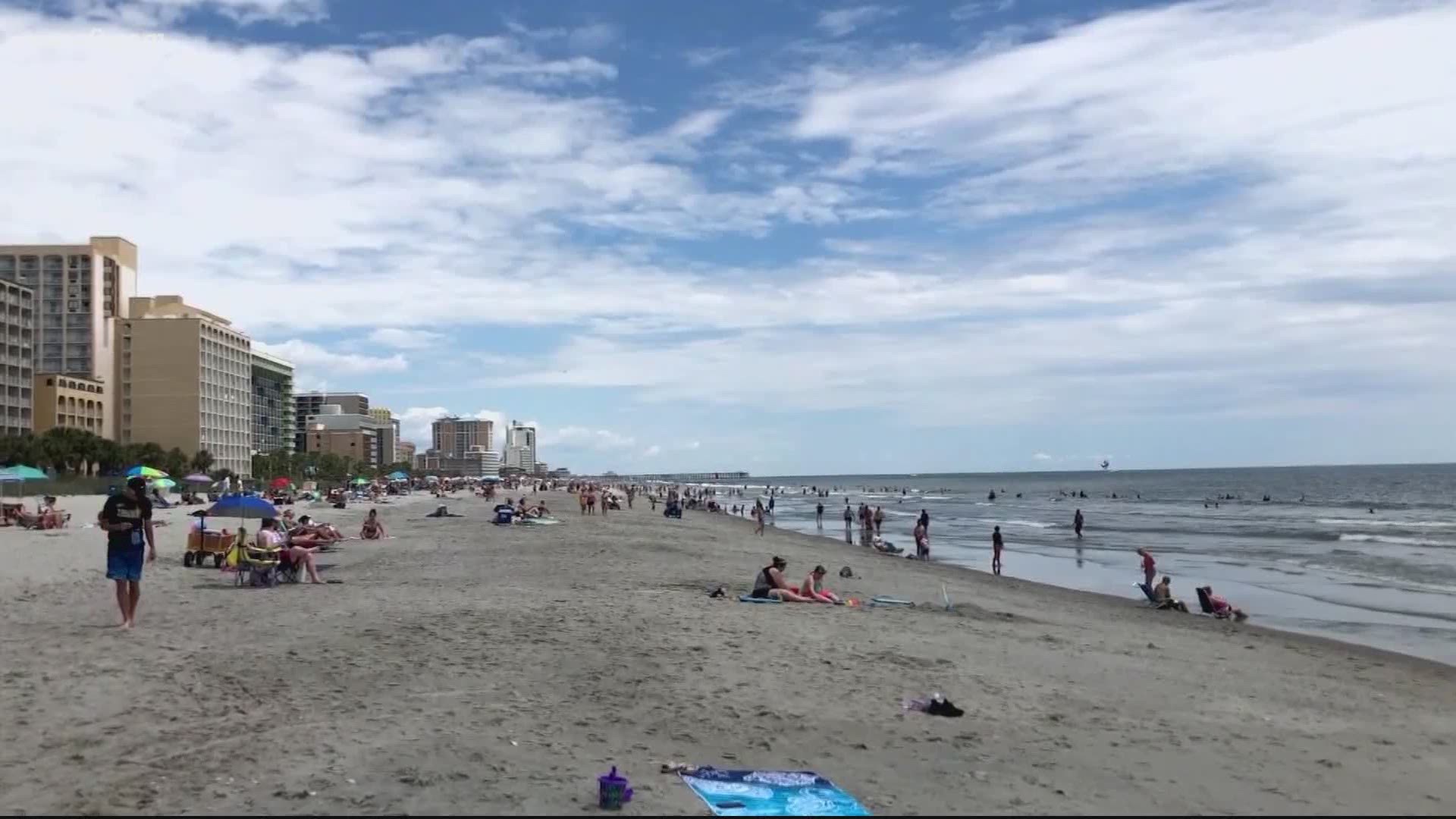 OCEAN CITY, Md. — Beach destinations up and down the eastern seaboard are preparing for a potential surge in visitors this holiday weekend.

The coronavirus' spread has affected how cities like Virginia Beach and Rehoboth Beach plan to handle Independence Day tourists.

On Tuesday, Delaware Gov. John Carney announced people will temporarily no longer be able to sit or stand at bars in the state. The governor's order said patrons will have to sit at a table elsewhere in the establishment.

Steve Montgomery, owner of The Starboard Restaurant and Bar in Rehoboth Beach, told WUSA9's Bruce Johnson that his business has already worked to limit standing around its bar.

"Because [it is] the one place I believe every bar in America is struggling with later at night, when people are drinking, not wanting to wear face masks," he said.

Ocean City, Maryland plans to postpone its Fourth of July fireworks show. The city's mayor, Rick Meehan, said at a recent city council meeting, his community could see the same big crowds it did on Memorial Day if it were to hold a fireworks show Saturday.

"It will be packed again if you do it and what's going to happen is we're going to be back on national news with a picture of how not to handle social distancing," he said.

"Our numbers, we've been on a decline consistently," she said. "We certainly don't want that to turn around."

WUSA9 has yet to hear from any local leaders who have discouraged travel to regional beaches this weekend. However, an Arlington County spokesperson did say the county continues to emphasize that all of its residents are still safer at home.