Small business owner? There are changes that may make it easier for you to get financial relief 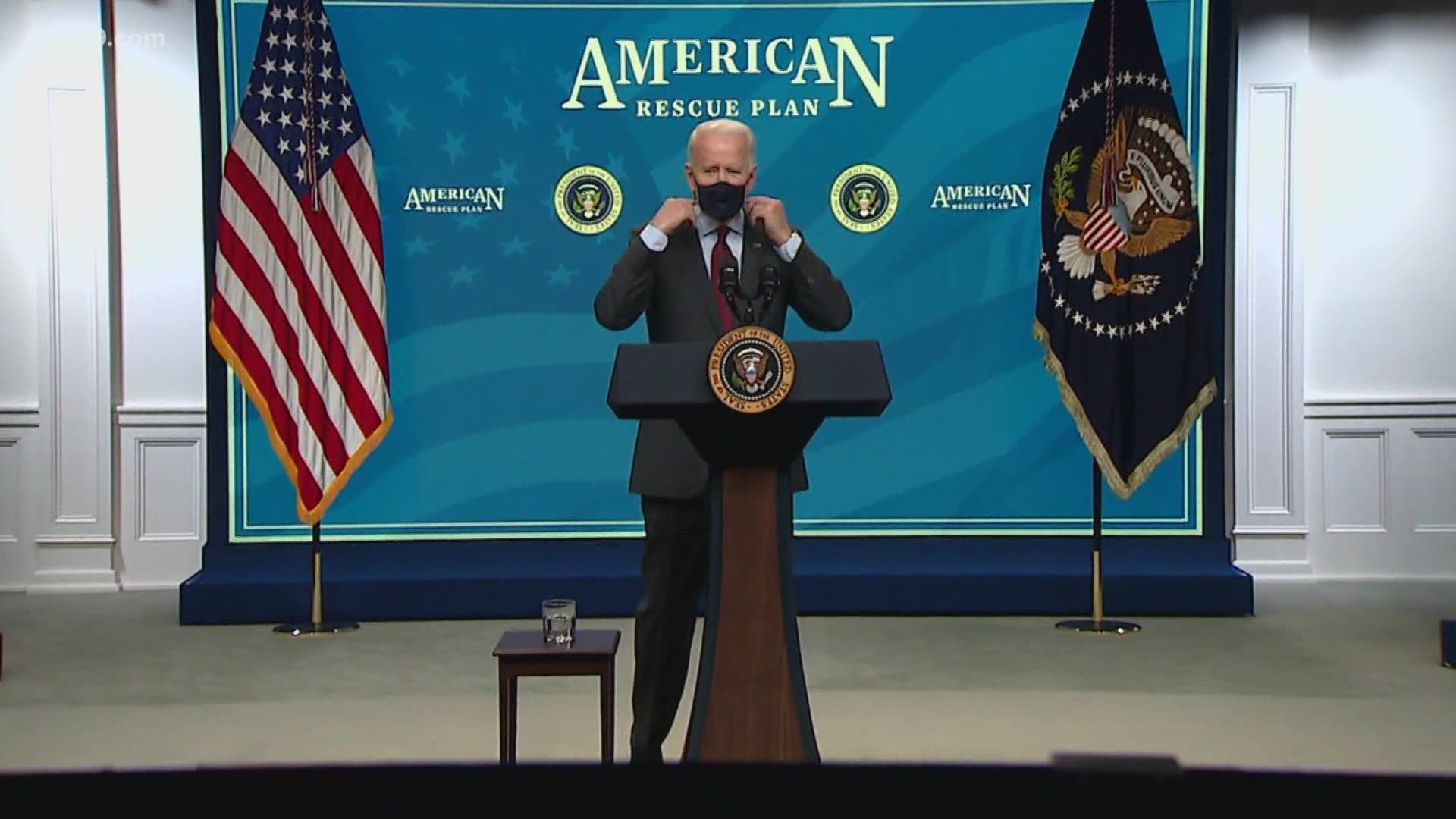 Starting this week, a 14-day window opened for businesses with 20 employees or less to apply for PPP relief.

The President said this relief aims to provide more equitable access to applicants, especially those with the smallest of small businesses.

“Small Business Administration will also remove barriers that have stopped many businesses from being able to apply for these loans. For example, we're making it so that a student loan default or a non-fraud-related criminal record does not prohibit someone from applying for the program,” President Biden said. “We're also making it easier for those one-person businesses, like the home repair contractors, beauticians, small independent retailers, to secure forgivable PPP loans.”

You can apply HERE.

Getting denied the first time

Samuel Turay has had his fitness company More Active Lifestyle, LLC for the last seven years. He said there have been ups and downs, but it’s remained consistent throughout the years. He said that all changed last March when his business was shaken by the COVID-19 pandemic.

“Businesses like us that really rely on people to people things, we suffered. Like there was no income coming in. It was like literally nothing,” Turay said.

He said he was able to talk to his landlord and different people to help him in the interim, but when he applied for a PPP loan last year, he said he was denied.

Credit: WUSA
Since the start of the pandemic, Turay said he has taken more of his business online.

“I'm being discouraged. I'm not able to do what I want to do. This is my passion. This is my love. I want to keep doing this. And if we don't get the help that we need from the government or wherever it is, we're not going to survive,” the fitness trainer said.

He said he went into debt trying to help his business survive the pandemic and now worries that debt could be the thing stopping him from getting the help he needs to get out of it.

“That's what we don't talk about. Minority businesses are suffering tenfold. Before this we’re suffering, now it's harder. Even trying to get a loan it's going to be hard and because I'm in debt,” Turay said.

Biden said the PPP reforms target the smallest businesses who had to compete with bigger companies that got muscled out of the way at the start of the pandemic by larger businesses seeking money.

Biden said the PPP changes aim to help small businesses, including those who live in rural communities and those in communities of color that have been impacted by the pandemic.

Angela Surratt has been a staple in the Alexandria community for decades. She owns Not Just Hair in Alexandria. She said she used to employ a second stylist, but because of the pandemic, it’s just her. Because of that, she said it’s made it difficult for her to get financial relief.

“Most places were requiring you to have five or more, or at least two or more employees and you know, this is a small business you don’t get much smaller than this,” Surratt said.

Credit: WUSA
Surratt has spent the last 32 years as a hairstylist in the Alexandria area.

She said she got $5,000 last year through PPP loans, which she said helped, but wasn’t much after going through three months of no income.

“I was like, okay, that's gone, and then it wasn't covering rent or utilities but just a small portion of that. It’s hard to keep the business open if you can pay your employees but you can’t pay your rent then there’s no place for them to work,” Surratt said.

Surratt said it’s hard to compete for aid against large businesses when you’re a small mom-and-pop business. She also said it takes a lot of time to apply for PPP loans when there’s no certainty it will be approved.

“It's an extra thing to do as a business already, even though we have a lot on your plate. And then, you don't even know if you're going to get it after all of that. They force you to do your taxes early, you don't have to submit them, but you have to do it. So that is a major thing to have to do before you can even apply for it,” Surratt said.

She said she doesn’t know what will happen if she doesn’t get aid, and she’s currently in the process of applying for this new round of PPP.

“A lot of people just aren't comfortable with coming back into spaces like this where multiple people have been in and out of here whether they're in here or not. So no, it hasn't really gotten better,” Surratt said.

Small businesses need relief, but many were muscled out of the way by big companies last year. That’s why starting today, we’re opening an exclusive 14-day loan application period for businesses and nonprofits with fewer than 20 employees.

The 14-day exclusive application period will allow lenders to focus on small businesses, according to White House officials.

RELATED: More coronavirus relief on the way for small businesses