Dozens of homes in Centreville, Virginia are hanging shamrocks in their windows, as a safe way for kids in the community to practice 'social distancing.' 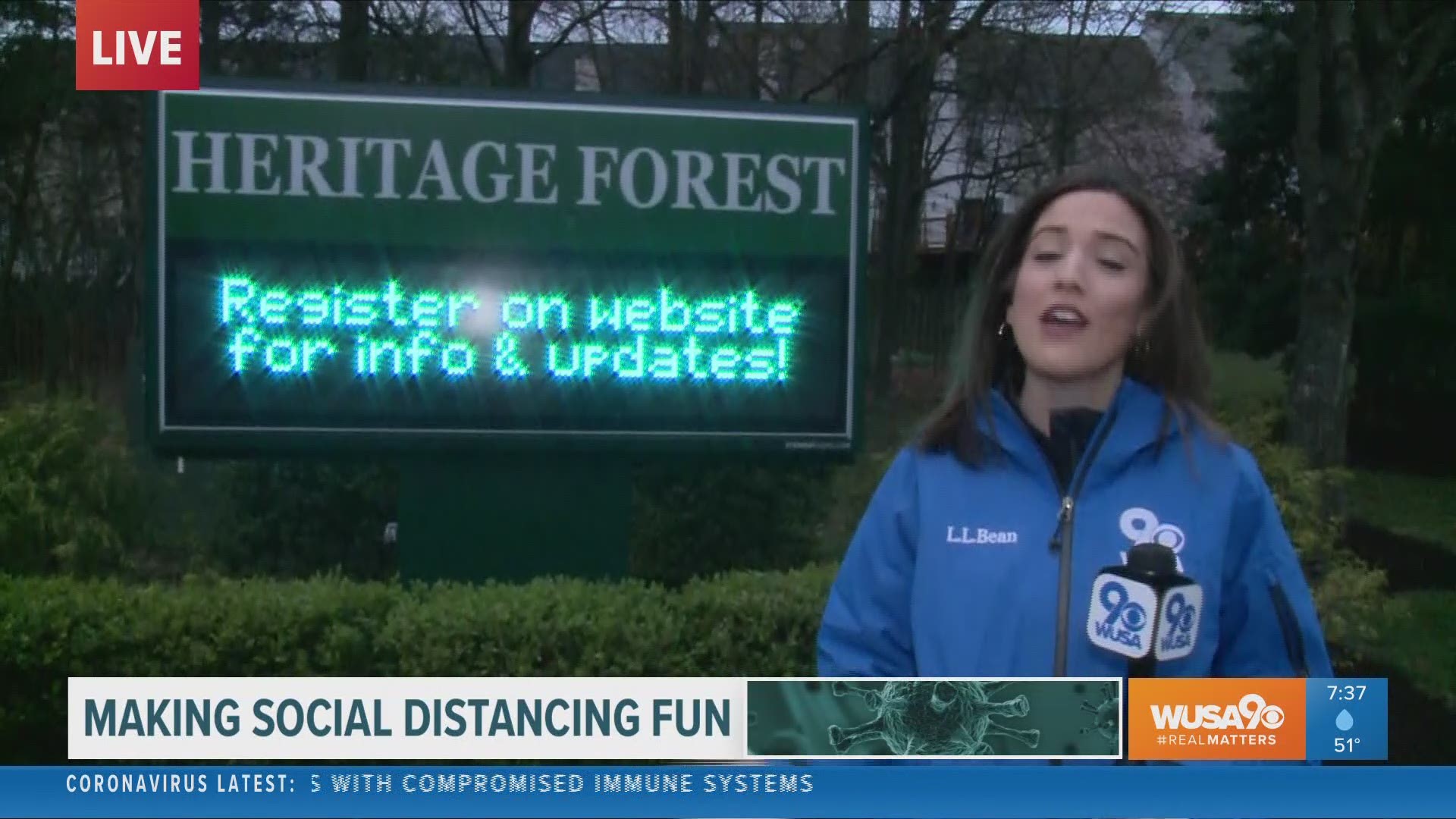 CENTREVILLE, Va. — Even though we're socially distancing, it doesn't mean you have to be completely lonely. Parents in Fairfax County hope to make social distancing a fun and educational activity.

During this uncertain time, where many community events are canceled, one Centreville neighborhood is coming together to create a safe game that can be played at a distance. Dozens of homes in Centreville placed shamrocks in their windows as a way to interact with the youngest members of the community while staying at a safe distance.

Shawna Garrett discovered the idea online and thought it would be a great way to spend quality time with her daughter. "These are conversations that you were not normally having because you had the TV or schoolwork or running from sports to sports. It is nice to slow down. Maybe that is the silver lining in everything," said Garrett.

Garrett shared the idea with other families in her neighborhood using the Nextdoor App, and other parents loved the idea. "I thought about it and decided lets just put it out there and see what happens. I expected five or ten friends to do it and it blew up from there," said Garrett.

The idea is simple. It is a shamrock scavenger hunt scattered across the neighborhood but the idea is much bigger than a game. It is also a way to keep the community together while still practicing safe social distancing.

"It’s been nice to see the community coming together and supporting our kids as well as each other," said Garrett.

The idea is spreading to other communities across the DMV as well, including Montgomery Village. Parents in Centreville hope to continue the game through April with hiding Easter eggs.

RELATED: 'One more life we can save' | Possible surge in pet take-ins from coronavirus brings need for foster & adoptive parents